Comments. The sculpture of the pronotum is similar to that of notelaea   and diaspora, suggesting that these represent an Australian radiation within this genus, which is possibly in association with species of Oleaceae   . This species is distinctive for the weak sculpture on the head and the almost uniformly light brown antennae and fore wing. 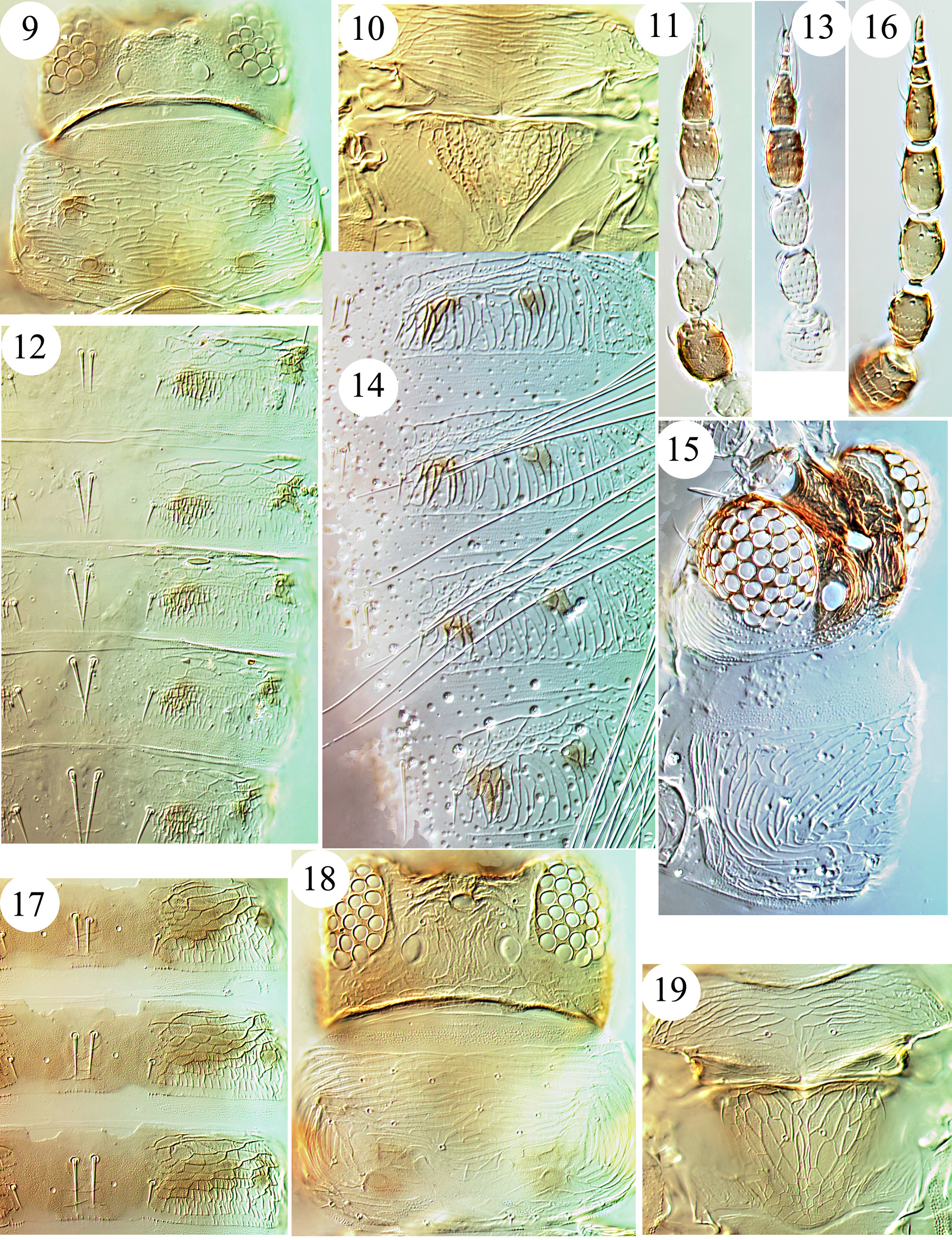