Comparison. Stethantyx orellana sp. nov. may easily be distinguished from all other species of the genus by its very slender second tergite of metasoma which is 3.4–3.7 × as long as broad anteriorly (at most 3.0× in other species). This species is also characterized by the predominantly black head and mesosoma, broad elongate basal area of propodeum, and ovipositor sheath 1.6 × as long as first tergite.

Etymology. Named after the type locality, Orellana province in Ecuador. 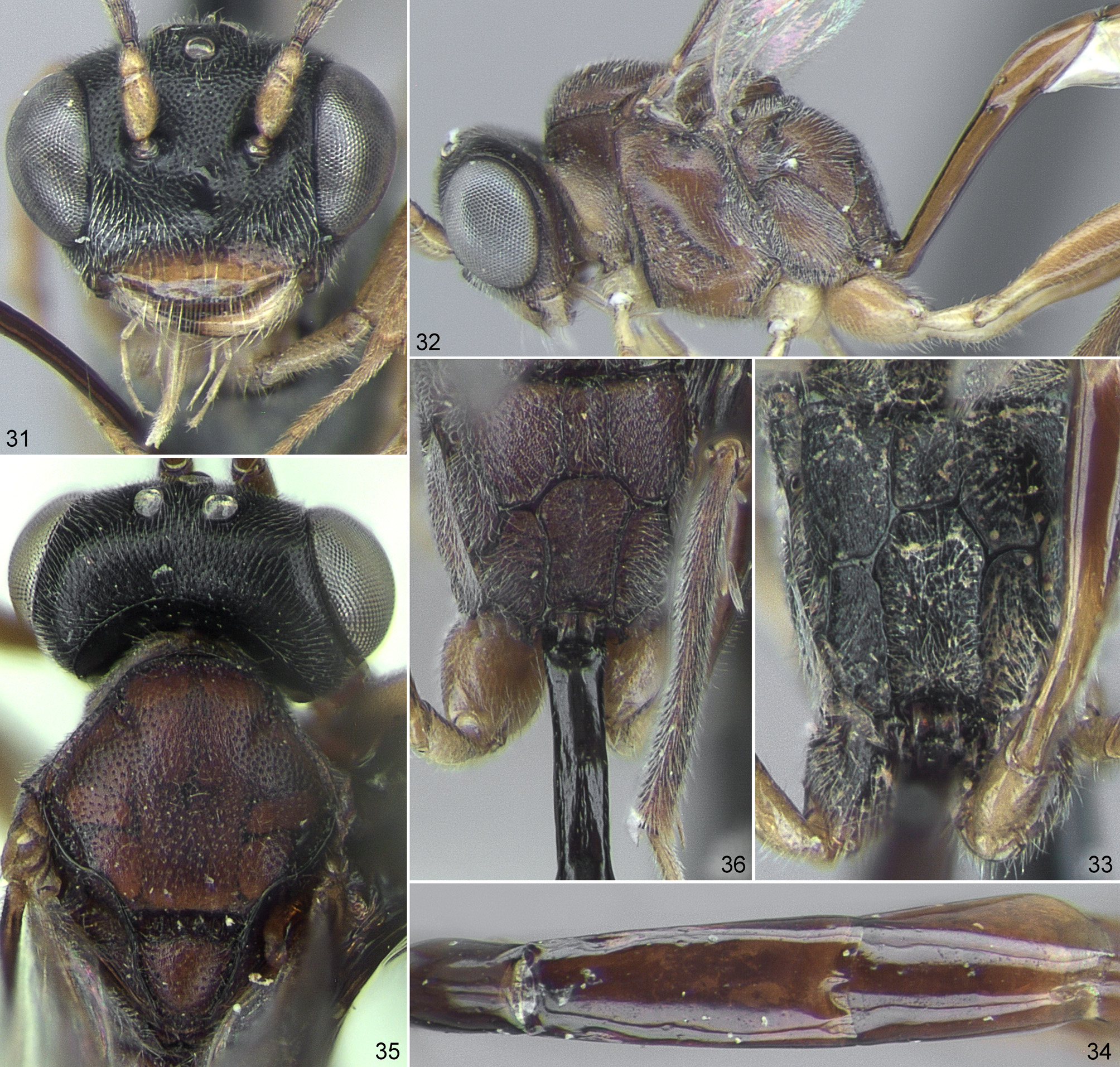