Dorsal hindwing also orange and dark brown; costal cell grayish orange; wing overscaled with orange setiform scales from mid-discal cell caudad beyond vein 2A, nearly to termen along vein 2A; orange occurring in posterior discal cell, central 1/2 of Rs-M1, proximal 3/4 of M1-M3, proximal 3/5 of M3-CuA1, and proximal 2/3 of CuA1-CuA2 and narrowly along proximal 1/2 of vein CuA 2 in CuA2-2A, all with distal edges concave and divided by dark brown veins; fringe orange.

Dorsal hindwing brownish along costal margin; overscaled with pale orange setiform scales from middiscal cell caudad beyond vein 2A, nearly to termen along vein 2A; opaque yellow-orange postmedial macules in Rs-M1, M1-M3, and M3-CuA1, and CuA1-CuA2, that in Rs-M1 more or less quadrate with distal edge concave and mixed with blackish scales, that in M1-M3 largest, more or less quadrate, that in M3- CuA1 quadrate, in base of cell, partially overlapped by macule in M1-M3, that in CuA1-CuA2 quadrate, completely overlapped by macule in M3-CuA1; macules all divided by brown veins; a few yellow-orange scales at distal end of discal cell; fringe grayish orange.

Distribution and phenology. Verifiable records of P. rolla   exist for Costa Rica and Panama ( Godman and Salvin 1879 -1901, Evans 1955, this study; but see below). The flight season appears concentrated from December through June (11 of 13 records, 14 of 17 specimens).

Discussion. Pamphila rolla   was placed in the catchall genus Atrytone Scudder, 1872   , by Godman and Salvin (1879 -1901) and later in Poanes   by Hayward (1947) where it was retained by Evans (1955) and most subsequent authors (e.g., Mielke 2005b) despite its removal from that genus by Burns (1992a). The superficial color and pattern of P. rolla   is indeed reminiscent of such familiar taxa as Poanes hobomok (T. Harris, 1862)   , Poanes zabulon (Boisduval and Le Conte, [1837])   , and Poanes taxiles (W. H. Edwards, 1881)   , but its male and female genitalia ( Fig. 68 View Figure 67-70 , 91 View Figure 90-92 ; see also Godman and Salvin 1879 -1901, Evans 1955) are very different (e.g., see figures of Poanes   in Burns 1992a). Conversely, male genitalia are very similar to those of Buzyges idothea   in nearly all aspects; the valvae of the two species are virtually identical. Similarly, female genitalia of P. rolla   have a broad, centrally constricted, and relatively short ductus bursae and a very broad sterigma much like those structures of B. idothea   . Those genital characters, along with the presence of tibial spines and absence of a stigma, support the new combination of Buzyges rolla   here proposed.

Draudt (1923) considered Hesperia zachaeus Plotz, 1883   , its description based on a female putatively from Suriname, as a dark form of Atrytone melane (W. H. Edwards, 1869)   , that species now placed in Poanes   . Female B. rolla   are darker than P. melane   from California, but are of about the same color as those from Mexico and Central America. The maculation of B. rolla   and P. melane   are quite different, especially in the pattern on the ventral hindwing where P. melane   has a very large macule (usually the largest on this wing) in Sc+R 1 -Rs. Evans (1955) placed H. zachaeus   as a synonym of Pamphila rolla   . Mielke and Casagrande (2002) showed that H. zachaeus   had several months’ priority over P. rolla   and thus P. rolla   fell into its synonymy. No type material, however, of H. zachaeus   has been encountered ( Mielke and Casagrande 2002), and it is unlikely that Draudt’s (1923) statement or Evans’ (1955) synonymy were based on actual comparisons of specimens. This and the putative type locality for H. zachaeus   render this synonymy equivocal. Neither P. rolla   nor H. zachaeus   have subsequently been reported from Suriname (de Jong 1983a); P. rolla   is documented only from Panama and Costa Rica ( Godman and Salvin 1879 -1901, Evans 1955, this study), although its type was attributed to South America ( Mabille 1883). Unless a syntype of H. zachaeus   is located, its identity and status remain unknown and the taxon is not considered here within the synonymy of P. rolla   , but provisionally treated as a nomen dubium. Pamphila lagon Mabille, 1891   , was determined as synonymous with P. rolla   , a lectotype male was designated, and its type locality (“Cooktown”) was considered a lapsus ( Mielke and Casagrande 2002). 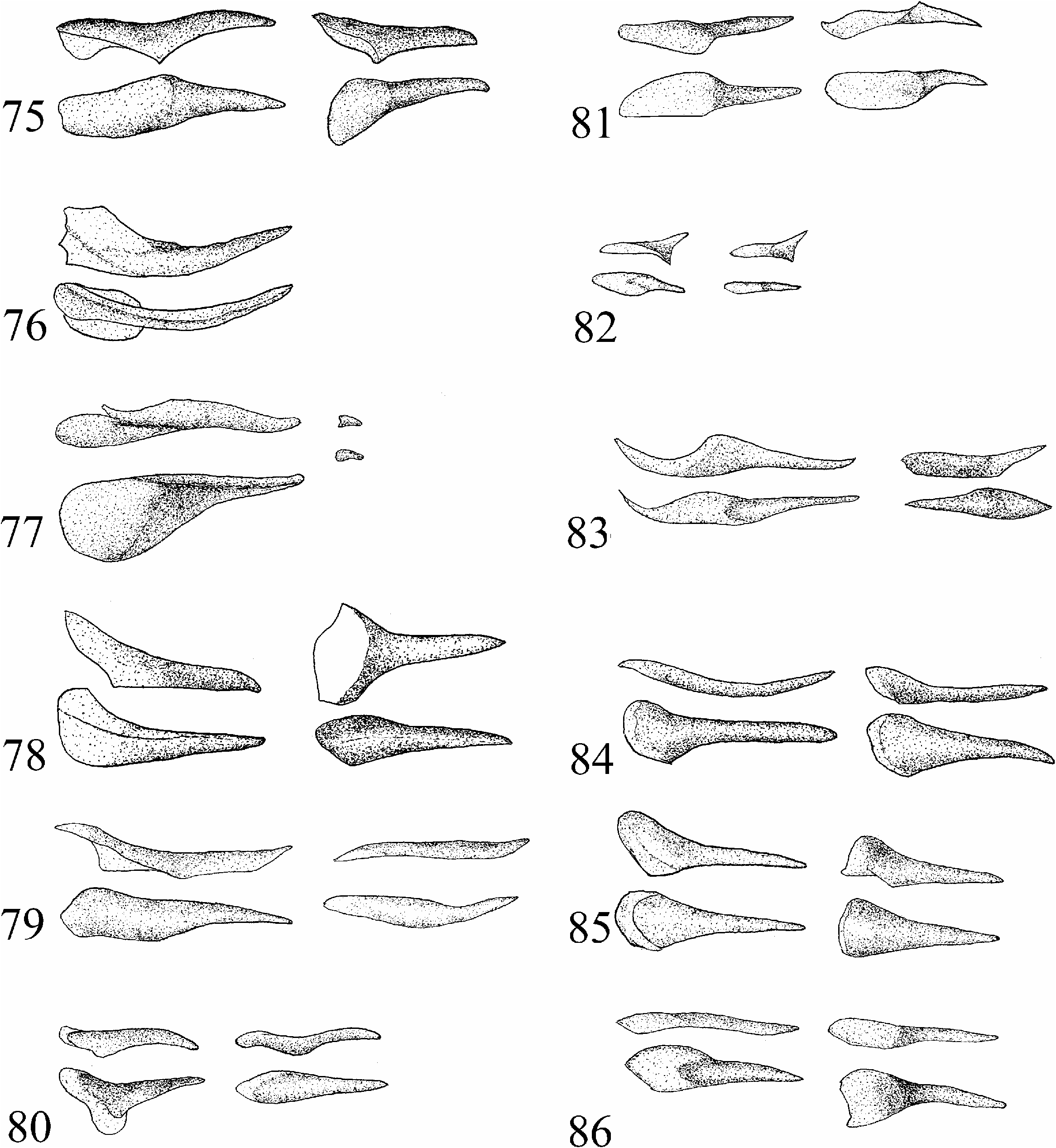