Remarks. This is a large and distinctive species of Caligus   readily characterized by the possession of posterolateral lobes on the female genital complex, in combination with the elongate spines on the exopod of leg 4, the spatulate tines of the sternal furca, the ornamentation of the distal margin of the maxilla and the presence of crescentic membranes on the third segment of the endopod of leg 2. The male described by Ho & Lin (2004) is not conspecific with the female; the true male of C. longipedis   was redescribed by Venmathi Maran et al. (2009). 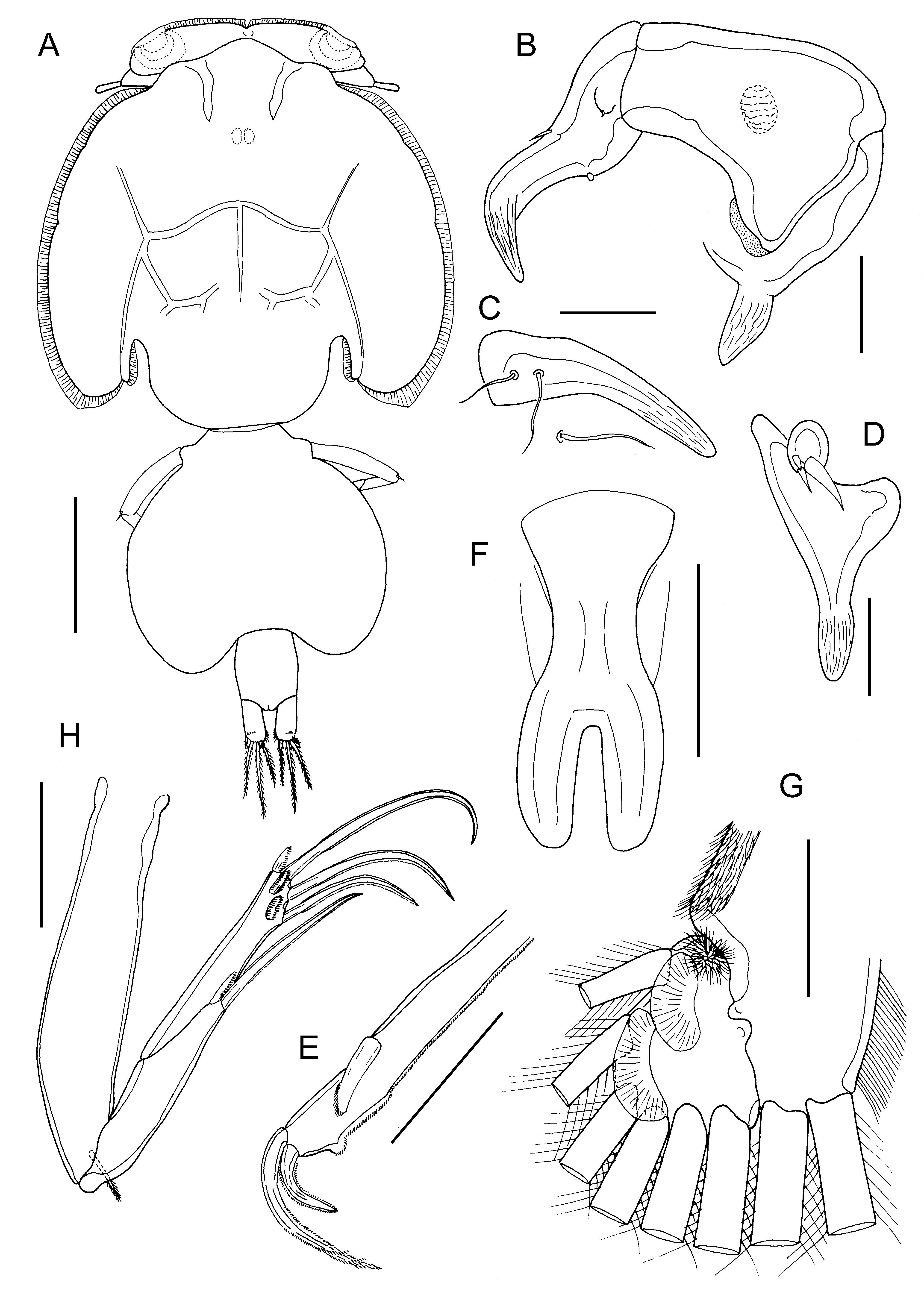