Var ia t io n: The total number of segments in all specimens complete revised varies from 61 to 81 segments.

Remarks: These specimens resemble P. quadrilobata (Augener, 1918)   from southwestern Africa, because of the presence of eyespots, uncini from first three neuropodia with long posterior process (manubrium) and by the absence of branchial cavity. Day (1967) indicated that uncini on the first pair of neuropodia have a long occipitium and a posterior process, but in the specimen from the Mexican Caribbean they have a short occipitium. Furthermore, these specimens have three pairs of lateral lappets, the second and the third reduced, while in the African specimens, only the second pair is dorsally reduced. Kritzlers (1984) records are closer to the African forms than to Mexican Caribbean specimens for having the second pair of lateral lappet dorsally reduced. We consider doubtful that Mexican specimens belong to P. quadrilobata   because of the reasons above, but it is necessary to compare material from both localities to determine whether this material represent P. quadrilobata   or not. 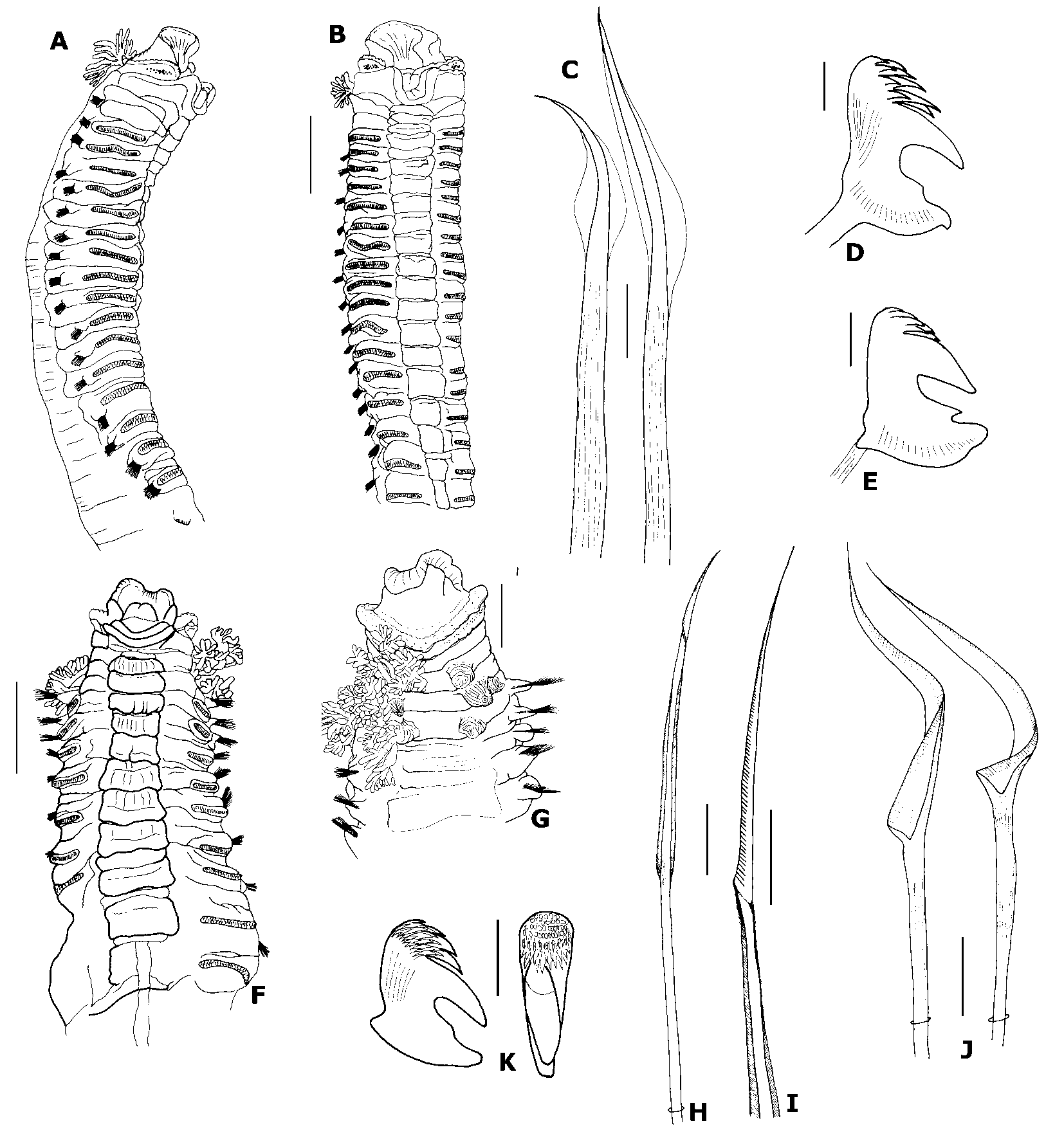