Head and thorax (color). Color pattern very similar to that in Japanagallia hamata Zhang & Li   excepting spots on crown fused with each other forming black band, and legs with larger black areas.

Remarks. This species is very similar to J. hamata Zhang & Li   in color and form, and was misidentified as that species by Viraktamath, et al. (2012), but it can be distinguished from the latter by the slender body; the pygofer lobe bearing a pair of spinelike caudodorsal processes directed mesad; the aedeagal shaft possessing additional processes; and the well developed preatrium of the aedeagus bearing a pair of slender processes. 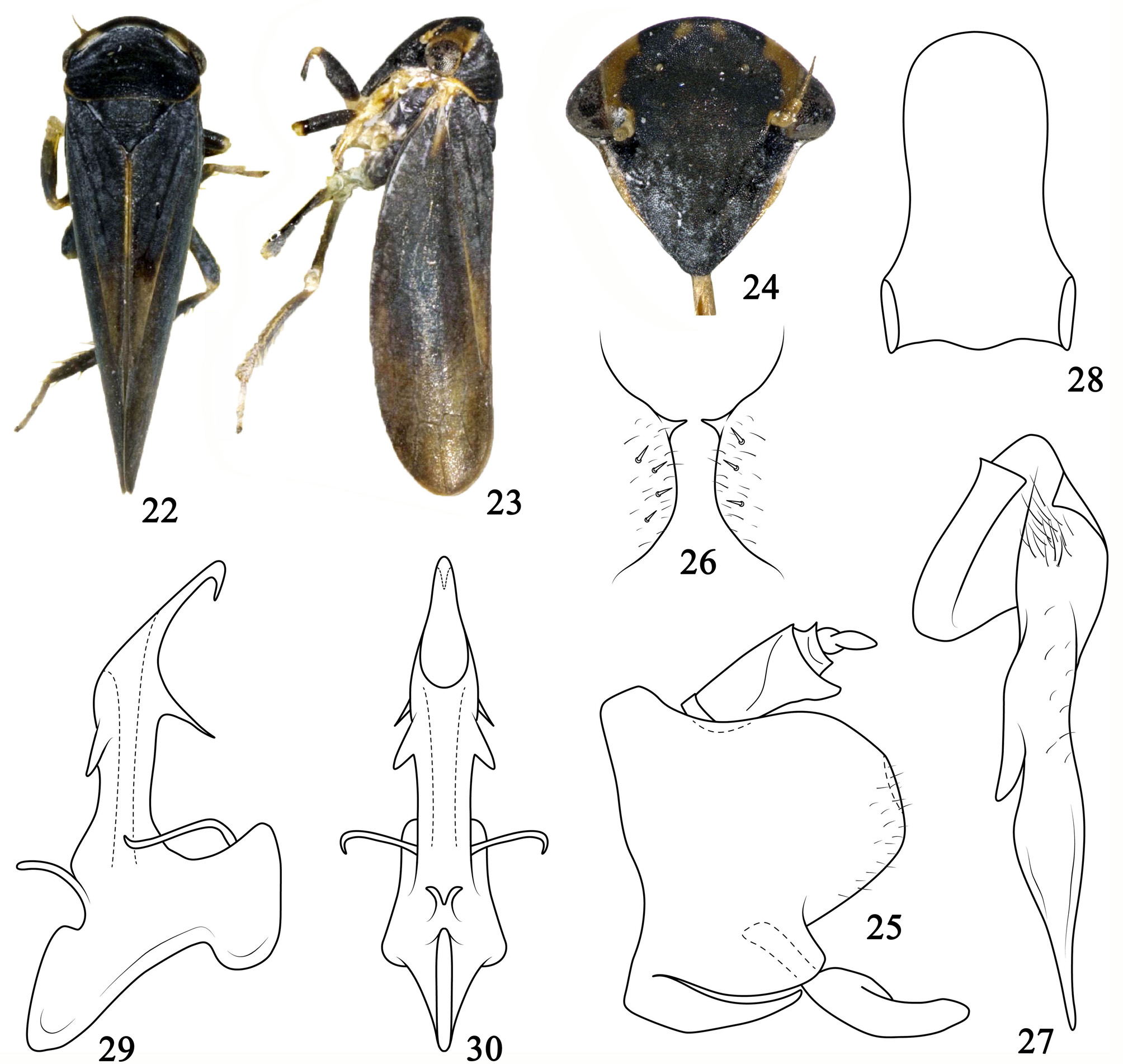