Remarks. This new species is very similar to Japanagallia peculiaris Viraktamath   and can be distinguished from the latter by the symmetrical aedeagus with a slender ventral process directed dorsally and bifid apically, slender processes pointed dorsally at the midlength of the shaft on the ventral margin, and the shape of the pygofer lobe.

Etymology. The new species name alludes to the long slender ventral process of the aedeagus. 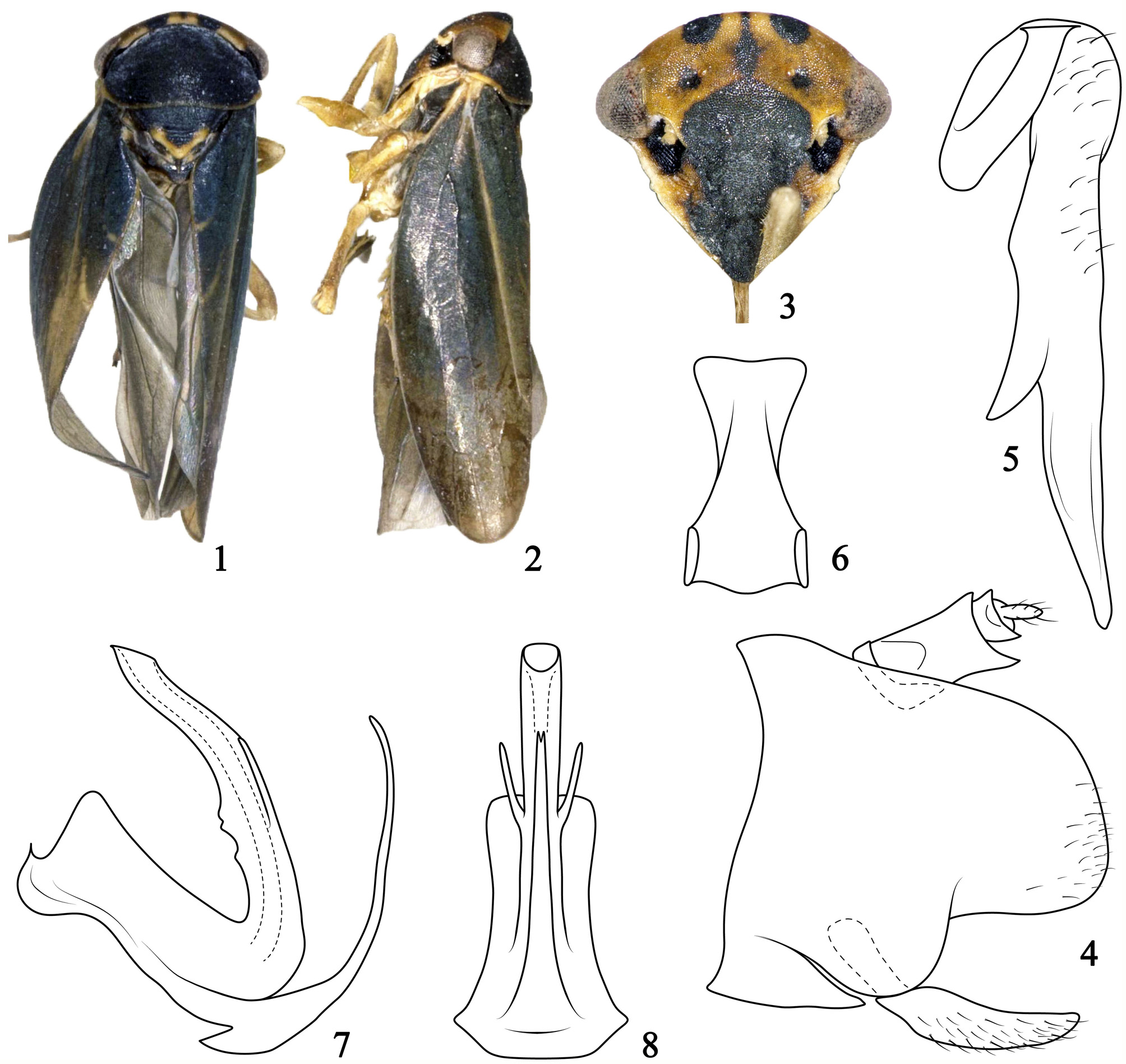