The following description concerns species that share many characteristics with Otacilia   but in which the genital organs deviate considerably in structure from the species placed in Otacilia   . The head is differently shaped. They are separated here into a new genus.

Diagnosis.— Similar to Otacilia   , differs from that genus by the wider and more convex head and the modified genital organs. The chelicerae are differently toothed. The leg tarsi are almost as long as the metatarsi. The male palp has an enormously enlarged and sclerotized embolus. The epigyne exhibits a pair of chitinized ridges in much advanced position immediately lateral to the pedicel which possibly serve as arresting point for the embolus. The vulva is unusually complex and lacks thin-walled bursae, heavily sclerotized and difficult to analyse; the openings are enlarged and sclerotized.

Distribution and habitat.— Only found in NW Sumatra, in leaf litter.

Etymology.— After its collector Suharto Djojosudharmo. 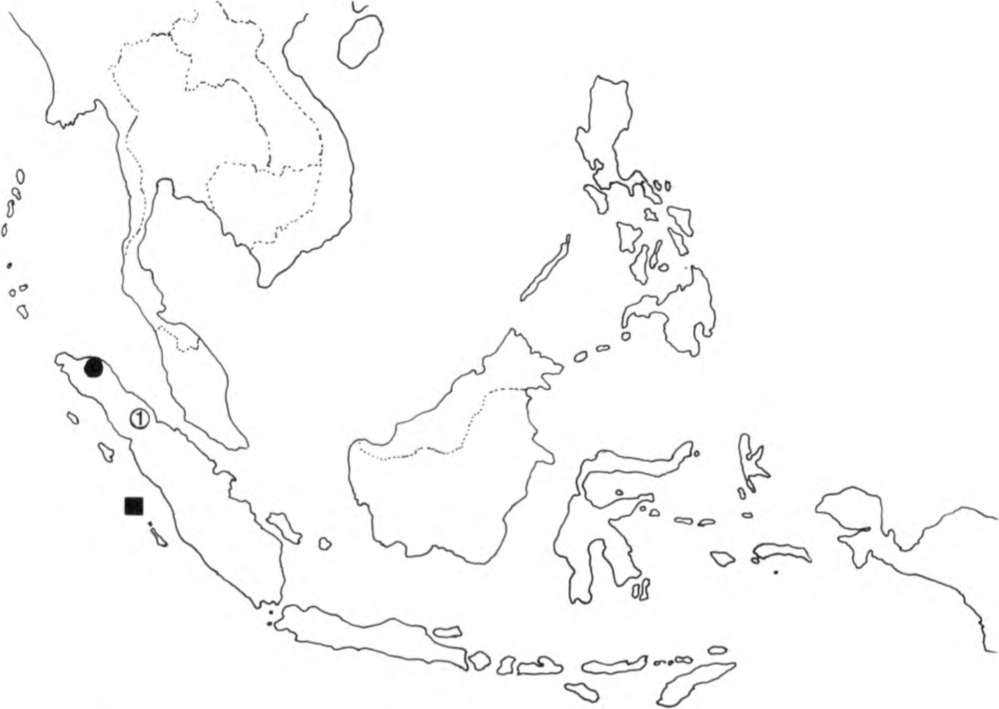