Etymology. quevedonensis   , from Quevedo, noun; and - ensis, L., suffix, meaning locality or place. This species is named for both the city and the river were the type material was collected: Quevedo, Los Ríos Province, Ecuador.

Ecology. The Río Quevedo is a large river flowing through highly impacted agricultural land. Residents of Quevedo assert that the river receives the wastewaters from Quevedo and all communities upstream, as well agricultural runoff that includes heavy loads of fertilizers and pesticides. Notwithstanding, many people use the river for laundry, bathing, and fishing. In addition to a substantial population of the Thraulodes   described here, the river at Quevedo is also home to Americabaetis Kluge   , Baetodes Needham & Murphy   , Camelobaetidius Demoulin   , and Guajirolus Flowers   ( Baetidae   ), and Leptohyphes Eaton   and Tricorythodes Ulmer   ( Leptohyphidae   ). At Holandesa, Varipes Lugo-Ortiz & McCafferty   ( Baetidae   ) was collected in addition to the above genera but Thraulodes quevedoensis   was the dominant invertebrate (unpublished data). An environmental impact assessment, published in 2006, for the ‘Proyecto Baba’ (Consorcio Hidroenergético del Litoral 2006), a water diversion structure planned for the river upstream from Quevedo, listed fecal coliforms and mercury as significant contaminants of the river from the town of Patricia Pilar downstream to Quevedo. Commonly used pesticides and fertilizers were not detected during this assessment. Ironically, this impact study also failed to detect most of the aquatic fauna we found in the river, possibly due to use of inappropriate sampling techniques. Although the mayfly diversity of the Río Quevedo is undoubtedly affected by the intense agricultural and urban land use, hydrological factors may be ameliorating some of the negative effects. During the rainy season, the river has a very high discharge, while in the dry season water levels and flow are reduced; the riverbed consists of many broad shallow riffles that are well aerated. This combination probably accelerates breakdown of any toxic chemicals, and certainly prevents buildup of sediment, which is the principal threat to aquatic insect communities in the Neotropics.

In several water-quality metrics in use in Central and northern South America, Leptophlebiidae   is scored as an indicator of the highest level of water quality (Peruvian Andes, Acosta, Ríos, Rieradevall & Prat, unpublished data) or at the next to highest level ( Costa Rica, La Gaceta 2007; Colombia, Roldán Pérez 2003). Given the abundance of Thraulodes quevedonensis   in the disturbed habitats of the Río Quevedo and perhaps also in similar rivers in western Ecuador, the assumption that Leptophlebiidae   collectively indicate good to high water quality is open to question. As experience in temperate countries has shown, tolerance values should be revisited as more data become available and the freshwater fauna becomes better known.

Diagnosis. Males of Thraulodes quevedoensis   can be separated from all other known Thraulodes   by the combination of the dark abdominal tergum VI, the elongated penes lacking lateral pouches, and two crossveins basal to the bulla. Adult females and nymphs of too few Thraulodes   species have been described to permit meaningful comparisons between species of these stages. Adults of T. quevedoensis   appear to have two color forms. Specimens collected in 2007 and in January and July 2008 were colored as described for the holotype and allotype. Specimens collected in August 2008 had darker shades of brown, and a few of the females had abdomens with significantly more brown markings ( Fig. 6 View FIGURES 4 – 8 ). 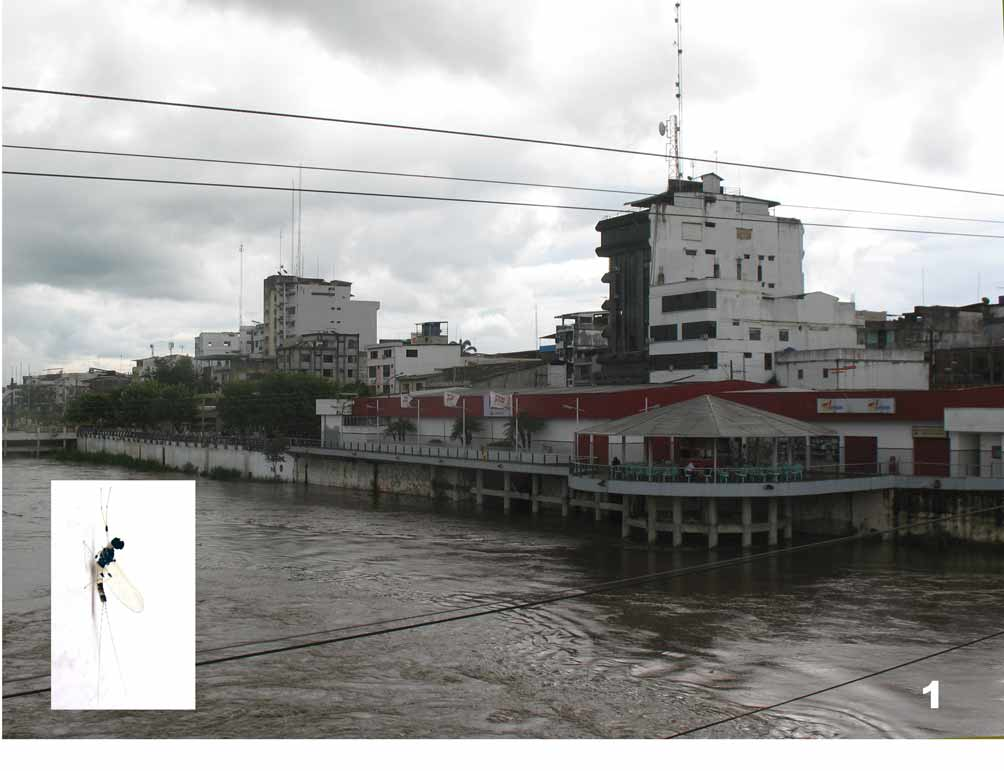 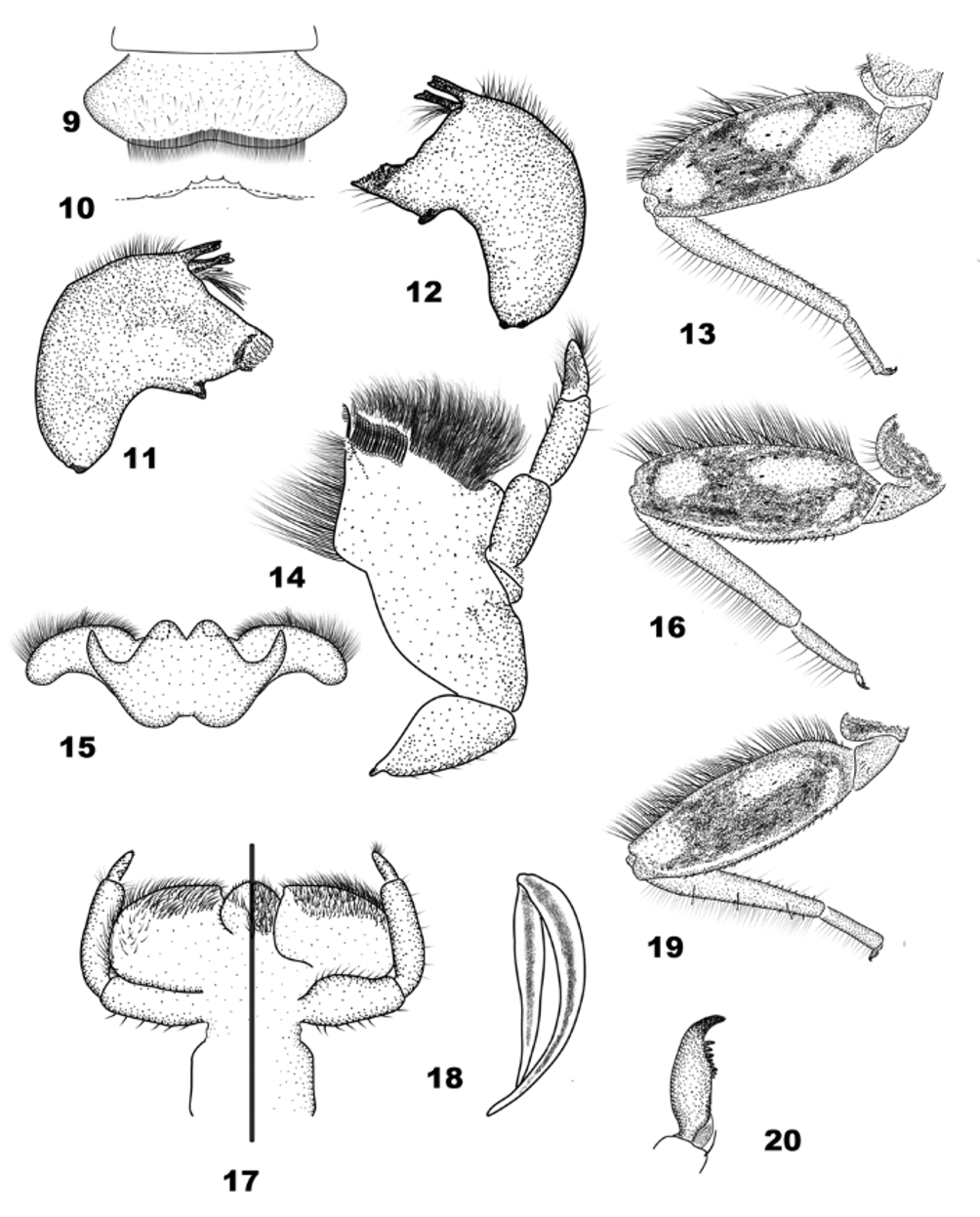