Remarks. Unlike most shallow-water species of Caulleriella   , C. nobska   n. sp. has a long narrow body lacking a distinct separation of the thorax and abdomen. The peristomium is unusually long and bears a prominent dorsal crest. In addition, the noto- and neuropodia are only moderately separated from one another. However, the nature of the recurved bidentate hooks is similar to other species where a hood or sheath is lacking.

Caulleriella nobska   n. sp. is most similar to C. venefica   , another species from the northeastern United States that is widespread on the continental shelf. Both species have a pointed prostomium, an elongate, smooth peristomium with a dorsal crest, and bidentate hooks lacking a crest or sheath. Caulleriella nobska   n. sp. differs from C. venefica   in having a shorter prostomium, up to three hooks in posterior neuropodia instead of two, and no anal cirri on the pygidium instead of two cirri. In addition, the bidentate hooks of C. venefica   as illustrated by Doner & Blake (2006) and as observed in this study, have the main fang at a more acute angle than the 45° angle observed in C. nobska   n. sp. and C. venefica   may have a single thin capillary seta accompanying the hooks in middle and posterior setigers instead of capillaries being entirely absent in posterior setigers of C. nobska   n. sp.

Etymology. The epithet is from the collecting locality off Nobska Point, a promontory in Woods Hole, Massachusetts and the location of a historic lighthouse. 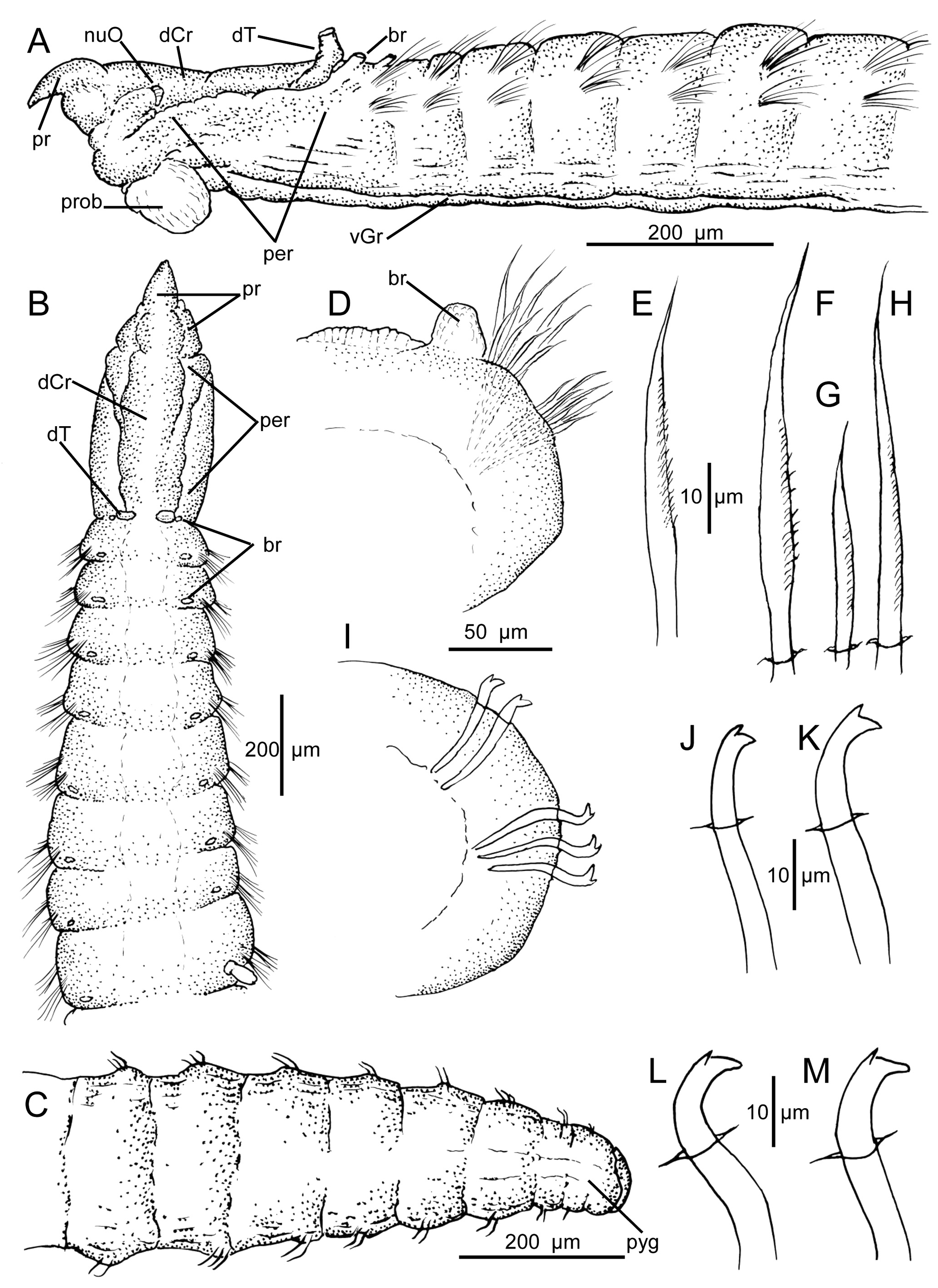