This is a medium-small pipistrelle with a forearm length of 30.7 mm based on the single specimen seen from Myanmar (Table 4; FA = 25.5–34.3 mm in Bates and Harrison, 1997). The fifth metacarpal is about equal in length to the third and fourth. The penis is not greatly enlarged. The baculum, which is 3.9 mm in length, has a straight or slightly sinuous shaft, with a bifid tip and with the basal lobes deflected ventrally ( Fig. 1BView FIG). In the skull, the zygomata are thin and without processes. The second incisor (I3) exceeds the height of the secondary cusp of the first incisor (I2) and is about equal in crown area. The canine (C1) usual- ly has a secondary cusp. The first upper pre- molar (P2) is about equal to I 2 in crown area and is usually but not always intruded from the toothrow, to a greater or lesser extent. The first lower premolar (P2) is about 75% the crown area of the second (P4).

There appear to be no reliable mor- phological characters that will distinguish a small individual of P. coromandra  from a large P. tenuis  in allopatric populations, and even the baculum is of no diagnostic value. As such, these identifications must be considered subjective. In sympatric popula- tions, individuals are divisible into two taxa by skull size. Larger individuals of P. coro- mandra also overlap in size with smaller P. javanicus  but in this case the baculum of P. javanicus  is considerably more robust. In comparison to P. paterculus  , the skull is more flattened, the upper canine usually has a secondary cusp and the penis and baculum are significantly shorter. The baculum differs significantly in size and shape from that of P. pipistrellus ( Hill and Harrison, 1987)  . Ecology

A single specimen was collected in a mistnet set over a stream that passes through the government compound at Hton- bo, which is situated adjacent to a limestone outcrop, approximately 150 m in height, on the eastern margin of the Ayeyarwady flood plain. The banks of the stream had thick vegetation of grasses and small trees. Near- by, there were orchards and extensive areas of agricultural land. Previously, a single specimen was shot in the open, hot valley of the N’mai River at Shingaw in Kachin State at an altitude of 231 m (750 feet). The veg- etation in 1938/39 included forest in undis- turbed areas and secondary growth (An- thony, 1941). It was collected at an altitude of 550 m (1,800 feet) at Sumka Uma in the foothills of the Himalaya (information from BMNH.50.468 specimen label). 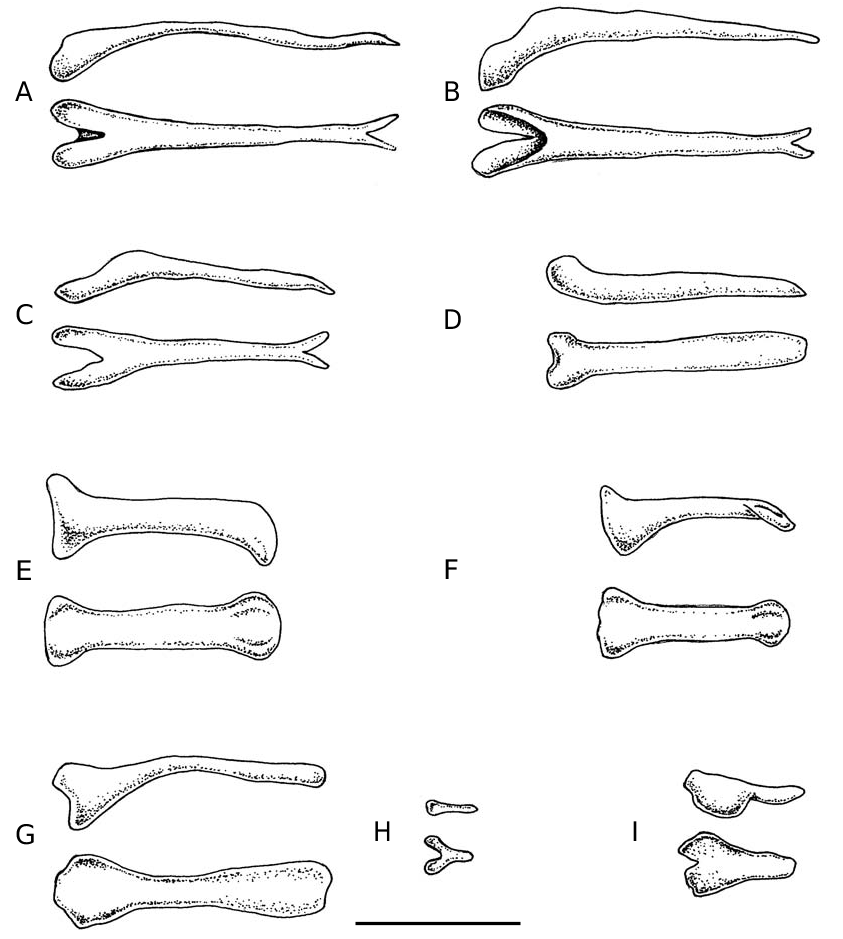