The following species belong to the orientalis- group s.s because they have a preoccipital lunula, characteristic of species of the orientalis -group s.l., and in females they share with D. orientalis the specillum on T2; the metascutellum is visible in dorsal view, triangular; and a large metanotal spine is present. Regarding the fore wing of D. orientalis , in Fig. 37 View FIGURES 35 – 37 a we show the slide micrograph (taken by V. Caleca in 1989) of one of the two fore wings mounted on the original slide of the holotype of Mirotelenomus orientalis Dodd preserved at SAMA. Comparing this image to that shown by Mineo et al. (2009; pg. 174, fig. 5), the wing shape and the fringe are very different and it is clear that the latter specimen does not belong to D. orientalis . 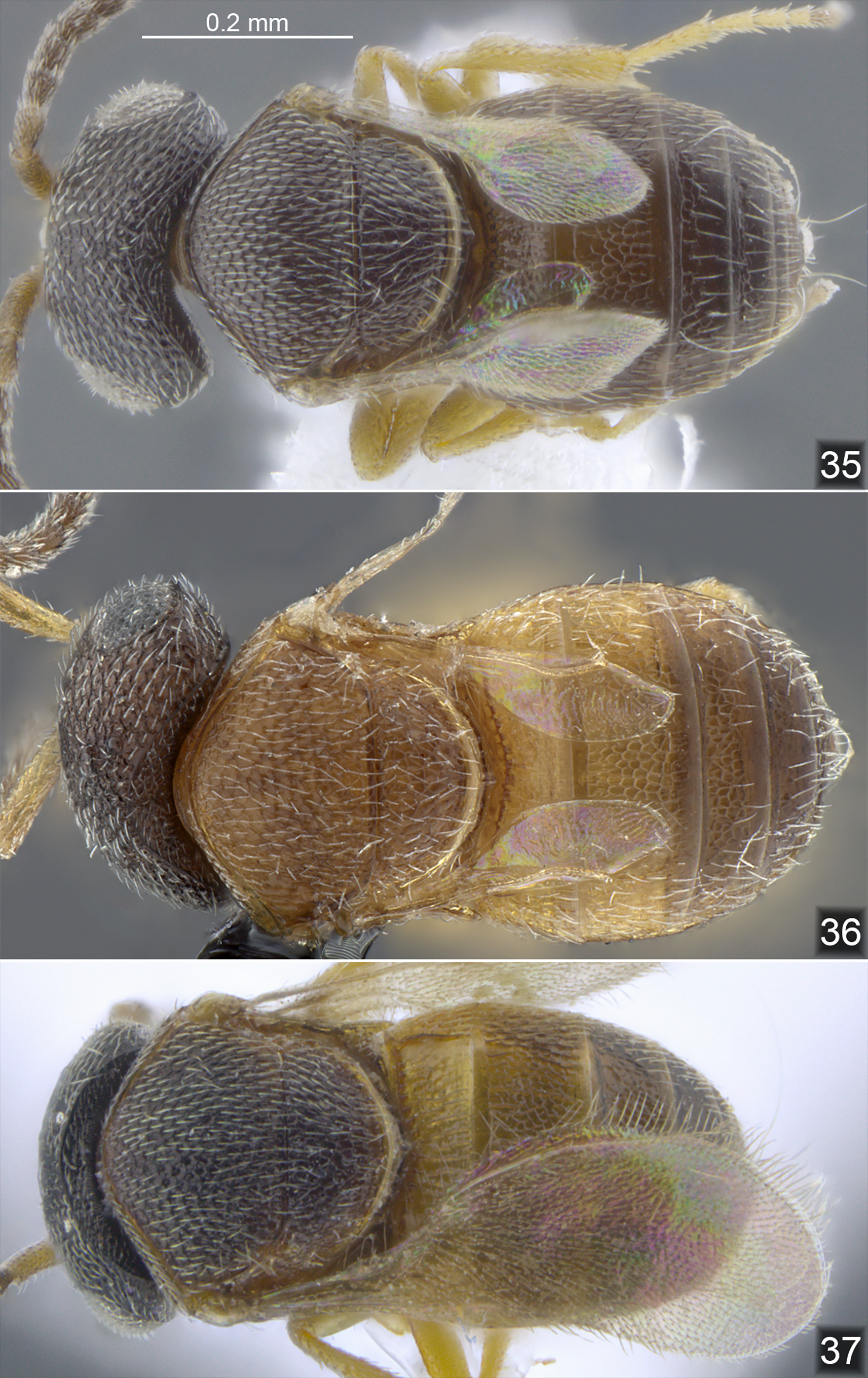