Variation. Variation in continuous and meristic characters is summarized in Table 1. Occasionally eight longitudinal stripes (versus six on the holotype). In some specimens, a row of poorly-formed pale flecks is observed between pale dorsolateral and lateral lines, usually restricted to the fore-body. Ground color of legs, arms, and tail light reddish-brown to tan; arm with 4–6 faint alternating light and dark longitudinal stripes; hind limb with 6–8 more contrasting light and dark longitudinal stripes; on tail, pale paravertebral stripes usually join at the level of the heel of extended leg.

Habitat. Collection notes with specimens indicate occurrence on sandy plains to clay on limestone to rocky outcrops with spinifex cover, and also including eucalyptus (e.g. Eucalpytus collina) and acacia in open tropical woodlands.

Distribution. In Western Australia it occurs throughout the semi-arid southern Kimberley region including Windjana Gorge, Mornington Station, Fitzroy Crossing, Cockburn Range and Kununurra, in the north-western Great Sandy Desert including Purnululu National Park and Balgo Hills, and in the northern Tanami Desert including the Victoria River region of the Northern Territory ( Fig. 4 View FIGURE 4 ).

Etymology. The specific name rhabdotus is derived from the Greek rhabdos for lined, in reference to the long thin pale lines on a dark background color in this species. Suggested common name: Kimberley Lined Ctenotus . Remarks. This species’ distribution is unlike that of other species—it inhabits the southern Kimberley and far northern Tanami Desert regions, but appears to be replaced by C. piankai in the Great Sandy Desert and deserts to the south. The extent of its distribution in the NT is approximate. Ctenotus rhabodotus sp. nov. is broadly sympatric or parapatric with C. piankai near Wolfe Creek meteor crater and perhaps elsewhere along the margin of the southern Kimberley. However, sampling from the northern Great Sandy Desert is extremely limited. 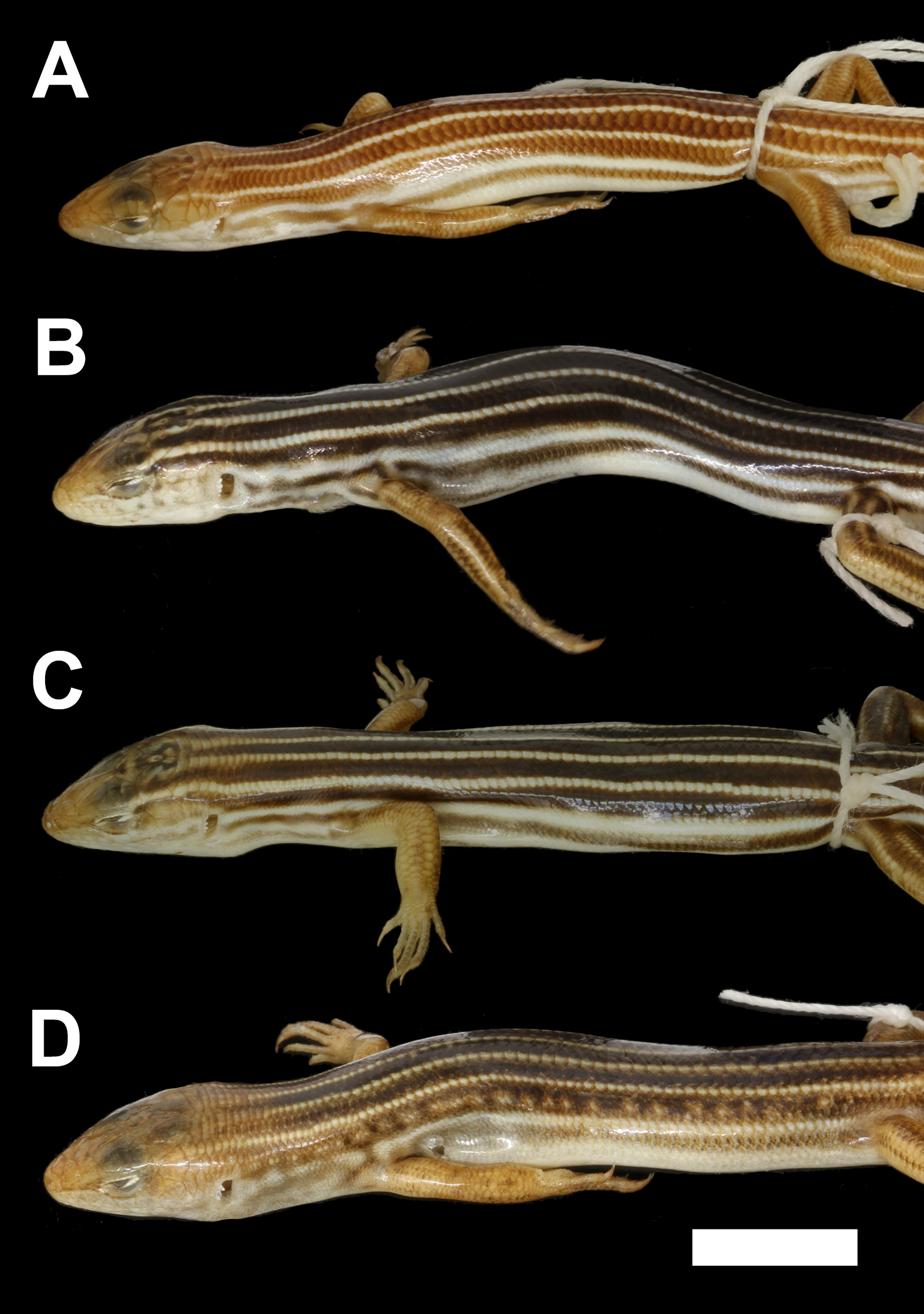