ETYMOLOGY. — The specific name refers to the particularly long and slender fruiting pedicels, a diagnostic character of the species.

DISTRIBUTION. — Lower Guinea subcentre of endemism. Endemic to the lower Ogooué basin in Gabon ( Fig. 4 View FIG ), where it is only known from a small area north of Lake Alombié; locally abundant in its highly restricted range.

HABITAT. — Restricted to seasonally flooded swamp forests dominated by Ctenolophon englerianus Mildbr. , Dactyladenia eketensis (De Wild.) Prance & F.White and Anthostema aubryanum Baill. , where it is locally dominant in the undergrowth and forms dense thickets. This peculiar habitat is described by Vandeweghe & Stévart (2017: 207-209) as “forêt inondable monodominante” (although, in fact, Ctenolophon is not always strictly monodominant) and, from an analysis of satellite images, is estimated to cover around 50 km ² in a restricted area north of Lake Alombié. Ctenolophon is believed to have been a key species for the maintenance of forest micro-refugia in the Ogooué delta during dry periods, due to its unusual ability to grow both on well drained and seasonally flooded soils ( Vandeweghe & Stévart 2017: 159, 177).

PHENOLOGY. — Fruits (not fully mature) in October, corresponding to the onset of the rainy season.

PRELIMINARY CONSERVATION ASSESSMENT. — Critically Endangered [CR B1ab(iii)+B2ab(iii)]. The extent of occurrence (EOO) of Pauridiantha gracilipes O.Lachenaud & Ntore , sp. nov. is estimated to be 8.252 km 2, and its area of occupancy (AOO) to be 8 km ², both values being within the limit for Critically Endangered status under subcriteria B1 and B2. The species is endemic to the coastal part of the Ogooué delta in Gabon, and occurs in Ctenolophon englerianus seasonally flooded forests, a highly localized habitat, which is estimated to cover around 50 km ² in the delta ( Vandeweghe & Stévart 2017: 207-209). It is known from four specimens representing four subpopulations, all situated outside protected areas (although its presence in the adjacent Wonga-Wongué National Park is highly probable). Though its habitat currently suffers little from human activities, forest exploitation has impacted it in the past and may do so again in the future; a decline in the quality of the habitat may therefore be expected. The four subpopulations represent one ‘location’ according to IUCN (2012), and the species is evaluated as Critically Endangered according to the conditions B1ab(iii)+B2ab(iii).

AFFINITIES. — Pauridiantha gracilipes O.Lachenaud & Ntore , sp. nov. appears to be most closely related to P. liebrechtsiana (De Wild. & T.Durand) Ntore & Dessein. The two species share nearly glabrous vegetative parts, stipules narrower than the twigs, leaves with hairy domatia and densely reticulate tertiary veins, and, most importantly, a nearly smooth seed surface (in all other species of the genus the margins of the exotestal cells are markedly raised). It is also related, though more distantly, to P. letestuana (N.Hallé) Ntore & Dessein and P. smetsiana Ntore & Dessein. The differences between these four species are shown in Table 1 View TABLE . Remarkably, three of them are endemic to west-central Gabon; only P. liebrechtsiana is more widespread, occurring in seasonally flooded forests both in the Congo and the Ogooué basins, its westernmost known locality being Lake Gomé in Gabon, c. 120 km northeast of the range of P. gracilipes O.Lachenaud & Ntore , sp. nov.

Petiole. 0.4-0.7 cm long, canaliculate, shortly pubescent on the upper side.

Leaf-blade. Elliptic, 5.5-10.8 × 2.1-4.1 cm, acute to rounded at base, narrowly acuminate at apex with acumen 1-2 cm long, papyraceous, glabrous except the underside of the nerves very sparsely appressed-puberulous, dark green above and pale green below, drying reddish on both sides; midrib concave above; secondary veins 5-7 pairs, strongly curved and brochidodromous, forming loops 1.5-2 mm from the margin; tertiary veins reticulate, conspicuous and dark green in life on the lower side of the leaf, forming a dense network with areolae 0.7-1.5 mm in diameter.

Domatia. Present in the main axils but not very conspicuous, crypt-like, ± pubescent.

Axillary, solitary in each axil, in contracted cymes, (2-)3-flowered, c. 0.8 cm long in the flowering stage and 1.8-2.5 cm long in fruit, sparsely appressed-puberulous.

Calyx. Pale green, cupuliform, c. 0.7 mm long, divided for 1/3 to 1/2 of its length, the lobes broadly triangular and acute at apex, puberulous on both sides.

Corolla (only one seen, dry). With tube 1.5 × 1.5 mm, inflated near the base, glabrous outside and densely hairy in the throat, and lobes triangular, 1.5 × 1 mm, reflexed, glabrous on both sides.

Disk. C. 0.5 mm high, hemispherical with 5 lateral grooves and 10 apical fossulae (formed by the imprints of the filaments and anthers), whitish, papillose.

This very peculiar species was discovered in 2014 during the botanical exploration of the Lower Ogooué, and had apparently never been collected before. Although the flowering material is incomplete (only one dried flower was found, with both the style and stamens apparently included), the plant is so distinctive that we have no hesitation in describing it. Its remarkably long fruiting pedicels are unique in the genus, as is the presence of spines on the older stems, which are formed by the persistent base of broken twigs (these spines are only seen on the older individuals). The lianescent habit, with drooping branches somewhat reminiscent of Rubus L. spp., is further unusual, most other Pauridiantha species being erect shrubs or trees, although a few, such as P. pyramidata (K.Krause) Bremek. , can be more or less sarmentose. 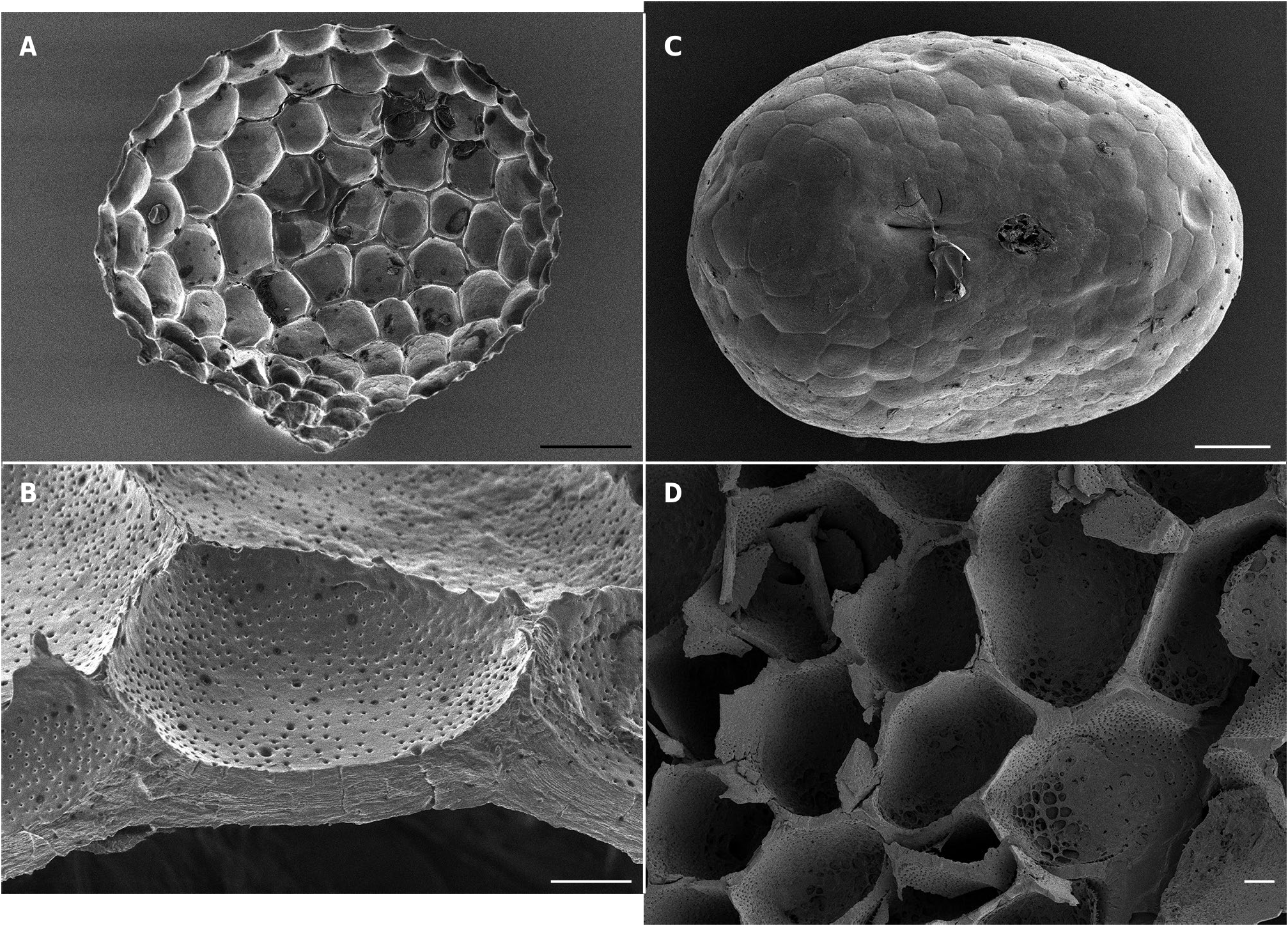 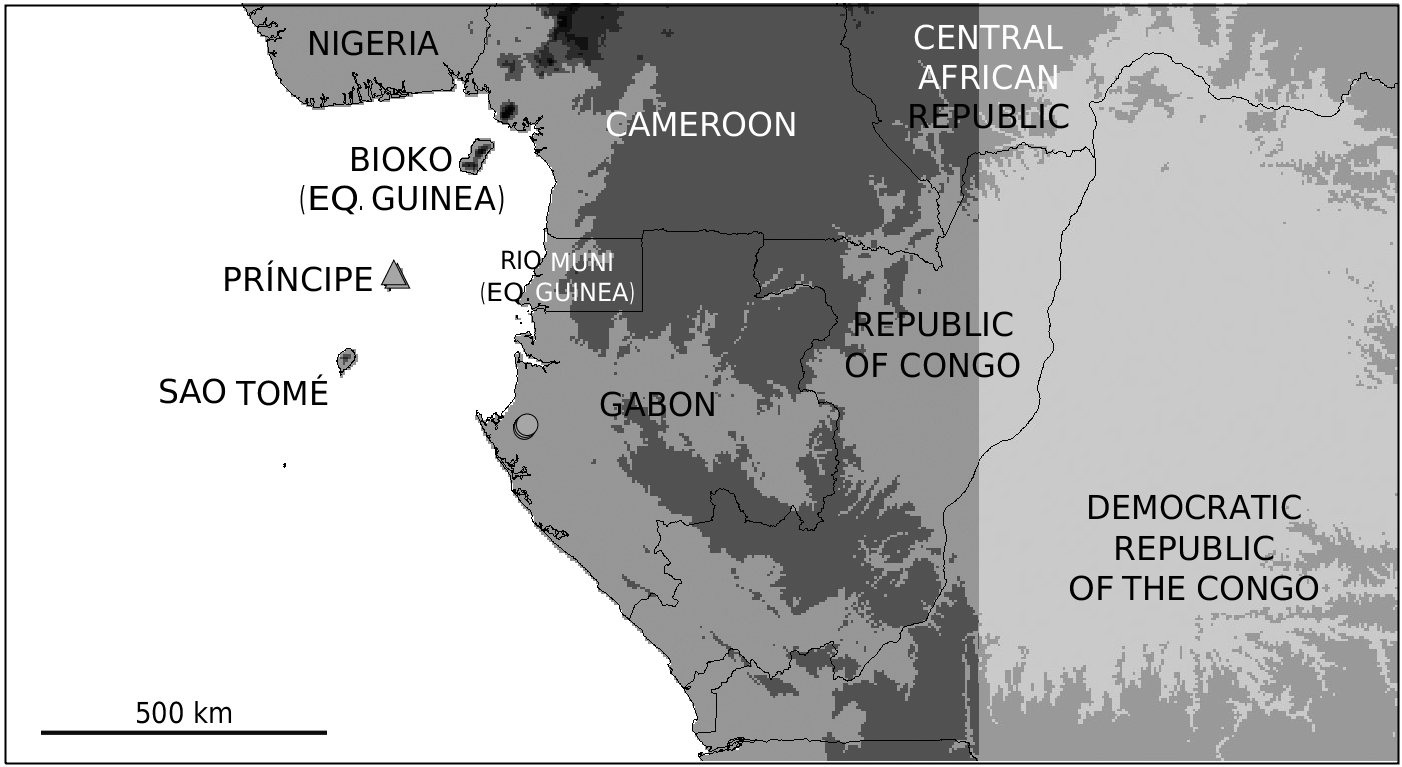