This genus and species were described by Wygodzinsky (1943) from a single female from “Rio Araguaia, Goiaz,” Brazil. It has been recorded additionally from Brazil, from Nova Teutonia (Santa Catarina) ( Drake & Harris 1945). M. costalimai   has never been cited again in the literature ( Maldonado 1990). Here, a specimen from Brazil was examined ( Figs. 60­61 View FIGURES 52 – 60 View FIGURES 61 – 66 ), also from “Rio Araguaia,” but in the state of Mato Grosso, and hence a new state record. In Wygodzinsky’s habitus drawing (1943, fig. 86), he did not show the prolongation on the fore tibiae, although he mentioned it in the description and illustrated it in figures 93 and 94 ( Wygodzinsky 1943). In the female examined here, this character was confirmed. China & Usinger (1948) erroneously stated –without examining any specimens – that Microvescia has “the front tibiae straight and simple at their apices,” based on Wygodzinsky (1943). Nevertheless, this is not an accurate translation of Wygodzinsky statement (1943, pg. 220): “Tibia anterior ventralmente sem espinhos ou saliências; proceso distal liso, sem pêlos,” which can be translated as “Anterior tibiae ventrally without spines or protuberances; distal process smooth, without hairs” (my translation). China & Usinger (1948) used this observation to question the status of the Vesciinae   . 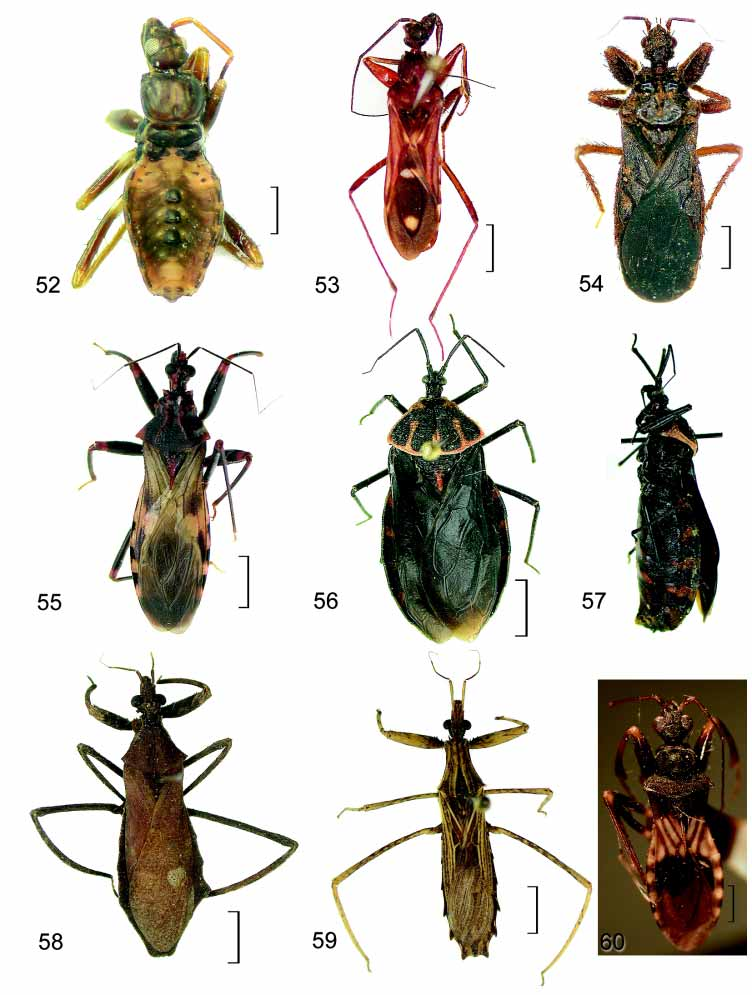 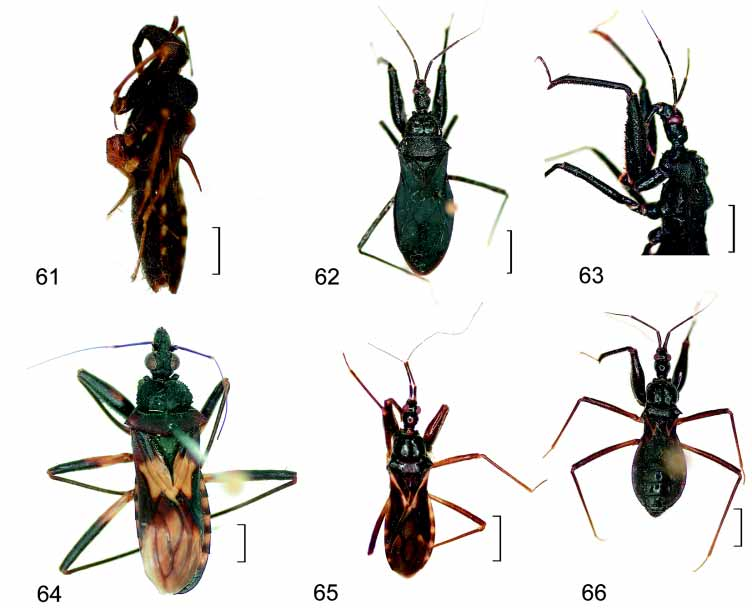