Variation of paratype. Left forewing as the holotype, right forewing with M vein four branched, with M 4 three branched, resulting in M 4a, M 4b1 and M 4b2, but with the second bifurcation not as close to the wing margin as observed in the holotype ( Fig. 23View FIGURE 23). Both hindwings as the holotype.

Etymology. The specific name “morrense” is a noun that applies to the natives of Morro do Chapéu, city of the Brazilian state of Bahia. By extension, it is given to this species as a noun in apposition and refers to the city of origin of this species. 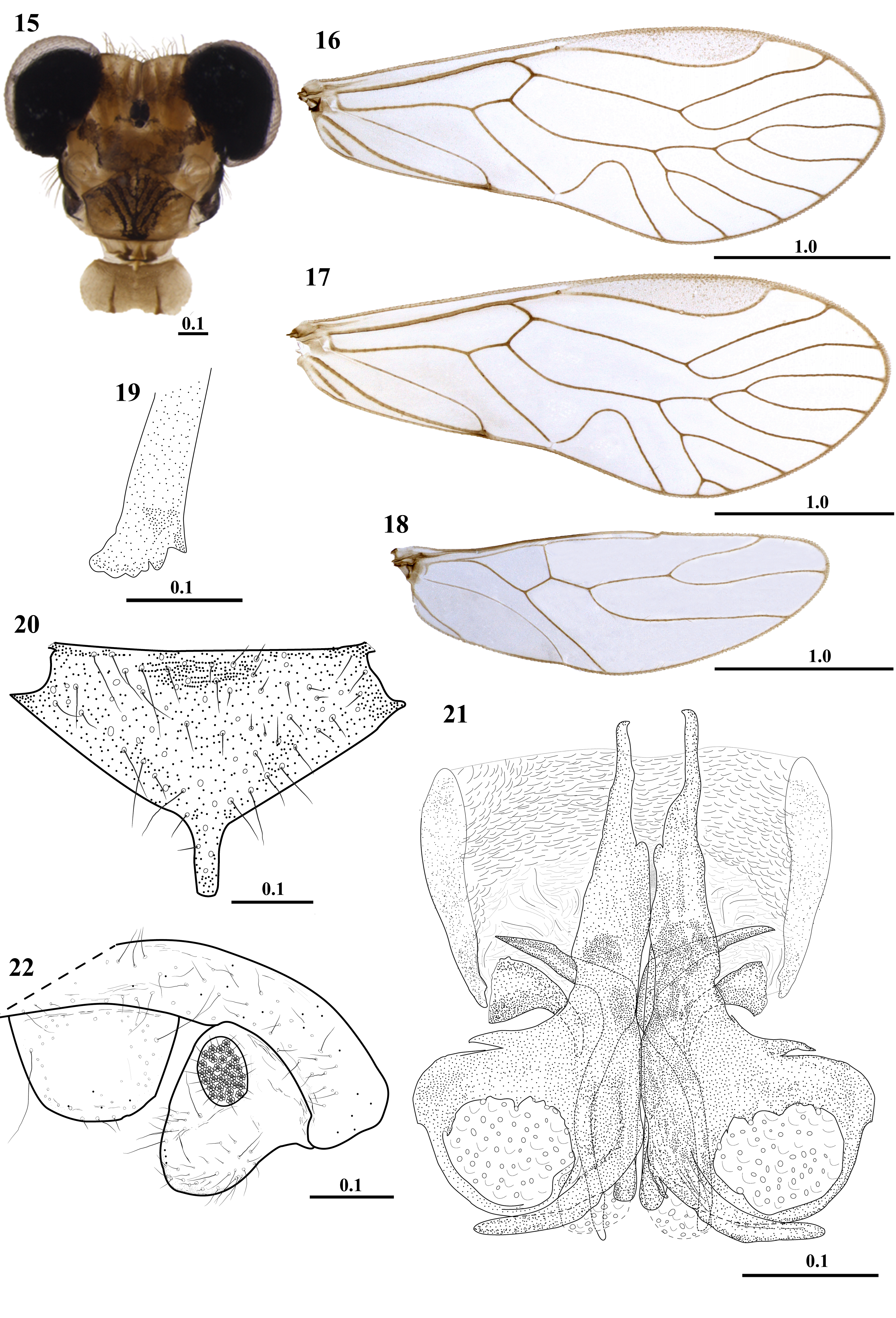