Etymology. Allusion to the uniformly dark coloration of larva and uniform dark color pattern on abdominal terga in male and female imago.

HYPODERMAL COLORATION. Mature larvae of both sexes with large lateral dark markings on abdominal terga, as in winged stages (as in Figs 67–68 View FIGURES 67–70 , 73–75 View FIGURES 73–77 ).

Larval habitat. Larvae were collected in a small stream running in dark forest; just below the waterfall, this stream represent a chain of pools bordered by rocks, among which the first pool (into which the waterfall falls) is large, and downstream pools are smaller; all larvae of P. (O.) niger   sp. n. were collected in a single pool, which is the 3rd from the waterfall; in spite of intensive collecting, in other places of this stream such larvae were not found. 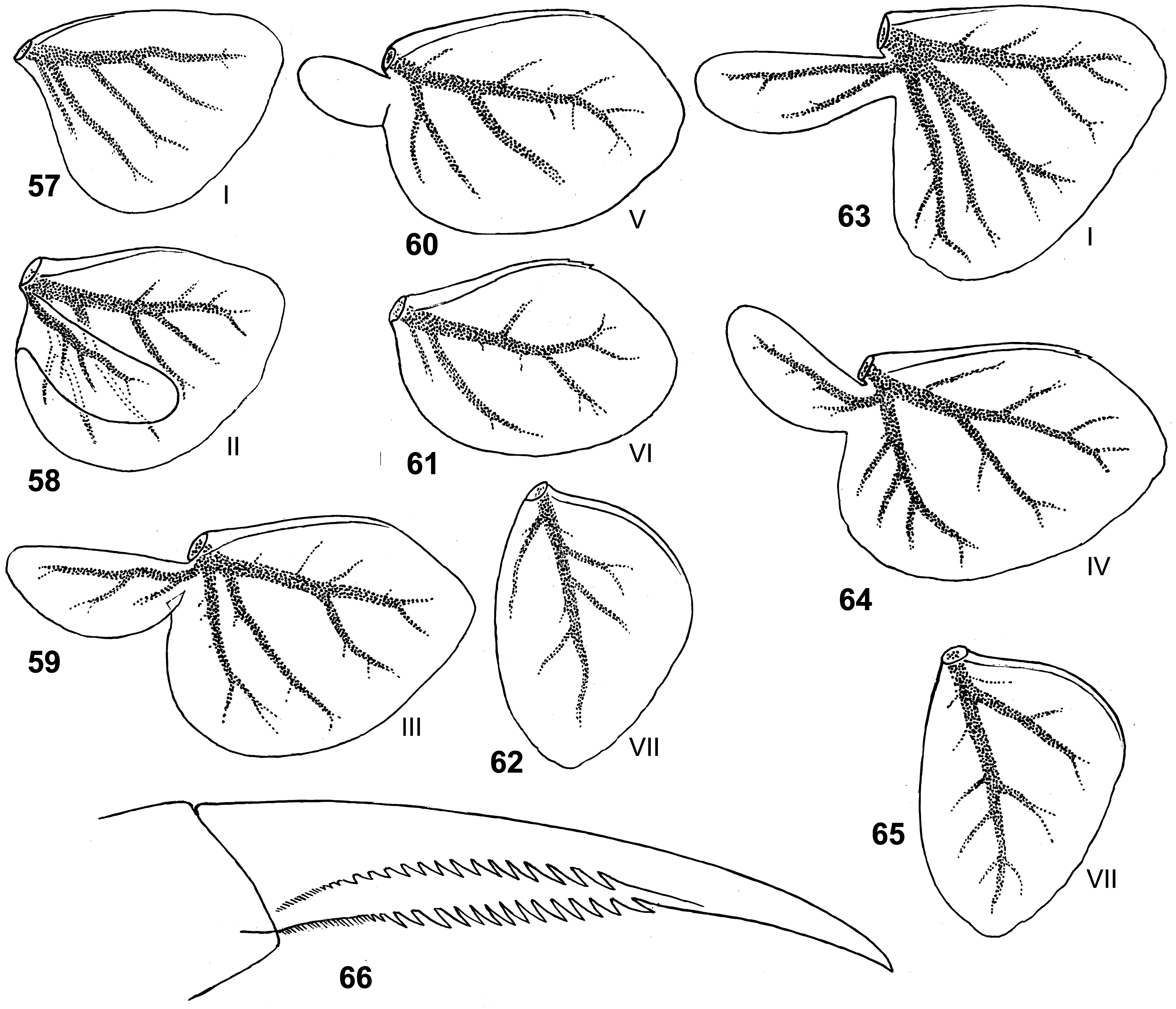 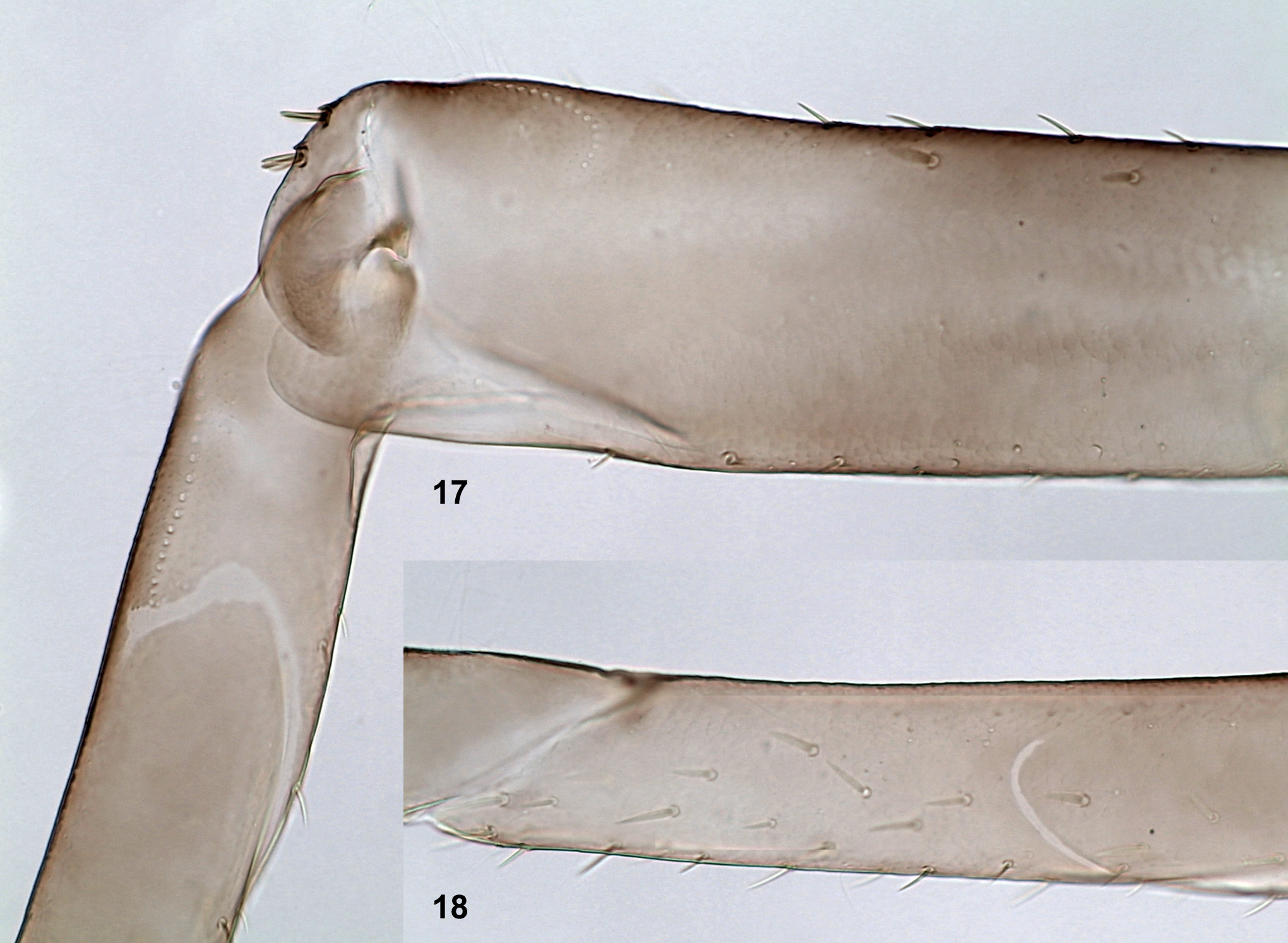 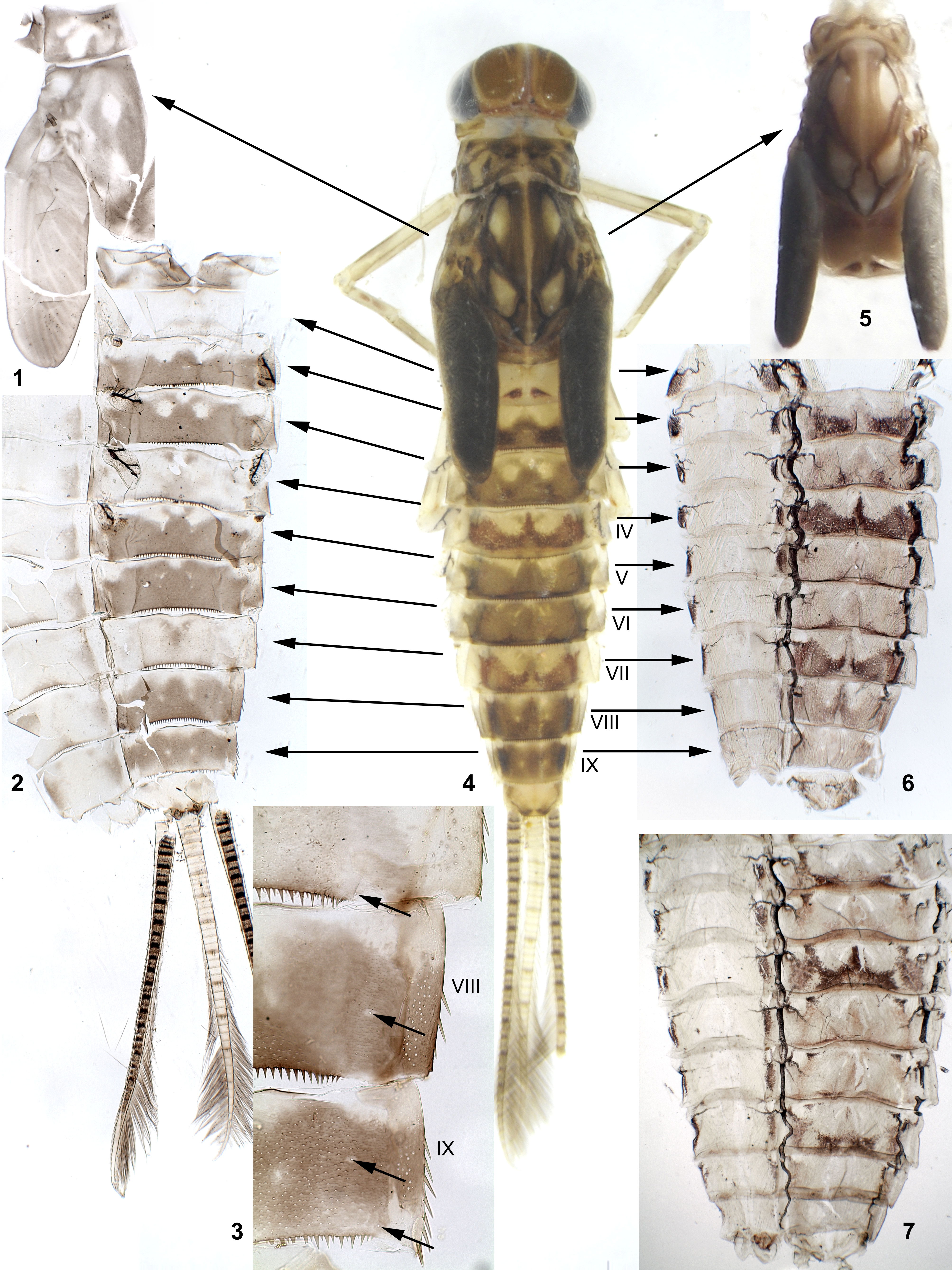