Additional characters. Abdominal terga of larva have not only simple (i.e. non-bifurcate) setae, but also one pair of bifurcate setae near midlength of each tergum VIII–IX and one pair of bifurcate setae near posterior margin of each tergum VII and IX (as in Figs 3 View FIGURES 1–7 and 48 View FIGURES 43–48 ). On tergum IX the row of denticles is interrupted medially, behind a pair of submedian setae (as in Fig. 47 View FIGURES 43–48 ). Other characters as formerly described ( Kluge 2016).

Comment. Larvae inhabit rivers with significant water current, but keep themselves in the places with nearly stagnant water; in the mountain portion of Great Ruaha many larvae were found in a pool formed by integral rock and separated by this rock from the current.

In the previous paper ( Kluge 2016), I wrote that since nobody compared specimens of the tropical Procloeon cylindroculum   with specimens of the South African form described by Barnard (1932) as « Austrocloeon africanum   », most probably these forms belong to one and the same species. Now the new reared material from South Africa allows to make such comparison and conclude that these two forms clearly differ one from another by coloration of winged stages; that fact allows them to be treated as two different species, P. (O.) cylindroculum   and P. (O.) barnardi   sp. n. (see below). 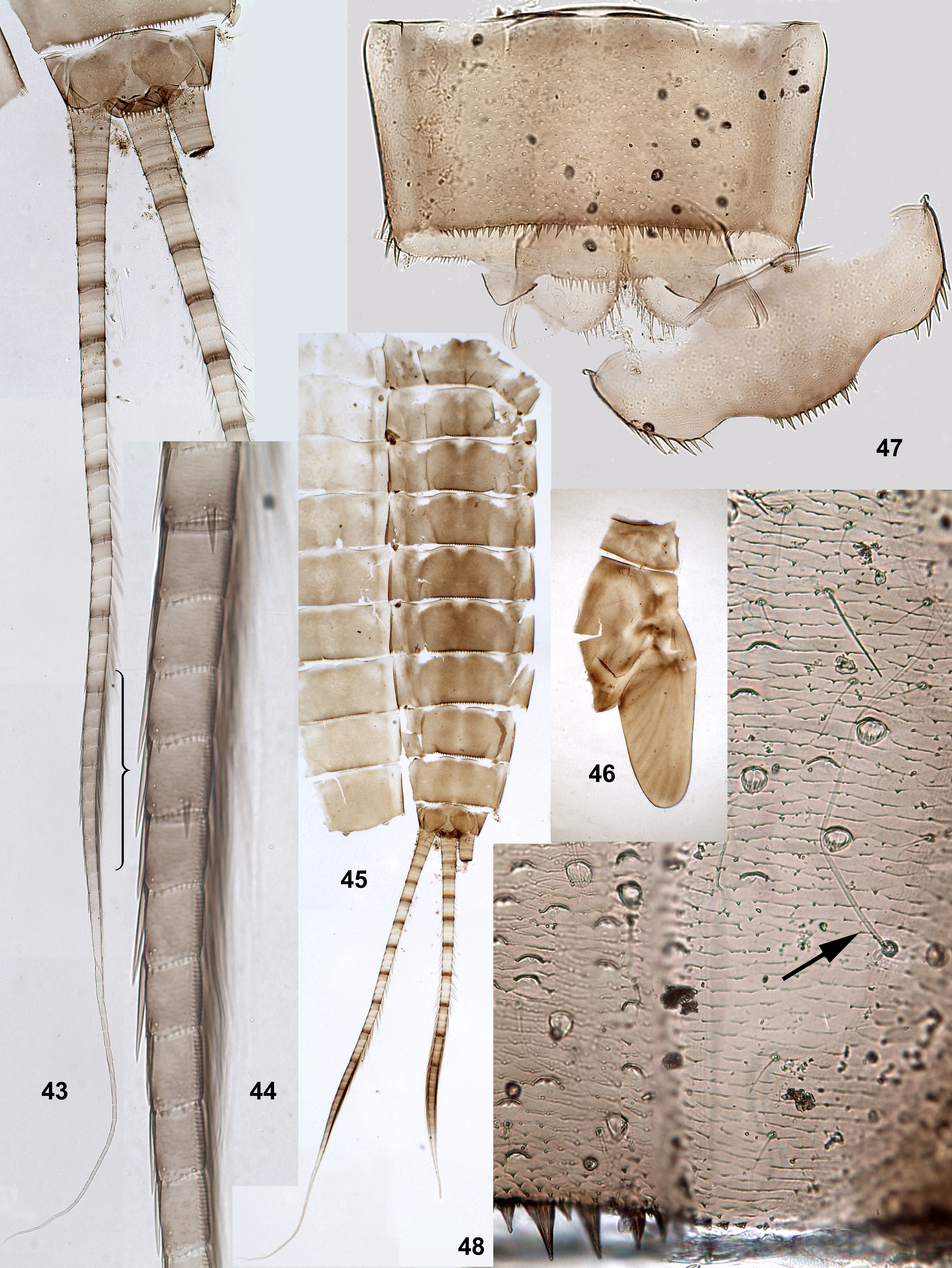