In course of the redescription of the species, Sinev (2001 a) did not provide a description of male antennule. In studied male specimens, antennule ( Fig. 7 E View FIGURE 7. A – E ) moderately thick, length about 2 widths, provided with two lateral and ten terminal aesthetascs of similar length, about 2 / 3 length of antennule. Male seta short and thick, arising at 3 / 4 distance from the base, not reaching to the end of antennule. Such morphology of antennule is typical for the group, recorded for all species with known males.

Distribution. Common in Neotropics, including Mexico ( Sinev 2001 a; Elías-Gutiérrez et al. 2008 a), encountered in Chilean and Bolivian Andes as well as in lowland (Kotov et al. 2010; Coronel et al. 2007). In Aguascaliantes, A. glabra   is found in the south of the state, close to the subtropical region. 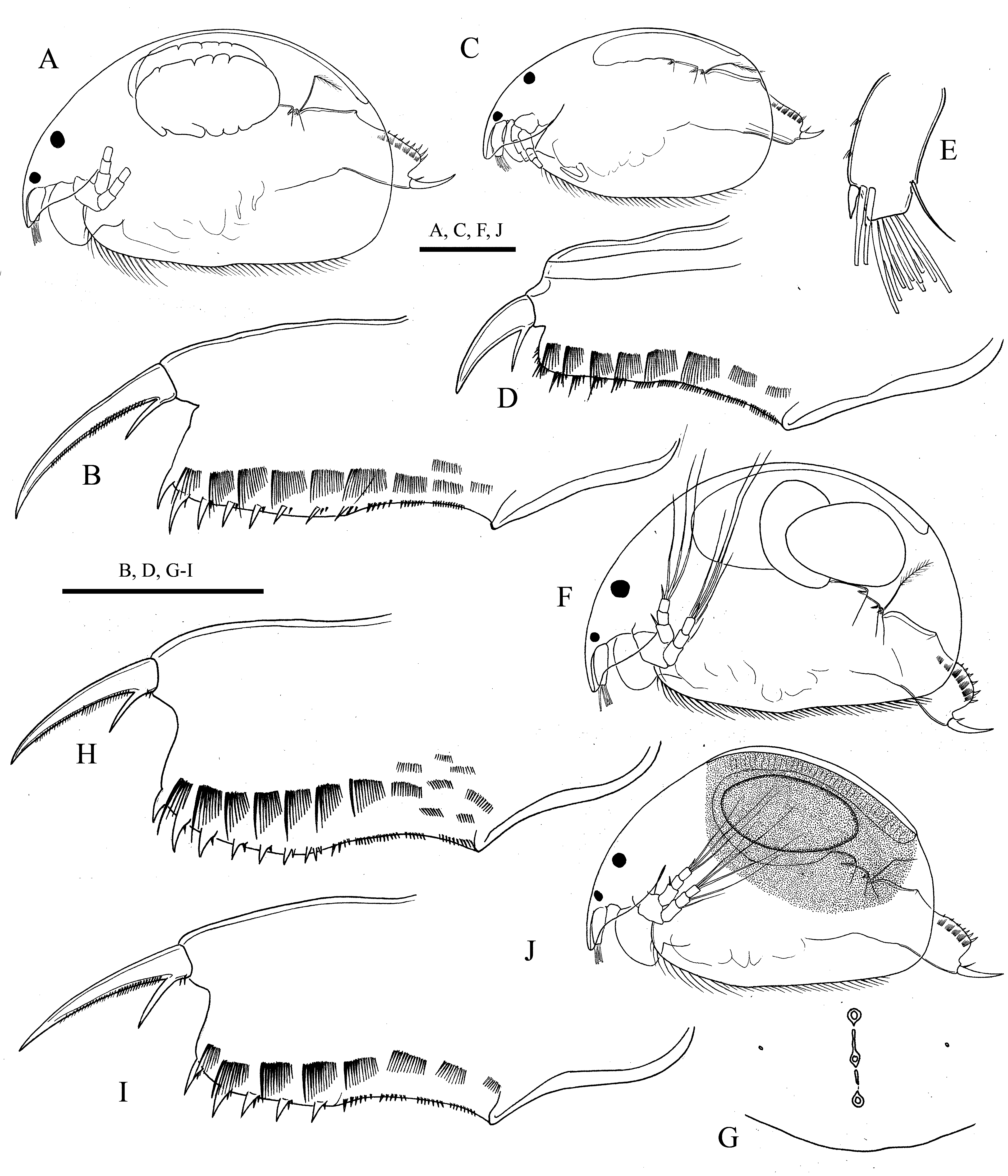