Antenna I ( Fig. 8 View FIGURE 8 L) of moderate size, length about 2.5 width, with three clusters of long thin setules at anterior face. Antennal sensory seta slender, two times shorter than antenna I, arising almost at the middle of antenna. Nine terminal aesthetascs, two longest of them about 2 / 3 length of antennule.

Six pairs of thoracic limbs. Limb I ( Figs. 10 A–B View FIGURE 10. A – J ) of moderate size. Epipodite ovoid with a long process two times longer than exopodite itself. Accessory seta about 1 / 3 length of ODL seta. ODL with a long naked seta. IDL with three setae and two-three clusters of small setules, setae 2 and 3 only slightly shorter than ODL seta, armed with thin setules in distal part, seta 1 very short. Endite 3 with four setae of similar size. Endite 2 with three setae (d–f), setae f very long, 1.5 times longer than ODL seta. Endite 1 with two 2 -segmented setae, both setulated in distal part, without a flat seta (I) shifted to limb base. No anterior naked setae found on endites 1–2. Six rows of thin long setules on ventral face of limb. Two long, slender ejector hooks, one of them larger than the other. Maxillar process elongated, with a short seta.

Ephippial females and males were not found.

Comments. The guttata   -group is one of poorly studied groups of Alona   s. lato. Alona guttata Sars, 1862   was described from Norway. Presently, A. guttata   is reported worldwide, but identity between Palearctic populations and populations from other regions is strongly questioned (Van Damme & Eggermont, 2011). The second species of the group, A. barbulata   , was described from USA, and is similar to A. guttata   in many features ( Megard, 1967). A. barbulata   differs from A. guttata   by the shape of head shield and postabdomen, which has almost right, not prominent distal angle (see Megard 1967). Morphology of limbs of A. barbulata   remains unknown, and its close relationship with A. guttata   , presumed by Megard (1967), is not confirmed. The third species of this group is Palearctic A. werestschagini Sinev, 1999   , it clearly differs from A. guttata   by the greater size and by the postabdomen morphology, but have similar appendages (see Sinev 1999).

Studied populations from Mexico are similar to A. guttata   s. str. instead of A. barbulata   , since they have postabdomen with a prominent, acute distal angles. We found no significant differences between studied specimens and those from Europe ( Alonso, 1996; Hudec 2010). Unfortunately, a full redescription of A. guttata   was never conducted. Frequently, sibling-species of Chydoridae   from different continents have no significant differences in the morphology of parthenogentic females, but clearly differ by that of the males (see Frey, 1985; Sinev 1998, 2009a; Sinev & Atroschenko, 2011). We expect that studied populations are not conspecific to the Palearctic A. guttata   s. str., but the level of study of the latter does not allow us to verify this thesis. The problem can be solved after a study of gamogenetic specimens or genetic studies.

Distribution. In Aguascalientes, this species is found in the North-West region of the state, within the area of temperate climate, at the altitude 2000–3100 m.a.s.l., and not present in area with dry-hot climate. Such distribution suggests that the studied populations are conspecific to the populations of A. cf. gutatta from USA and Canada. 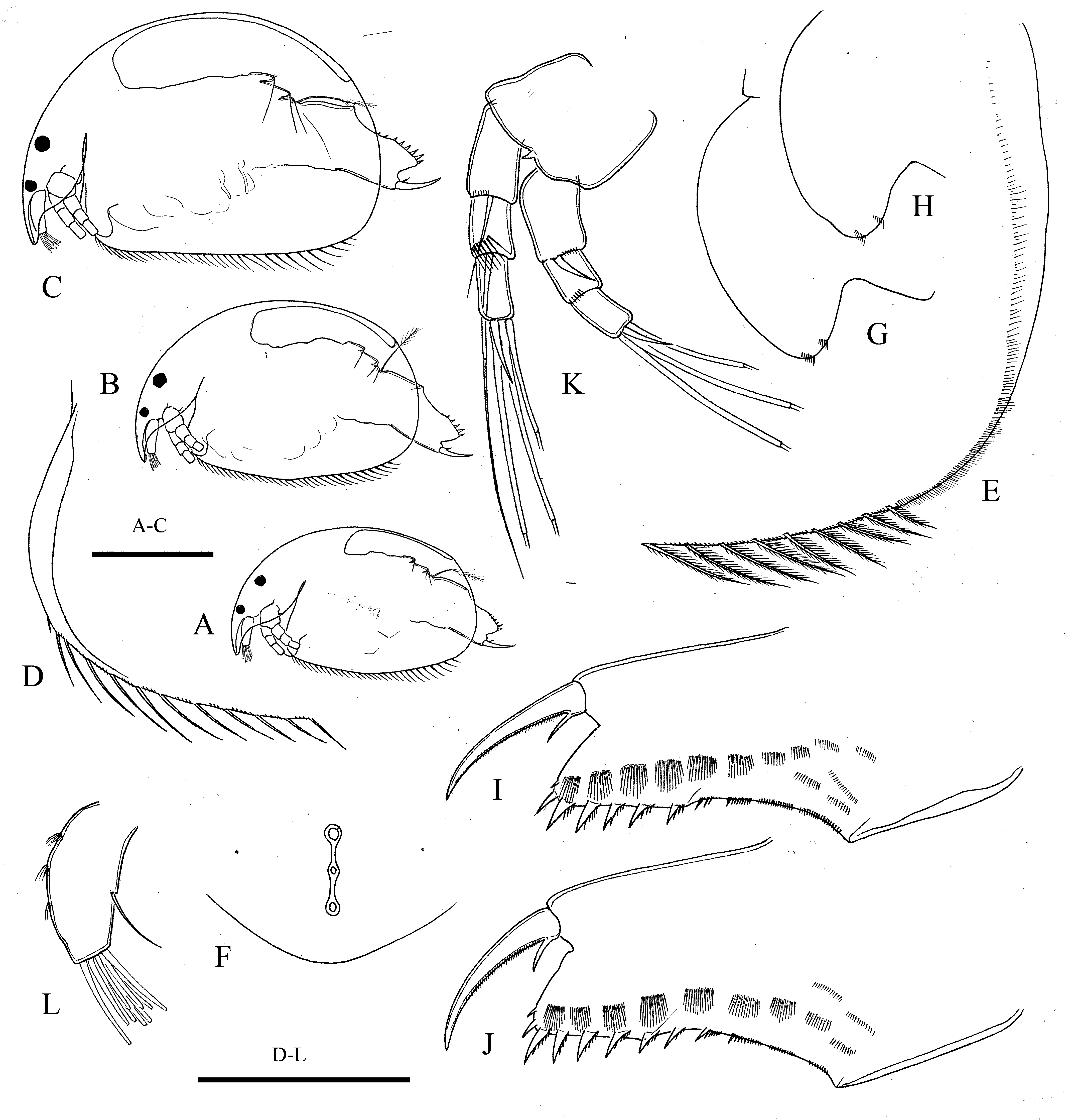 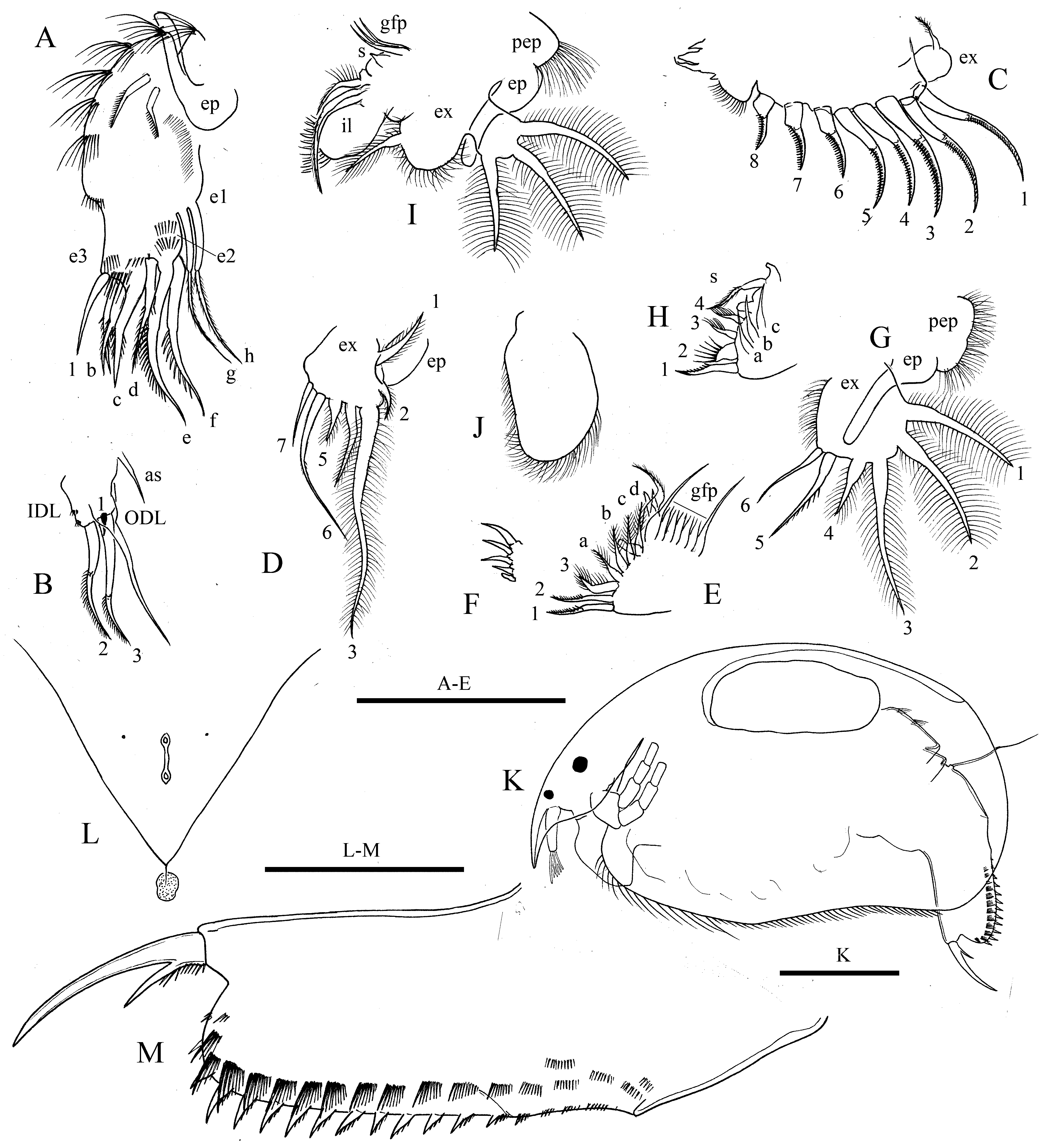