Distribution. Holarctic ( Triapitsyn 2013a), who also recorded Gonatocerus ? latipennis from the Palearctic part of mainland China, Japan, Far East of Russia, and from the high altitude area in Taiwan which is an outpost of the Palearctic fauna, although most of the island is within the Oriental ecozone.

Comments. We identify the specimens from China only tentatively as G.? latipennis because the possibility exists that they may represent an undescribed species that is very difficult to distinguish morphologically from the real G. latipennis ( Girault 1911) . Two females from Baoji, Shaanxi, have F8 of the antenna relatively longer and in one specimen from Ningshan, Shaanxi, the funicle is deformed, with F5 partially fused to F6. 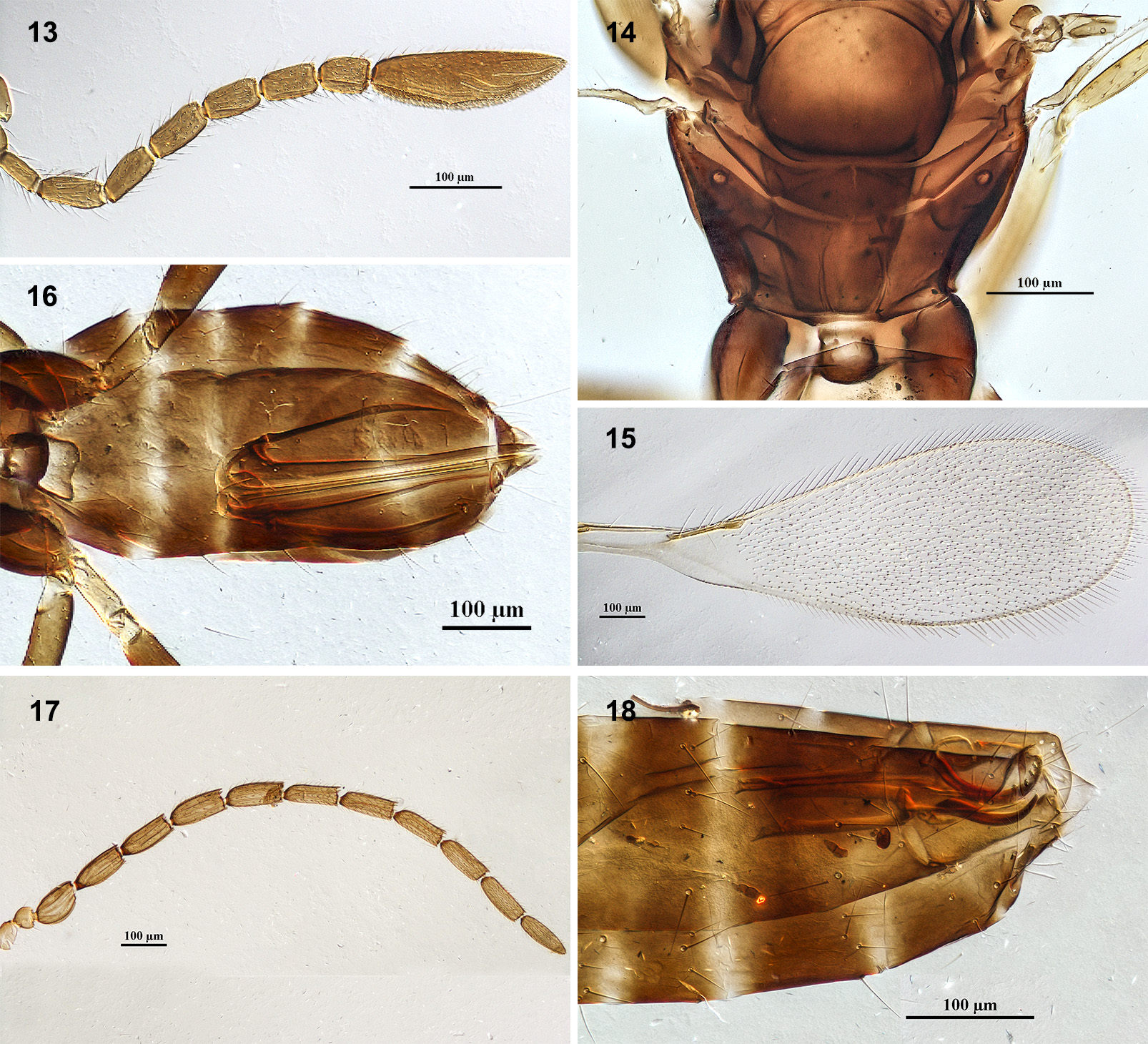