Diagnosis. Freshly emerged moths of P. ocimellus have distinctive deep ochreous ground colour of forewings, very slender and weakly edged fascia, rather large area of dark brown–blackish scales at termen. Relying only on genital characters, P. ocimellus can be superficially confused with P. farensis , P. rhynchosiae and P. fletcheri . All four species possess a long saccus, a very long aedoeagus, and bluntly pointed valva bearing one projection. P. ocimellus can be superficially confused with P. farensis , but a narrow transtilla, shorter saccus, and 14-ray stellate signum on bursa copulatrix of females distinguish P. ocimellu s from P. farensis . P. ocimellus differs from P. farensis , P. fletcheri , and P. rhynchosiae in having longer valvae with a curved ventral margin; and the transtilla in P. ocimellus is moderate with lateral apophyses longer than horizontal bar of transtilla. Female genitalia of P. ocimellus and other species of the rhynchosiae group (except P. mida and P. mwatawalai ) are similar in having a large boomerang-like fold of the sterigma, an oval signum area, and a stellate signum on the corpus bursae. The star-like signum edged by 14 dentate rays in the female genitalia of P. ocimellus distinguishes it from all other species.

Etymology. The species name is formed from the root of the host plant generic name Ocimum and the Latin suffix –ellus, having a diminutive meaning. Latin ending –us denotes masculine gender.

Mine. An underside tentiform mine, elongate or oval, 16–19 mm long. The mine is opaque, creamy or light brown. Pupation in white cocoon. Exuvium protrudes epidermis of leaf before adult emergence. Mines were found locally but abundant in a small area at the edge of a forest where mostly Ocimum suave was growing among other green low vegetation. The constant green vegetation in Taita Hills is due to the high humidity of 80% and low temperature (ca. 18°C) on the Ngangao top of the Taita Hills in early April. A single mine was found in mid-October after the short rainy season at the edge of Kakamega Forest, where O. gratissimum is abundant.

Distribution. ( Fig. 406 View FIGURES 403–414 ). Known only from the type locality in East Kenya and one locality in West Kenya. 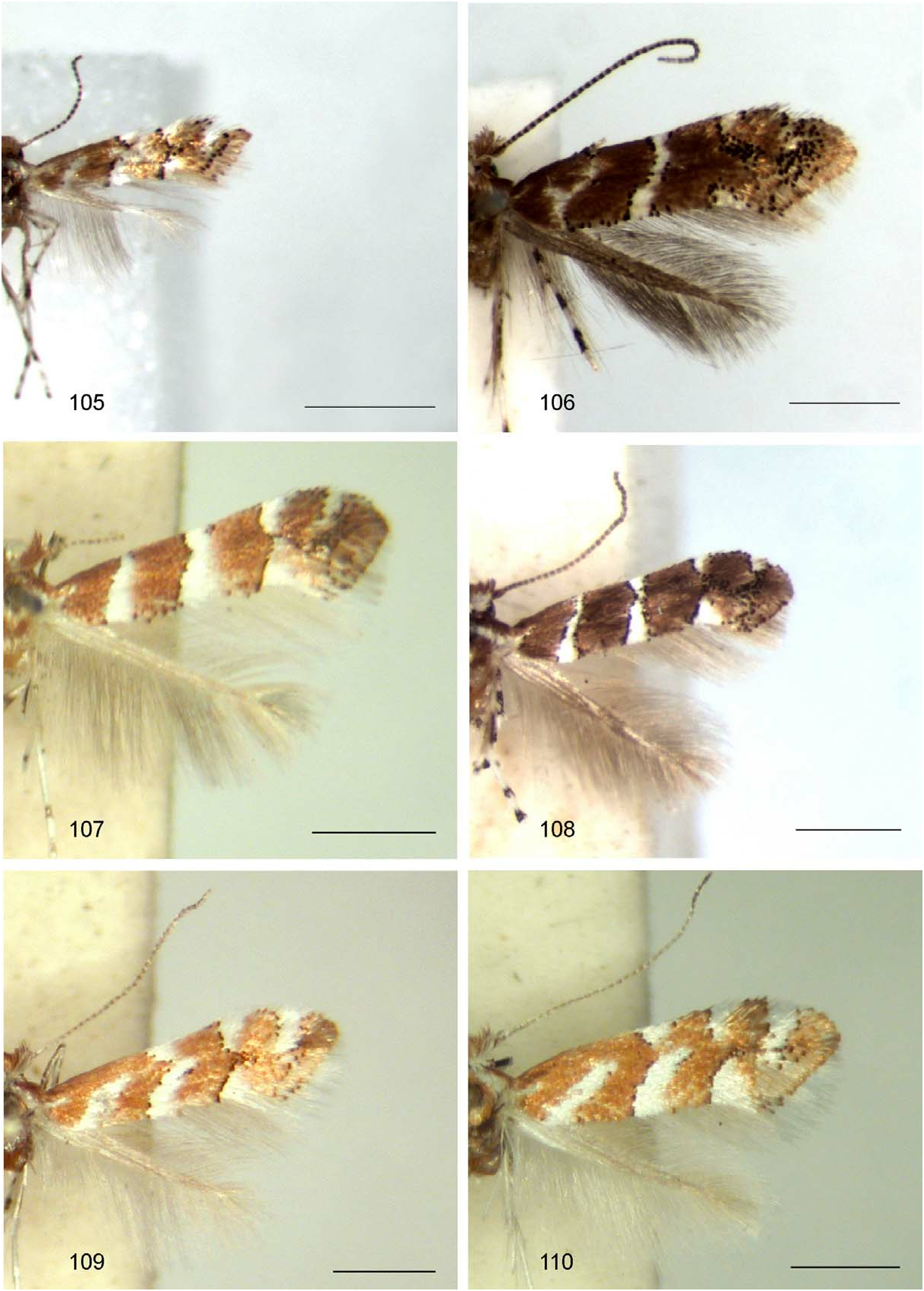 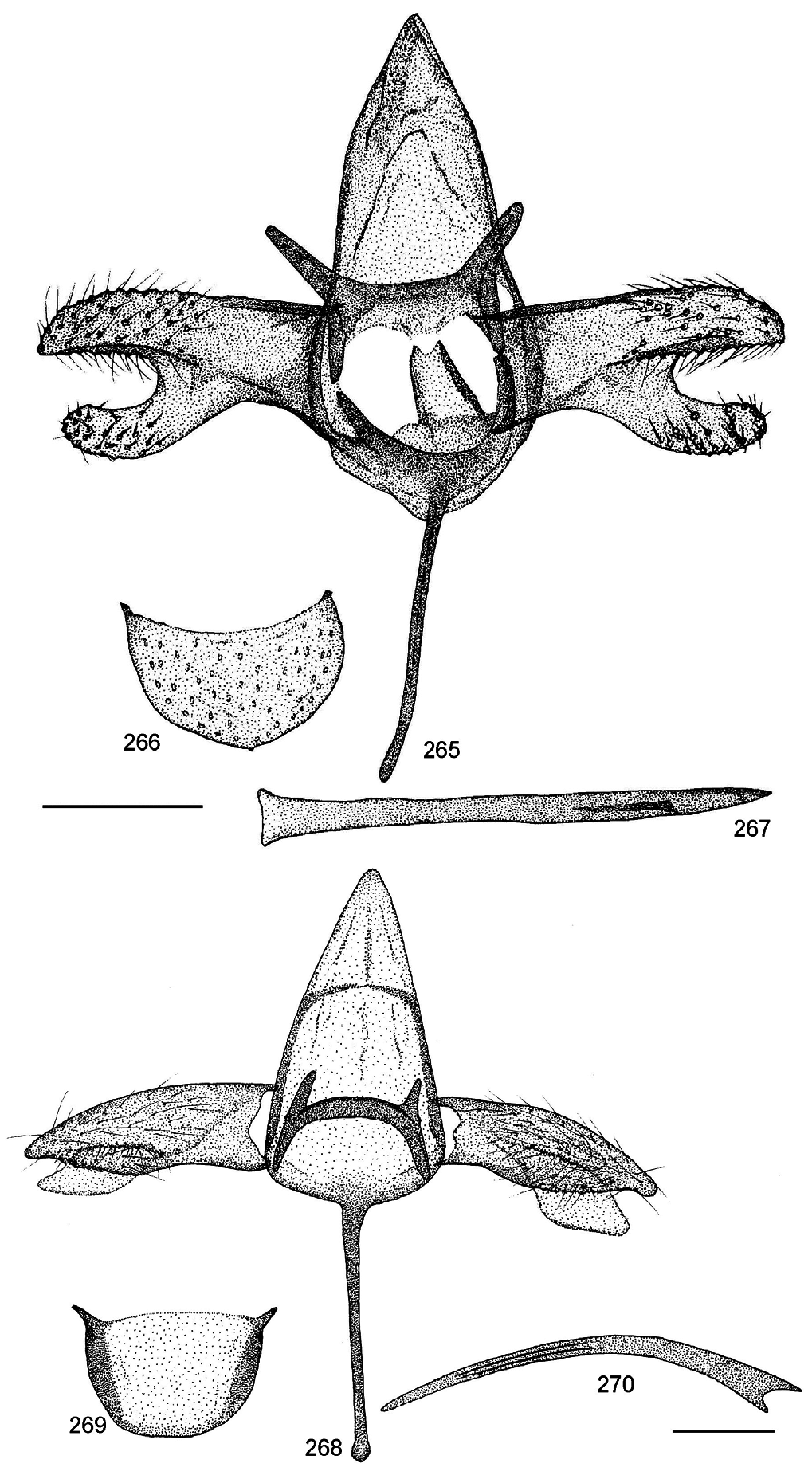 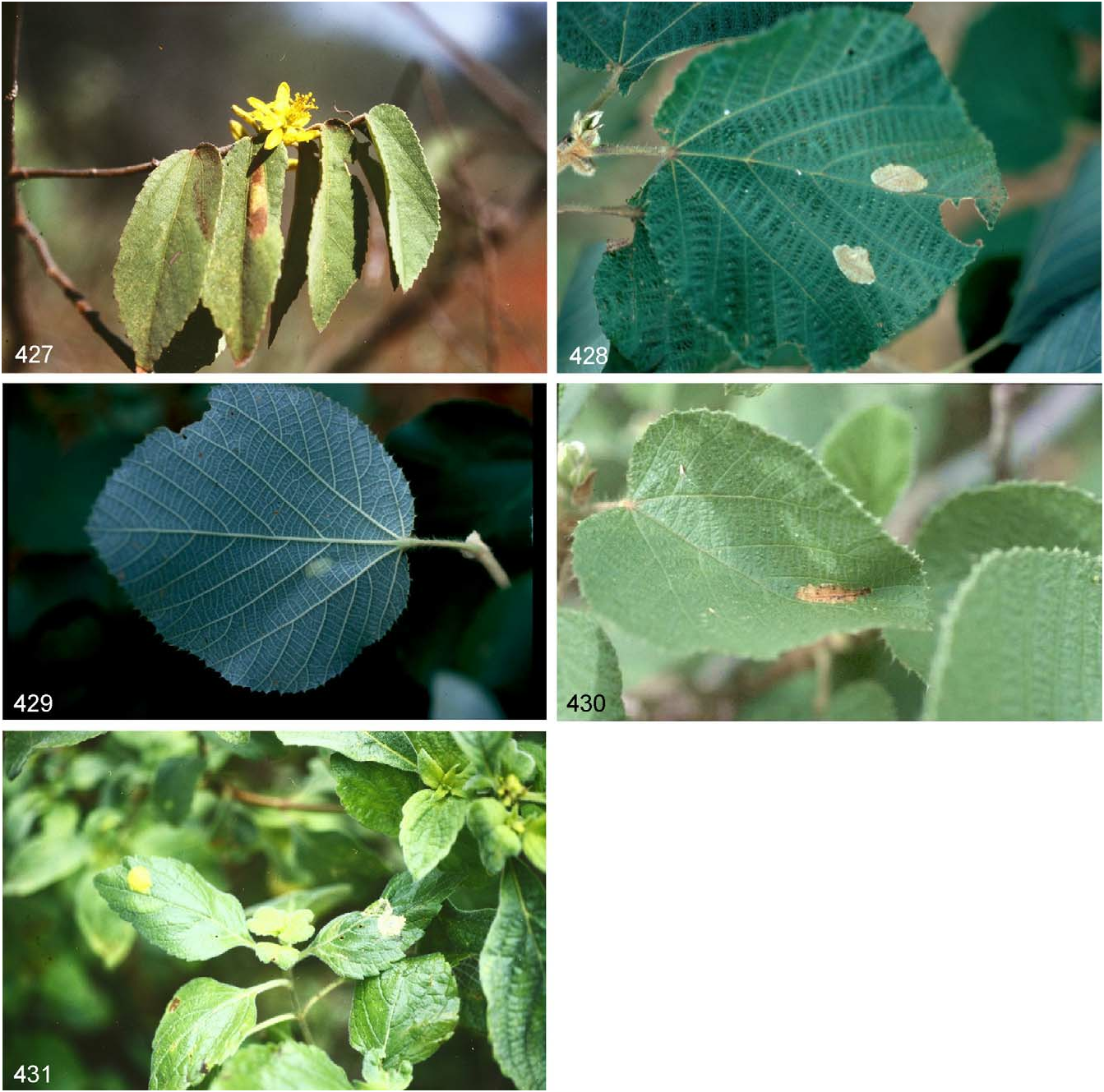