Diagnosis. Phyllonorycter lantanae is closely related to P. encaeria and P. kazuri , but can often be diagnosed by the white costal dot at 1/4 of forewing, broad costal part of first fascia and dark brownish patch between first costal and second dorsal strigulae. Thorax in P. lantanae is entirely ochreous, whereas in P. kazuri it is white laterally. Very long and slender posterior apophyses, longer than anterior apophyses in P. lantanae and smaller cuticle fold of sterigma can separate this species from P. encaeria , but not from P. kazuri .

Variation. We have noticed a difference in ratio of length of posterior apophyses / anterior apophyses, proportional size of sterigmatic fold, less sclerotized antrum, presence of small sclerotized ring on outer margin of ostium bursae and some other slight differences in female genitalia comparing to the females from South Africa and the female RMCA ENT 000003292 collected in Kenya. It might be a new species from the encaeria group, but until males of P. lantanae from the type locality and from Kenya are unknown, and the DNA barcode of the P. lantanae holotype is not studied, we consider that the observed slight morphological differences fall into the intraspecific variation range of the P. lantanae species due to the significant geographical distantance between the populations.

Habitat. The mine of P. lantanae was collected in the bushland area in South Africa. The second specimen was attracted to light at 2100 m.

Mine. A moderate, irregular, oblong semi-transparent, tentiform underside mine with three folds; fine black frass are loose throughout the mine, part of it are used to cover the pale ochreous whitish cocoon; exuvium protrudes epidermis of a leaf before adult emerges ( Vári 1961: 218, De Prins & De Prins 2005: 331). The mining period is ca. 16 days (Vári’s note No 1575 in the manuscript notebook of 04/04/1955).

Flight period. Two specimens are known hitherto. The holotype was reared from a mine collected on 04 April 1955 and the second specimen was attracted to light 50 years later, on 26 November 2005. Adults fly presumably in mid-April in southern Africa and in late November in the areas round the equator. 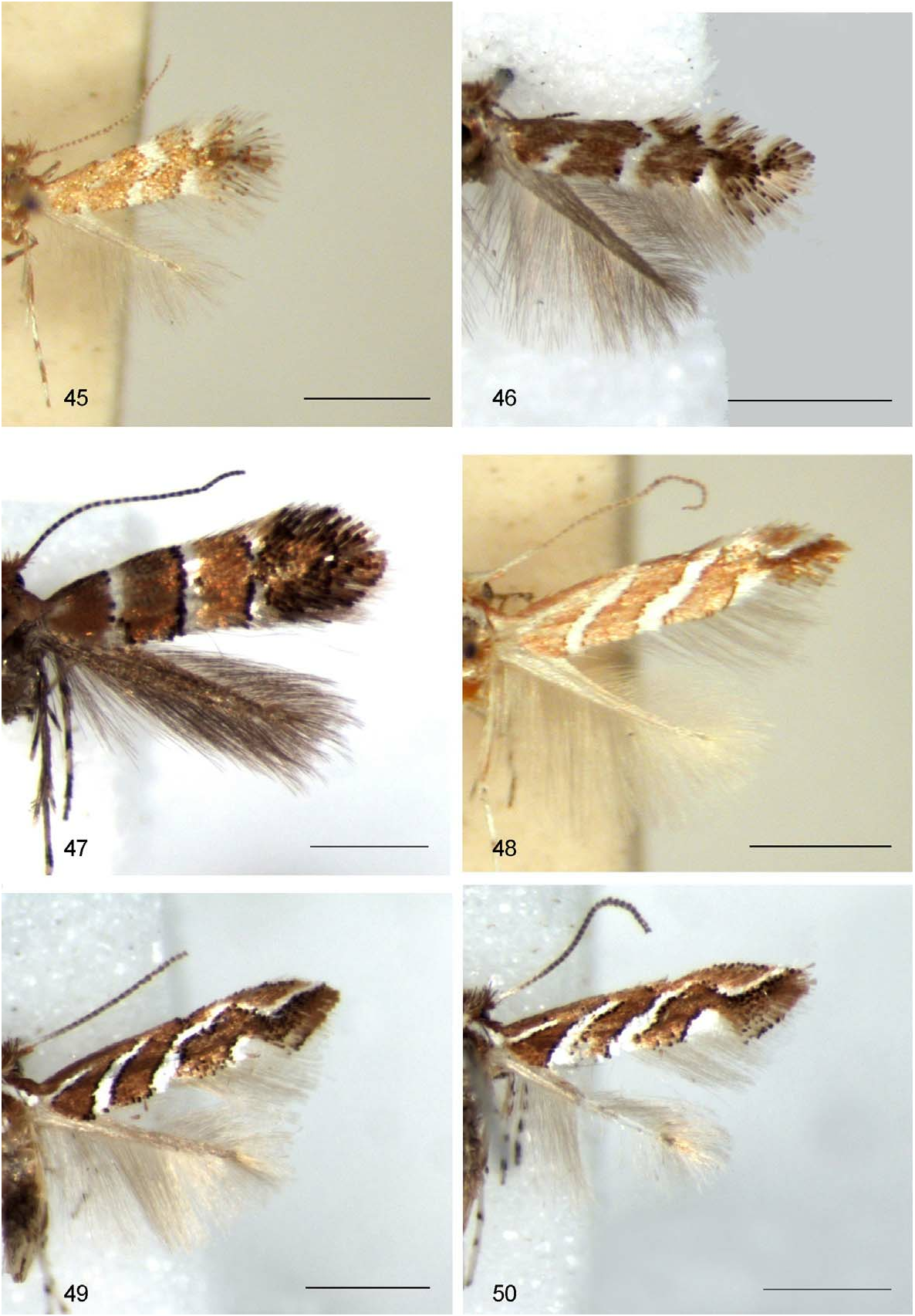 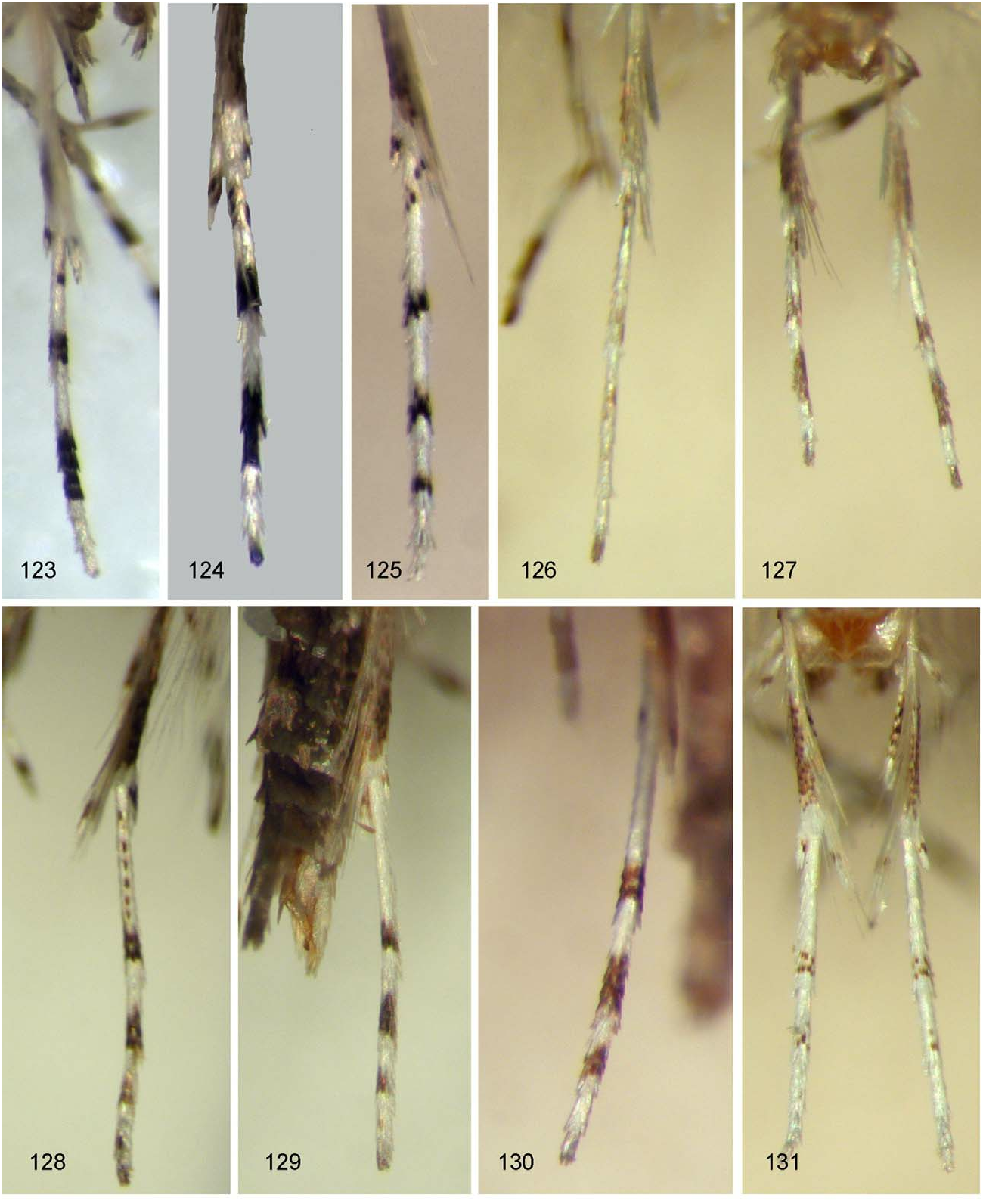 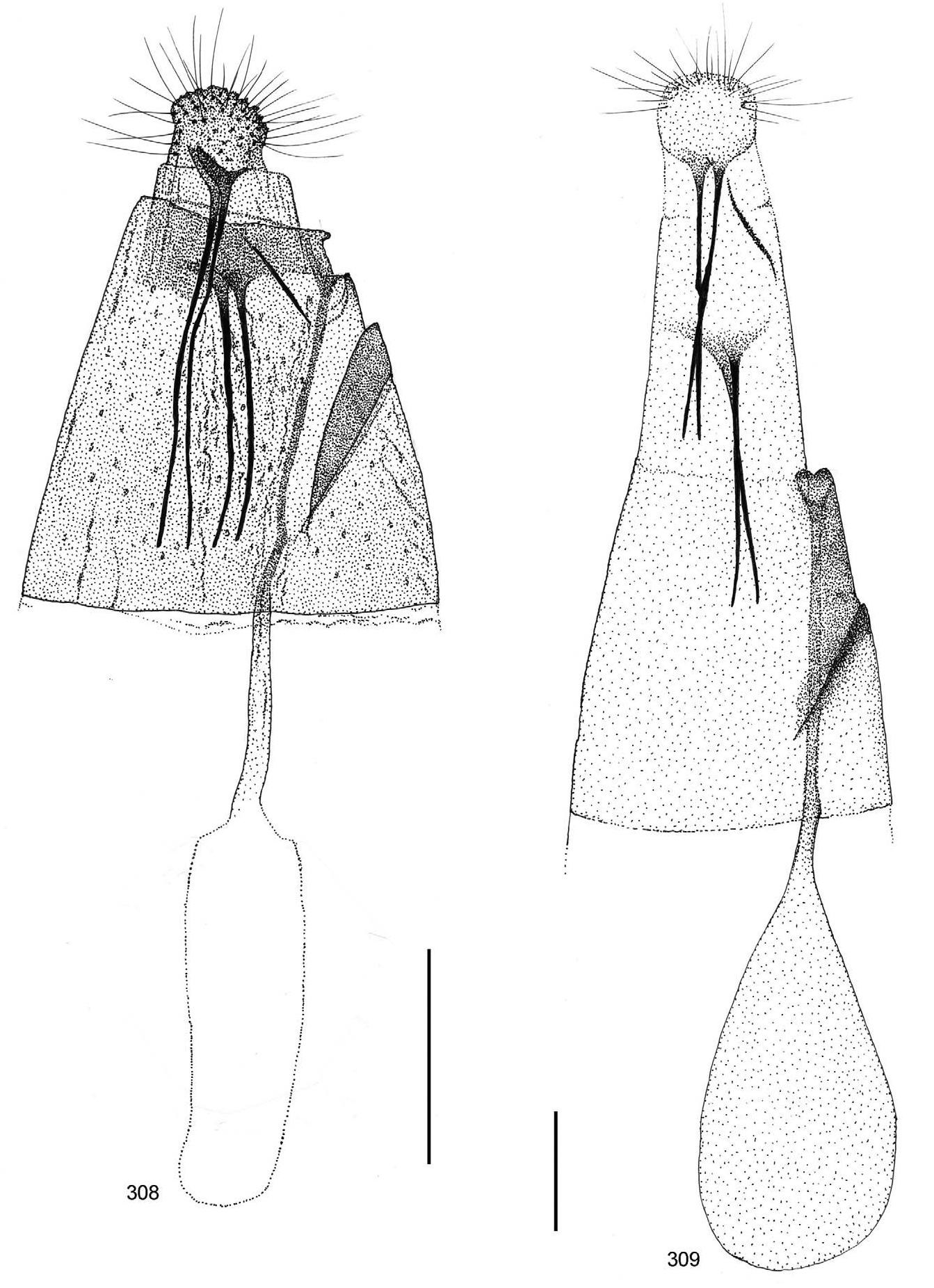 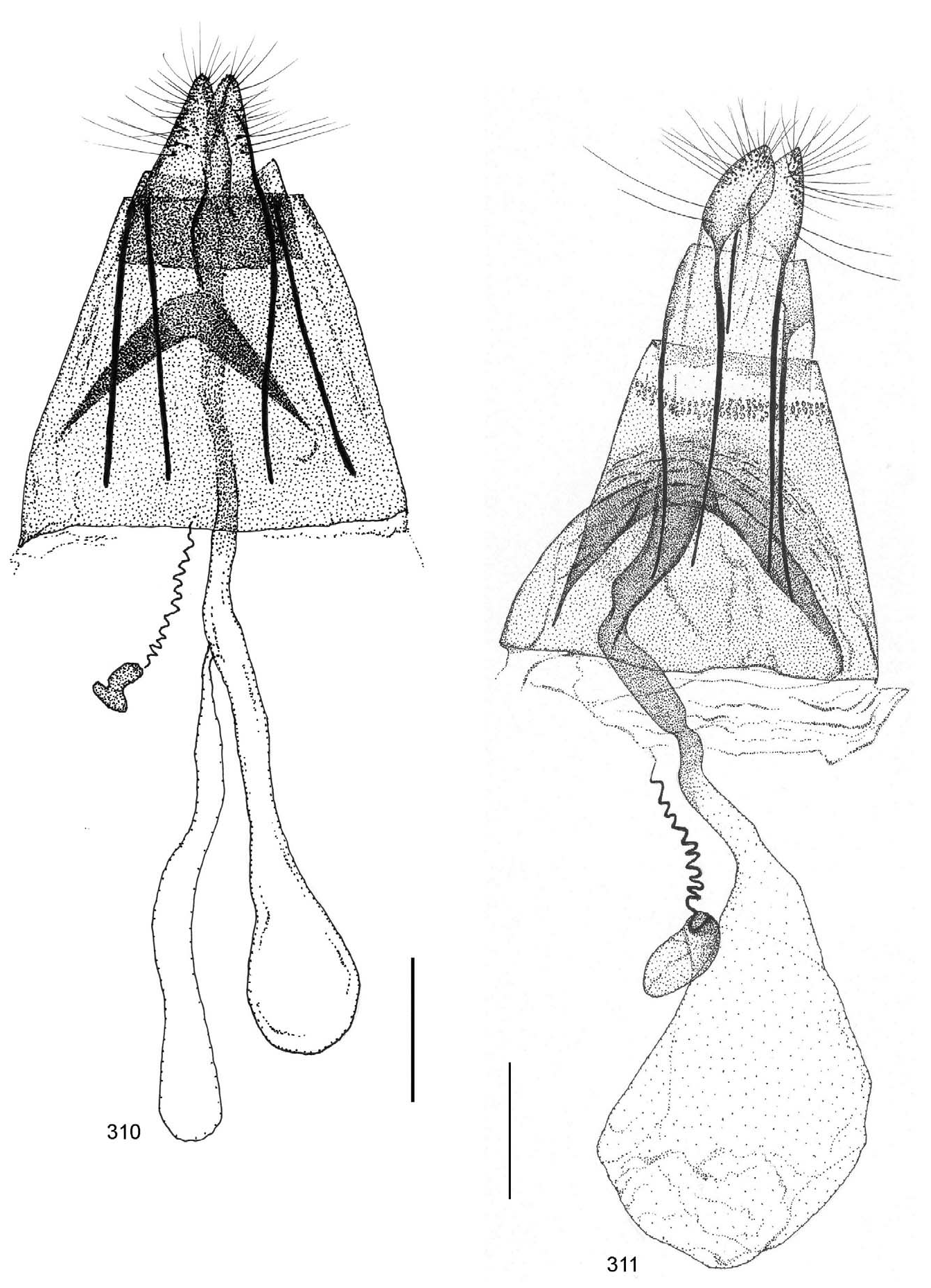 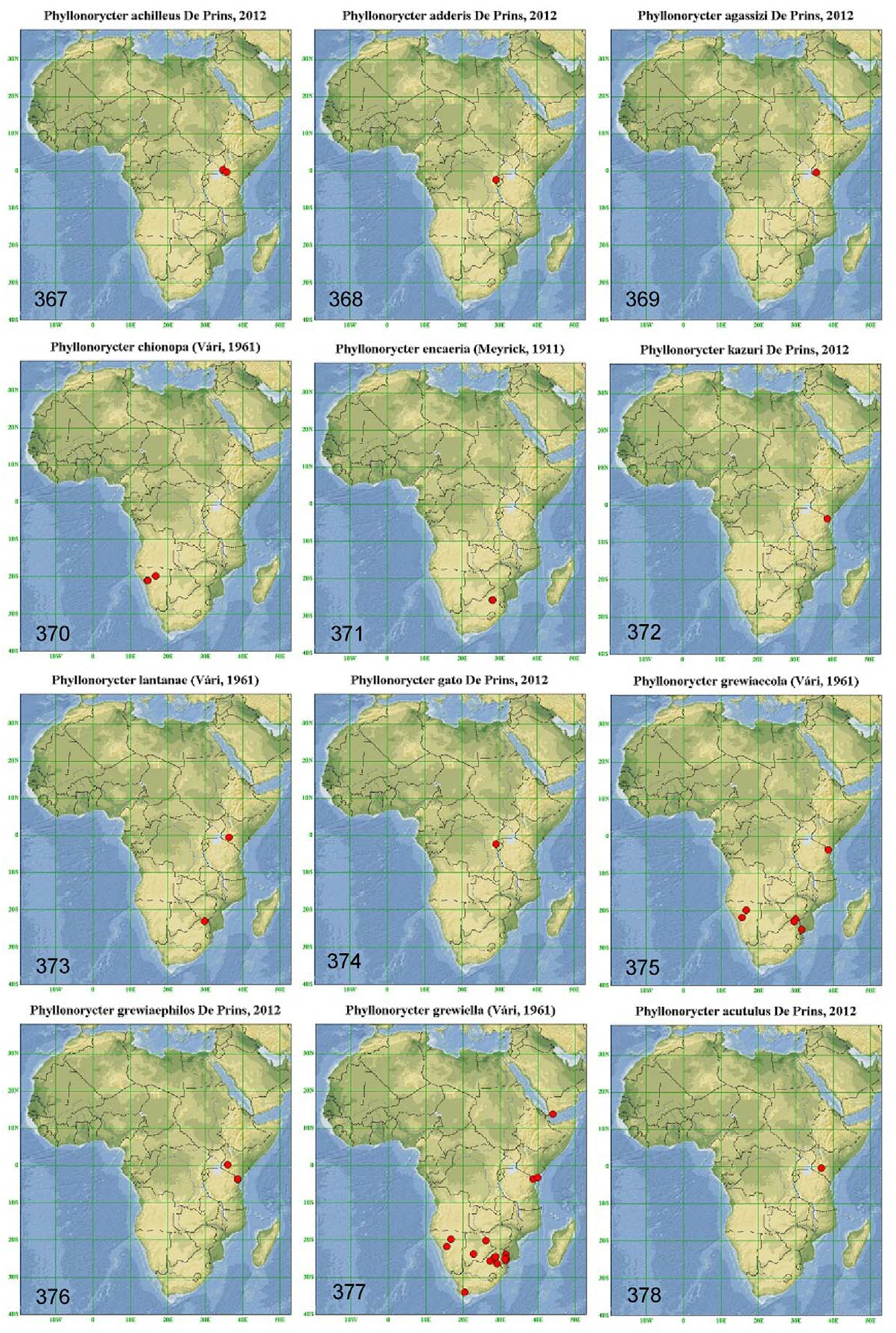