Comments. The etymon of this species refers to its poorly defined type location “… at the border of the …” Shiawassee River , Shiawassee Co. (Michigan, U.S.A.) . Edmondson (1944) reported this species from a lake in Connecticut ( U.S.A.) ; Ahlstrom (1934) listed this species as present in Florida ( U.S.A.) . Additionally, there is a mounted adult specimen (collected by C.F. Rousselet (1912.08.07), pond near Glasgow, Scotland and prepared by L. M. Dorsey: see Other material, above).

Kellicott’s (1888) description offers ratios of certain features, but no dimensions are provided. To our knowledge the seven dorsal nodules have never been illustrated adequately. The original description of this species notes that specimens were found attached to Myriophyllum along with two congeners L. ceratophylli and L. melicerta , both of which were more common. Edmondson (1944) notes the occurrence of this species on hydrophytes that had the characteristics of “… predominantly flat or very gently convex leaves, whether finely divided or not” and certain other species that did not fit this categorization (e.g., Ranunculus ). Kellicott (1888) noted two interesting behaviors. (1) The animals are said to pack flocculent debris against the rugose tube wall. Except for the placement of formed debris pellets in some Floscularia and fecal pellets in some Ptygura , no other sessile species actively augments their tubes. (2) The coronal discs are held in a near vertical position with the ventral antennae held at a sharp angle to the tube.

An additional taxon, Limnias sphagnicola Zacharias, 1886 has not been included in the present treatment of the genus as it is considered an unrecognizable species inquirenda ( Segers 2007; Jersabek & Leitner 2013). In addition the name is included on the list of names to be removed from zoological nomenclature in the candidate part Phylum Rotifera of the List of Available Names in Zoology (see Segers et al. 2012). 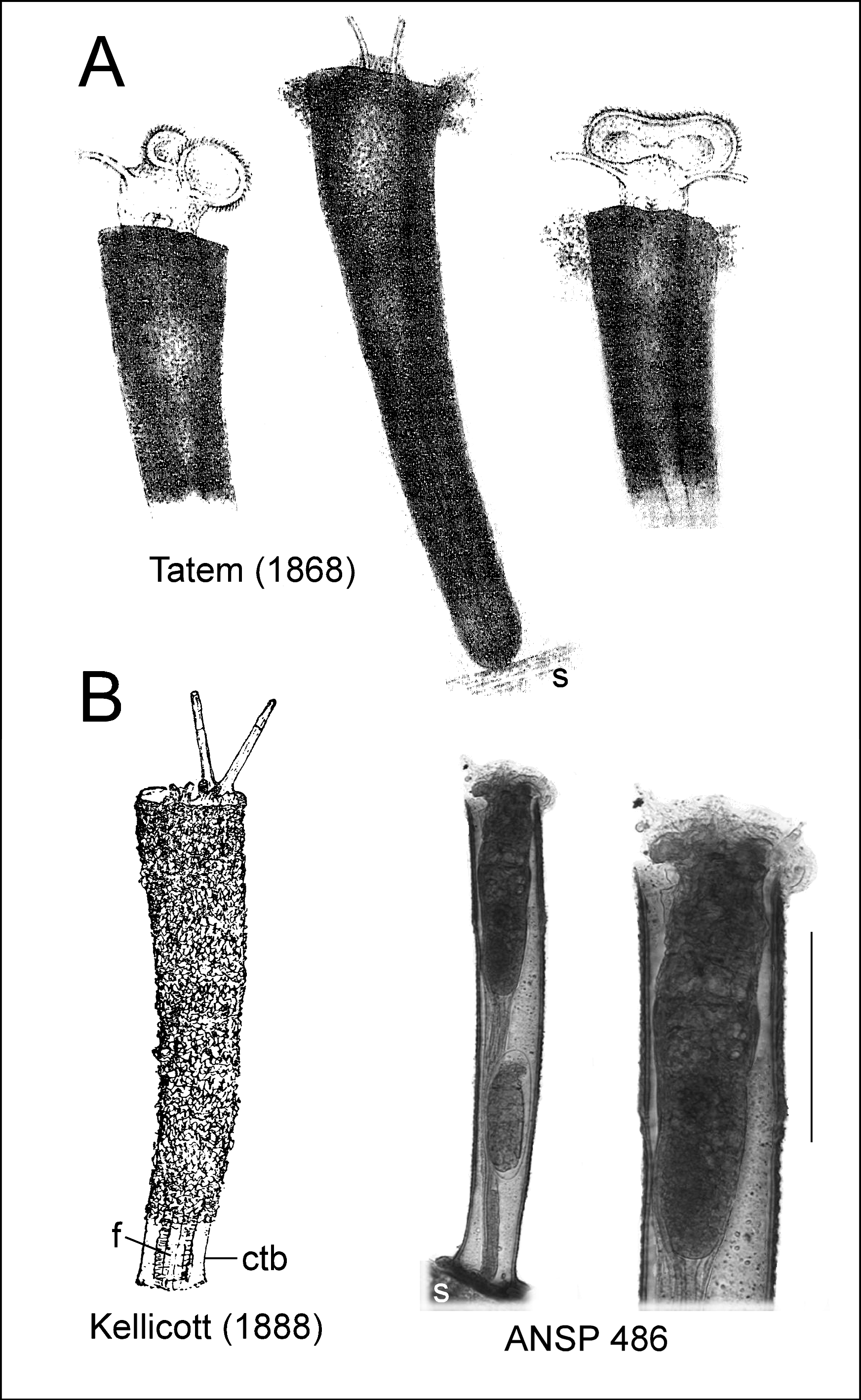