Diagnosis (based on the female only)

Maxillule ( Figure 3 View Figure 3 (b)). Praecoxal arthrite with row of spinules proximally, with two surface setae, one lateral pinnate spine, and seven distal spines of which two single and bare, two with articulated tip and bare, and three pinnate elements of which two with long spinules and one with small spinules. Coxa with one subdistal seta, and apically with one slender seta and one very strong, pinnate element. Basis with some median

P1 ( Figure 4 View Figure 4 (a)). Coxa with small spinules close to inner corner proximally, and medially close to basis, the latter with inner and outer spiniform elements, with some spinules in the middle, at the base of endopod, and at the base of outer element. Endopod three-

P5 ( Figure 6 View Figure 6 ). With some spinules on baseoendopodal setophore. Endopodal lobe poorly developed, with two setae subequal in length, with some slender, long spinules between both baseoendopods. Exopod distinct, elongated, slender, four times as long as wide (maximum width measured at its base), with spinules as figured, with six setae. 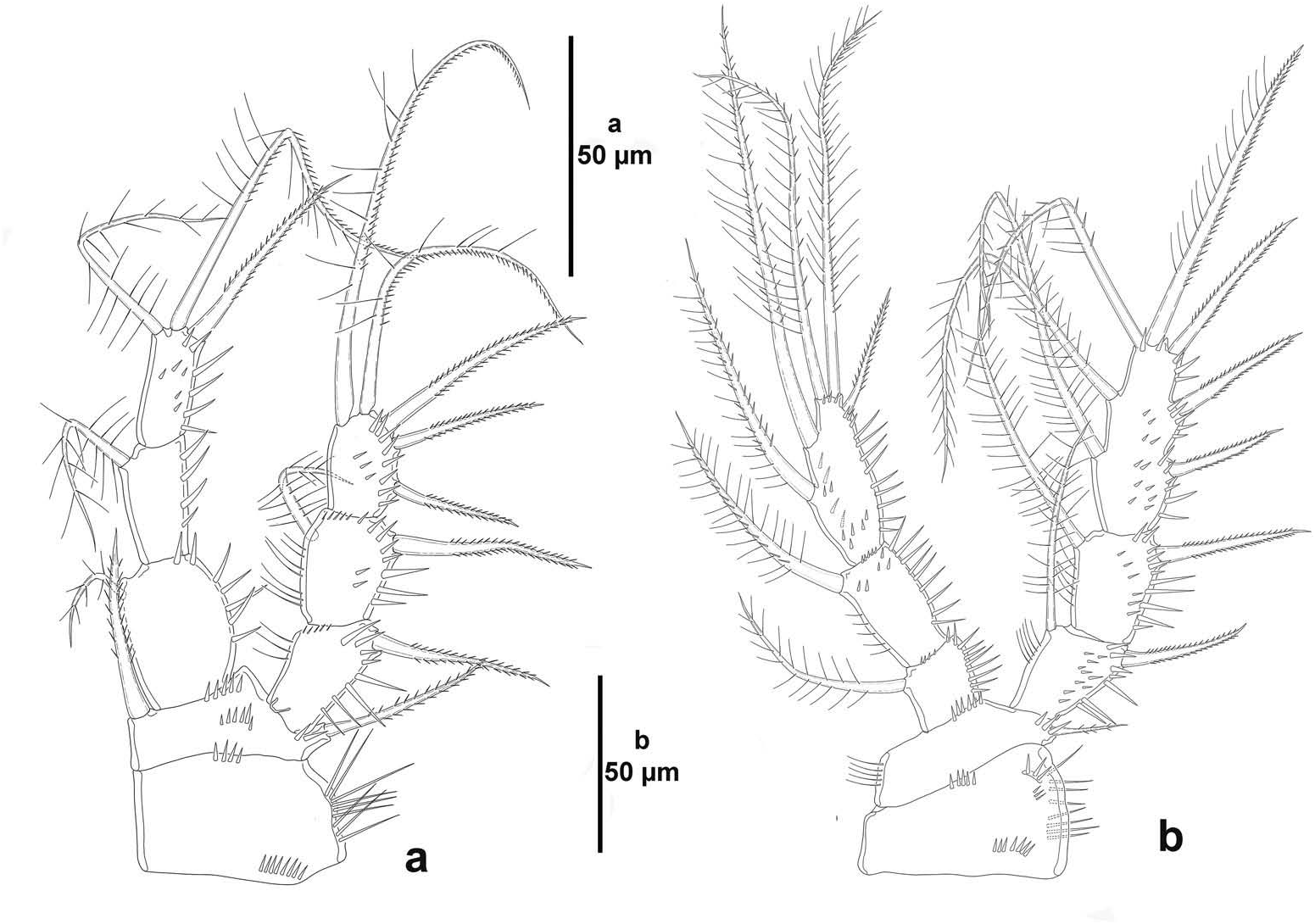