Remarks: The record from Namibia from the Central Kalahari region presented by Griffin & Dippenaar-Schoeman (1991) and included in the WSC probably resulted from the earlier distribution of the species presented in the catalogue of Roewer (1942) as “Kalahari”. During the recent redescription of the species (Zonstein et al. 2018), the type specimen and a second series of specimens from Lotlhake Pan east of Tshane both originate from Botswana. Further, all of the records from the Kalahari included in the papers of Purcell (1908) and Simon (1910) are in the Botswanan part of this desert ( Fig. 1 View FIGURE 1 ). It is therefore possible that the species has not been recorded from Namibia before, at least not in the form of published taxonomic records. 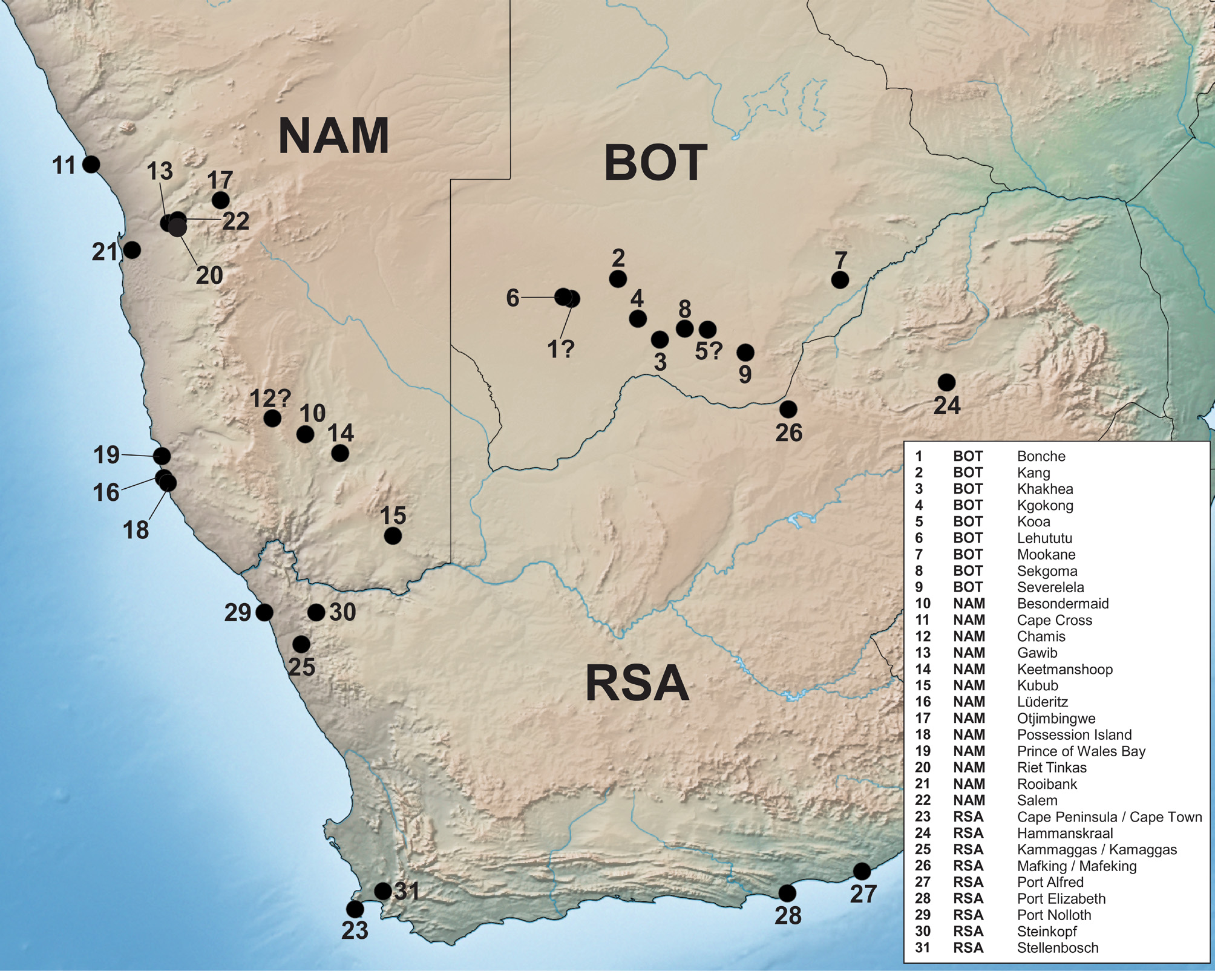 FIGURE 1. Map of southern Africa, indicating localities sampled during the Schultze expedition in Botswana (BOT), Namibia (NAM) and the Republic of South Africa (RSA). Locality numbers in the key correspond to co-ordinates in Table 1 and dubious localities are indicated by a?. Localities are listed in alphabetical order by country. One locality, Kugukup in Botswana, could not be traced.