Variation. Most specimens were similar to the holotype in body size and proportions and scalation. Variation in the snout tip area usually took the form of from 3–6 scales in contact with first supranasals, including presence or absence of a small internasal between the first supranasals ( Fig. 3 View FIGURE 3 C). Pre-cloacal pores were 4 with the exception of WAM R 120789 with 3. Males possessed enlarged cloacal spurs whereas in females, the spurs are smaller and protrude away from body less. Original tails with large scales (~4–6 times the size of dorsal scales), scales rectangular with rounded posterior edge, slightly imbricate, arranged in regular rows; subcaudal scales ~1.5 times larger than dorsal tail scales, flattened, imbricate; regenerated tails with smaller, flatter scales compared to original scales; hemipenes bifid.

Distribution. Occurs on the Carnarvon coast of Western Australia from areas inland of Geraldton in the south, extending north through Kalbarri, Shark Bay and to the southern part of the North West Cape at Yardie Creek (where it is narrowly sympatric with C. tuberculatus   sp. nov.) ( Fig. 2 View FIGURE 2 ). Also collected from Bernier and Dorre islands in Shark Bay and off Carnarvon. Furthest inland occurrences near Wandana Nature Reserve at the southern part of its distribution (~ 100 km inland) and Nerren Nerren further north (~ 70 km inland) (both with genotyped specimens), otherwise most records occur within 50 km of the coastline.

Habitat. Collection records indicate a preference for spinifex and coastal dune vegetation such as shrubs, Acacia   and Banksia   . Occasionally collected from under tin and limestone slabs.

Etymology. The specific name occidentalis (Latin)   refers to the western distribution of this species.

Remarks. This species’ distribution is closely associated with the western coast and its furthest inland extent is also the most southern, possibly indicating a low tolerance for extremely dry conditions. This area receives variable rainfall during the winter months (May –August), with decreasing rain furthest north where C. occidentalis   is only found in a narrow band along the coast.

The sister species of C. occidentalis   is C. tuberculatus   sp. nov., with an estimate of divergence around 5 mya ( Oliver et al. 2010). Unlike the rather typical Crenadactylus   morphology possessed by C. occidentalis   , however, C. tuberculatus   sp. nov. has a highly derived morphology and pattern and is entirely restricted to the rugged limestone hills and gorges of the Cape Range. The two species come into contact at the northern edge of the distribution of C. occidentalis   , including sympatry where the two species meet at Yardie Creek. 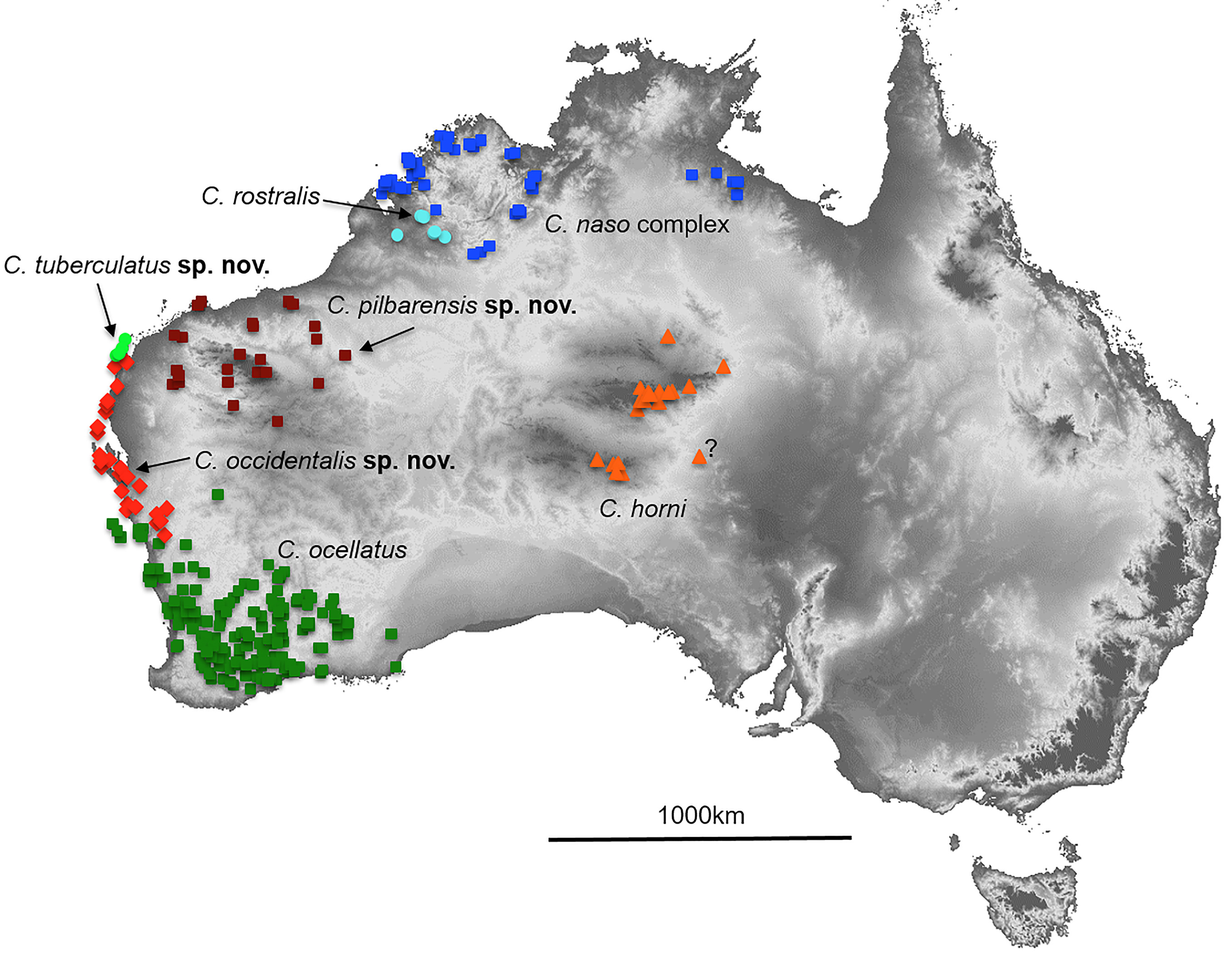 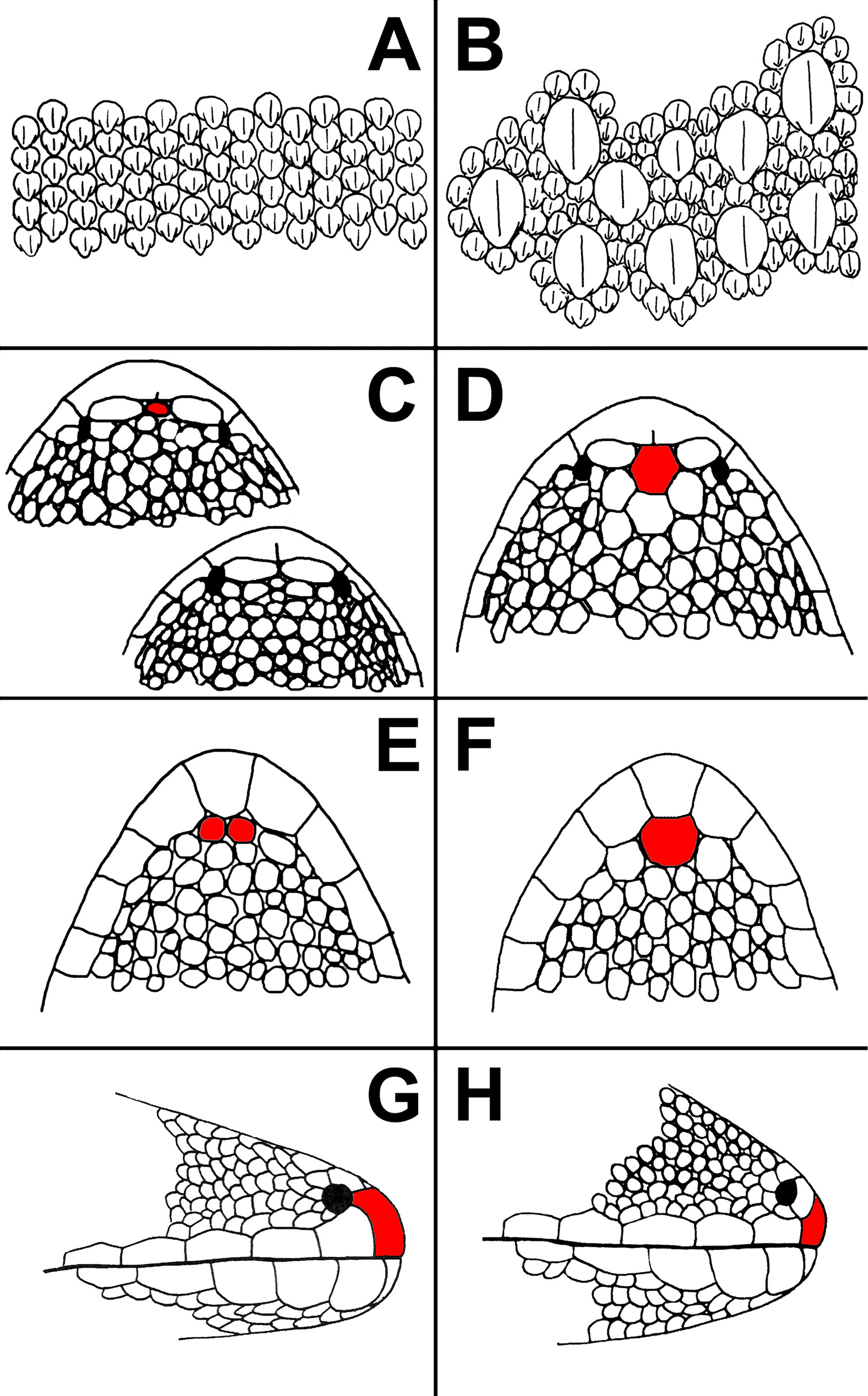