De Jong (1986) described this species from Mufindi in the Udzungwa Mountains of the Southern Highlands of Tanzania, based on material collected by TCEC. It is a Tanzanian endemic, common in the Udzungwa Range in open spaces in forest, and also known from forest-grassland mosaic on the Kitulo Plateau, and the Bundali Hills, Ileje District. It is therefore possible that it might be found across the Songwe River in Malawi, although we have not found it there. Chondrolepis obscurior flies commonly in the Udzungwas around Mufindi in January and February ( Figure 36 View FIGURE 36 ). Females favour robust grass clumps in full shade for oviposition.

Early stages have been found on Festuca africana and Hickelia africana . When ovipositing on F. africana , the females prefer to lay on plants inside the forest, or at least in well shaded places, and not on the forest edge. Careful search in areas where this butterfly is common has failed to find its caterpillars on other species of grass. Hickelia is a genus of Madagascan scandent bamboos with a single representative in montane forest in the Udzungwas. When caterpillars were raised on Arundinaria alpina bamboo, the resultant adults were mostly undersized, suggesting that this bamboo, although abundant in the range of the butterfly, may be unsuitable as a food plant.

The species appears to be single brooded, the caterpillars being very slow growing. The young caterpillars make a leaf fold from one edge (Figure 37.1), while older caterpillars roll an entire leaf (Figure 37.2). The final instar caterpillar binds several leaves together to make a shelter in which to pupate (Figure 37.3), the shelter hanging from a single partially severed leaf. No white waxy powder on punctata Aurivillius or in shelter.

The pupa ( Figure 39 View FIGURE 39 ) resembles those of other Chondrolepis spp. described above: cylindrical, with a short, anteriorly truncate frontal projection; proboscis extends only one segment beyond wing cases; brown, darker dorsally; frontal projection, spiracle T 1 and cremaster dark brown; short, erect brown setae on anterior and posterior portion of eye, dorsally on thorax, weaker on abdomen; a fringe of stronger, longer setae around posterior margin of cremaster, except ventrally to cremaster. 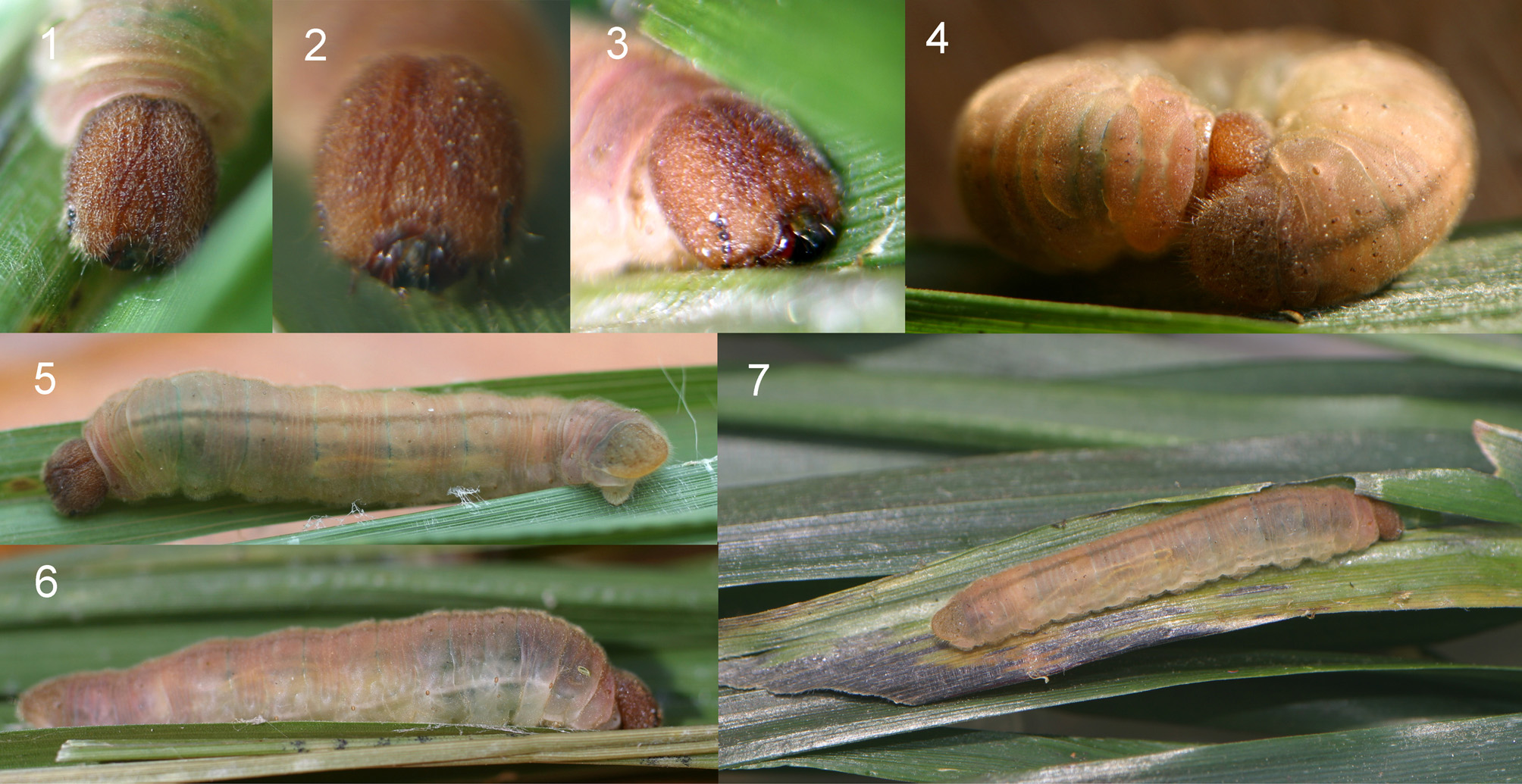 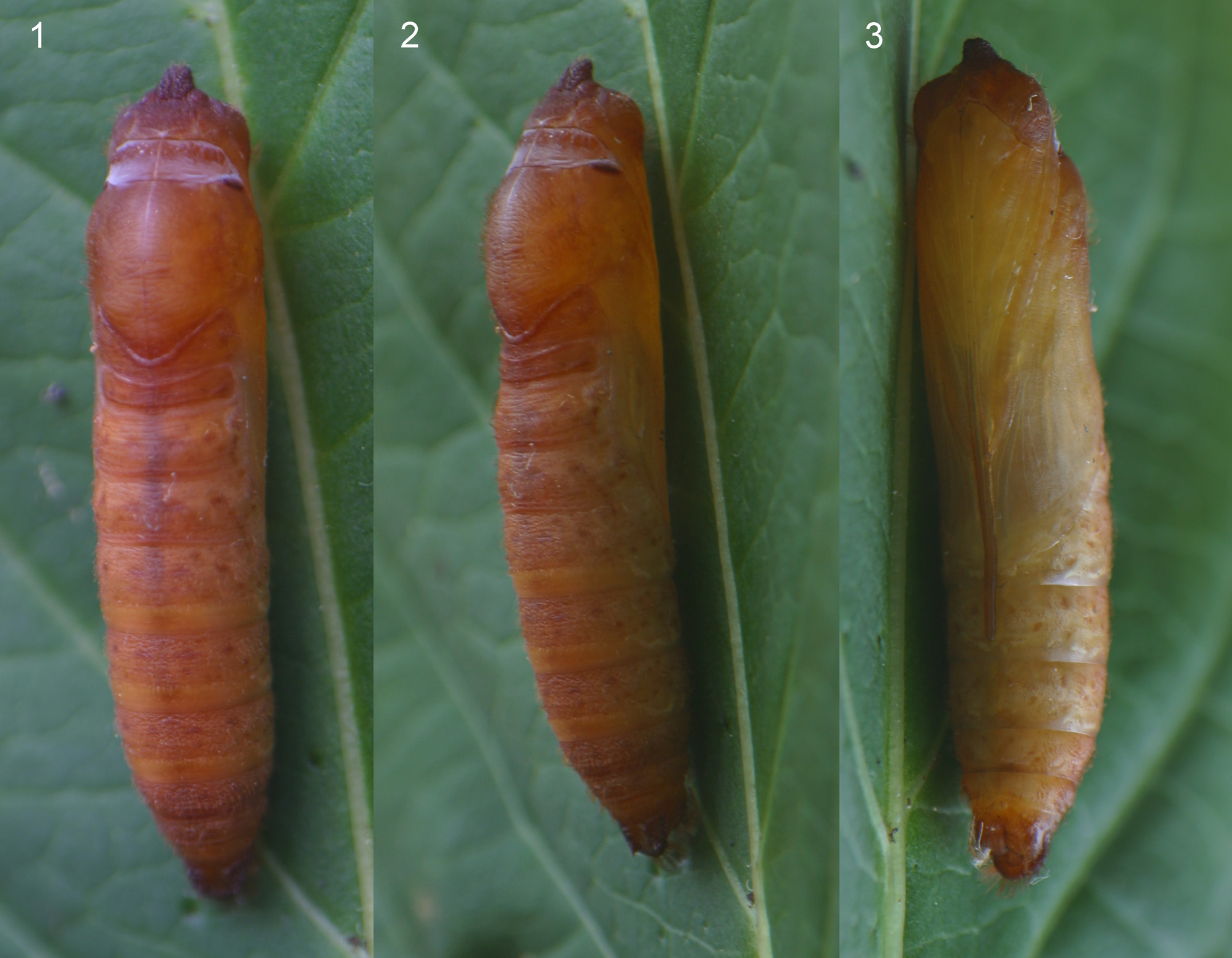