The fact that several caterpillars were found of the extremely rare species in collections, P. albiplaga   , may have been a freak event, but more likely indicates that early stages are more easily located than adults in this species. This could also apply to other apparently rare Madagascan endemics. The striking caterpillar central head marking is not matched in any other African Hesperiinae   as far as we are aware, but is more reminiscent of Kedestes   spp. (e.g. Figure 5 View FIGURE 5 ) and Moltena fiara (Butler)   ( Henning et al. 1997, TCEC unpublished) than other genera. The black anal plate in instar n- 2 is not a common feature amongst African Hesperiinae   , but is found in M. fiara   , K. niveostriga schloszi   (above), K. callicles   ( Figure 7 View FIGURE 7 ) and we have seen a similar marking in Metisella   ( Heteropterinae   ). The extensive dark markings of the pupa are reminiscent of Kedestes   spp. ( Figure 6 View FIGURE 6 ), rather than members of the Ploetzia   group (below, Cock et al. 2014). We hesitate to suggest any phylogenetic links based on these superficial similarities. 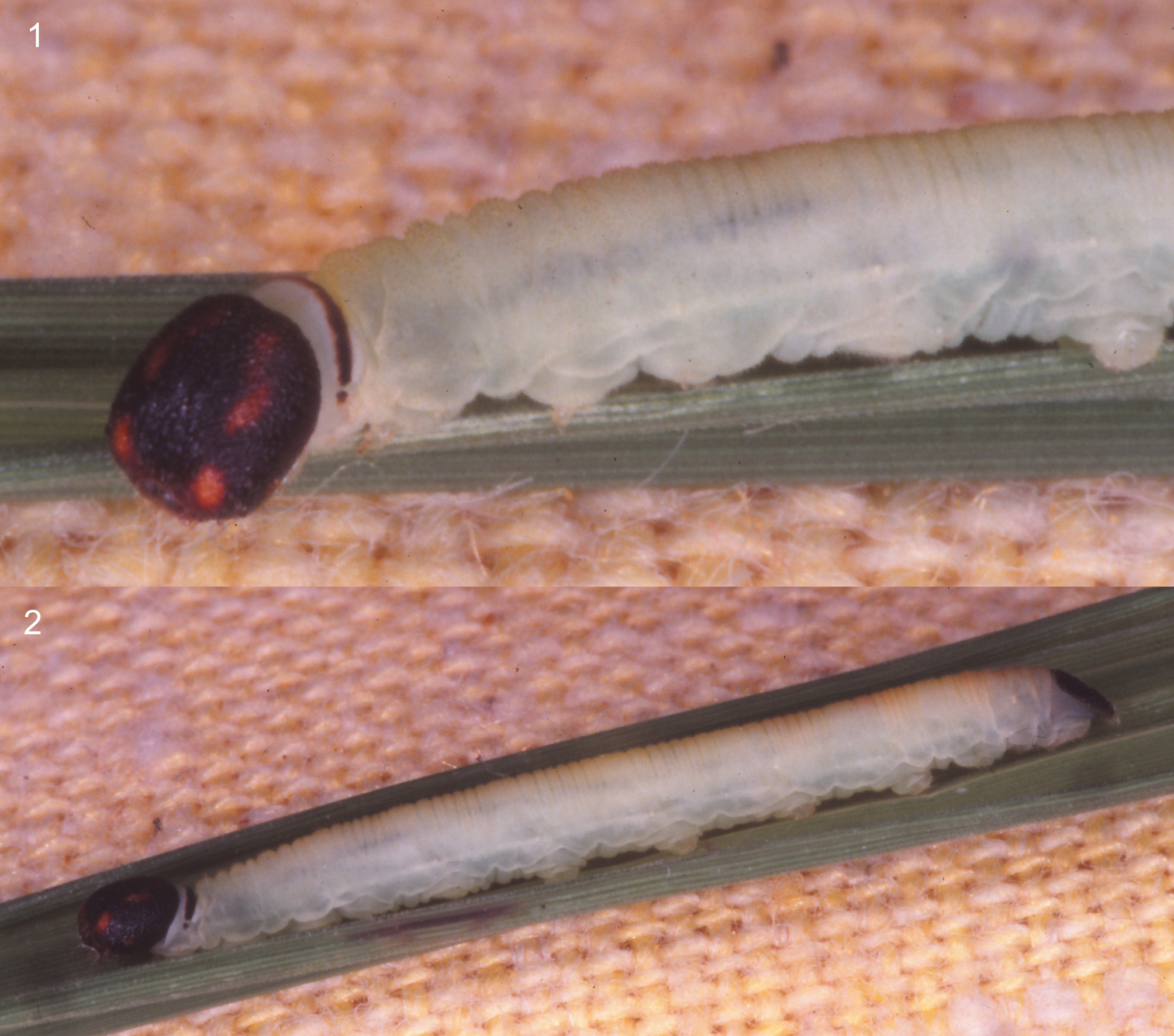