Two subspecies of Kedestes wallengrenii  are recognised: the nominate wallengrenii  , described from ‘ Natal (Upper Districts) and Zulu-land’ ( Trimen 1883) and found from South Africa, north to Uganda and Kenya, and ssp. fenestratus (Butler), described from Zomba, Malawi ( Butler 1894) and restricted to submontane Malawi. Although ssp. fenestratus is reported from Tanzania, particularly western Tanzania ( Evans 1937, Kielland 1990), we follow the advice of T.B. Larsen (pers. comm. 2014) in treating this material as the nominate subspecies. It is ‘common in woodland and highland open habitats from 500 to 2200 m’ in Tanzania ( Kielland 1990).

The final instar caterpillar ( Figure 5View FIGURE 5) was found in a tube shelter made from a single leaf rolled upwards, eating its way back towards base of leaf; the open end of the shelter pointed upwards at about 45 °. The head had sharply outlined, distinctive white and dark markings; the pronotum was narrow and dark; spiracle T 1 white; legs concolorous.

The caterpillar pupated in the shelter. The pupa ( Figure 6View FIGURE 6) is white with extensive black areas covering the head, much of the dorsal thorax and a row of large dorsal patches on the abdomen; there are forward pointing dark setae on the head and anterior dorsal thorax, and backward pointing ones on the posterior portion of the abdomen. There seems to be a weak barrier of loose silk blocking the head end of the shelter; the cremaster is attached to a small pad of orange-brown silk; there is no white waxy powder on the pupa or in the shelter. On emerging, the adult male unfortunately failed to expand its wings, but T.B. Larsen was kind enough to examine the genitalia and determine the species. The white radial streaks on the hind wing underside were diagnostic for the nominate subspecies. 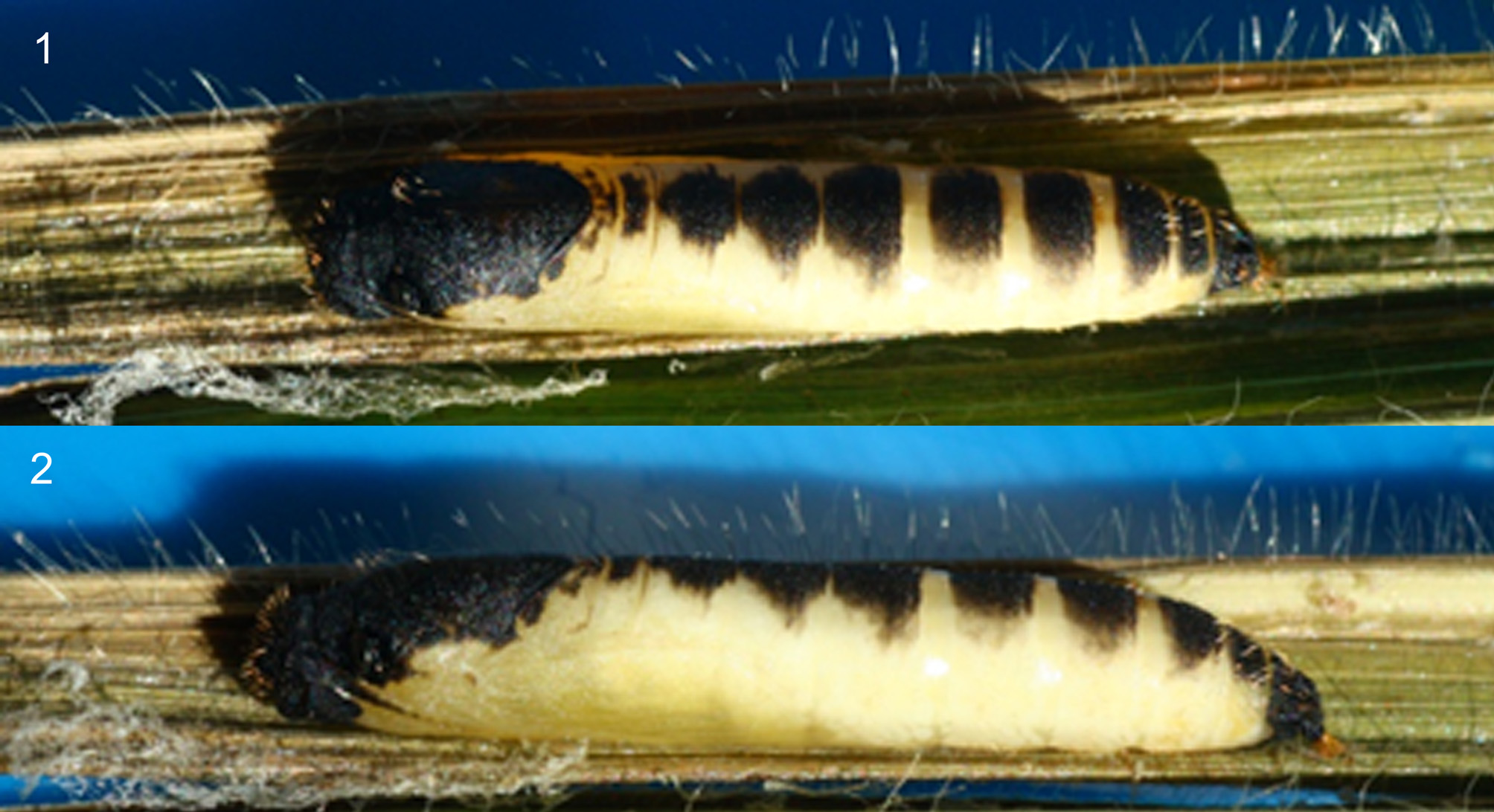