ETYMOLOGY. — The specific epithet is derived from the South American Tupi-Guarani word “mirim”, meaning small; an allusion to the small size of the shells.

REMARKS ON BOTH SPECIES OF MITROMORPHA The generic attribution is based on the shell shape and the presence of a pair of small teeth in the inner lip. The genus was naturally described in Mitridae , based on those teeth. It was transferred to Turridae H. Adams & A. Adams, 1853 afterwards ( DuBar 1958). However, a close resemblance to the costellariid genus Pusia Swainson, 1840 is also clear, based on a set of characters, such as the relative small size, the elongated aperture lyrate within ( Cernohorsky 1970: 55). The number of columellar plicae was decisive for the final decision.

Both Mitromorpha sama n. sp. and M. mirim n. sp. are very similar. They can be distinguished from each other only by some characters. The main one is the size; shells of M. sama n. sp. are almost double in relation to shells of equivalent degree of development of M. mirim n. sp. This feature is shown in Fig. 9L View FIG , where two typical specimens are illustrated at the same scale; the specimen of M. sama n. sp., on the right, and that of M. mirim n. sp. on the left. In Figure 9L View FIG is also clear the differences in size even of the protoconch. Beyond the size, M. mirim n. sp. still differs from M. sama n. sp. by proportionally wider protoconch, by protoconch slightly pointed (compare Figure 9E and K View FIG ), by axial sculpture being mainly by undulation instead of aligned pustules, by more rounded outline, by proportionally longer aperture (c. 60% of shell length, instead of c. 50% for M. sama n. sp.), and by the short distinct slope preceding outer lip (compare Figure 9D and J View FIG ). 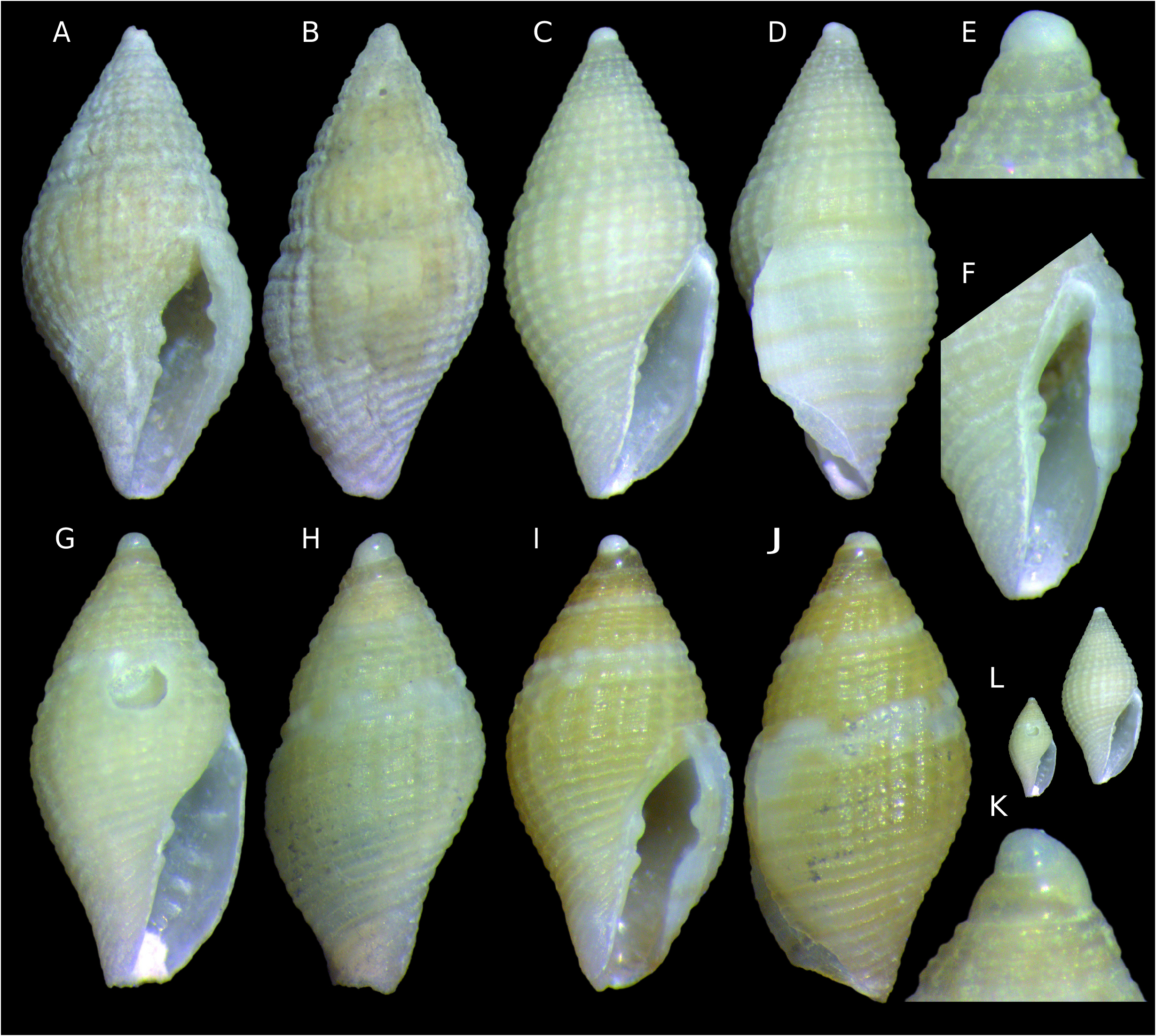