DISTRIBUTION. — Only known from the type locality.

ETYMOLOGY. — The specific epithet is derived from the Latin “lacrima”, meaning tear, an allusion to the general form of the shell.

Pseudosimnia lacrima n. sp. is somewhat similar in shape to Primovula concinna (Adams & Reeve, 1848) from eastern Africa ( Cate 1973), but differs in lacking developed transverse striae, by a wider shell region in the middle (instead of upper third), a wider aperture and teeth protruding inside the aperture. It differs from Pseudosimnia carnea (Poiret, 1789) , from the Mediterranean, in having thicker walls, fewer labial teeth and a more rounded siphonal canal. It differs from P. perilla Cate, 1973 in being wider and shorter, in having fewer teeth in the outer lip, and by possessing a closed anterior canal. In the same region, only two deep-water ovulids occur, P. vanhyningi (Smith, 1940) and Spiculata bijuri Cate, 1976 ( Simone 2007); P. lacrima n. sp. differs from the former in being much smaller, in having wider anterior and posterior ends, and by having canals broader and less protruded; from the latter P. lacrima n. sp. differs in being shorter, in having much blunter anterior and posterior ends, thicker walls, callus less protruded and the teeth in inner lip. 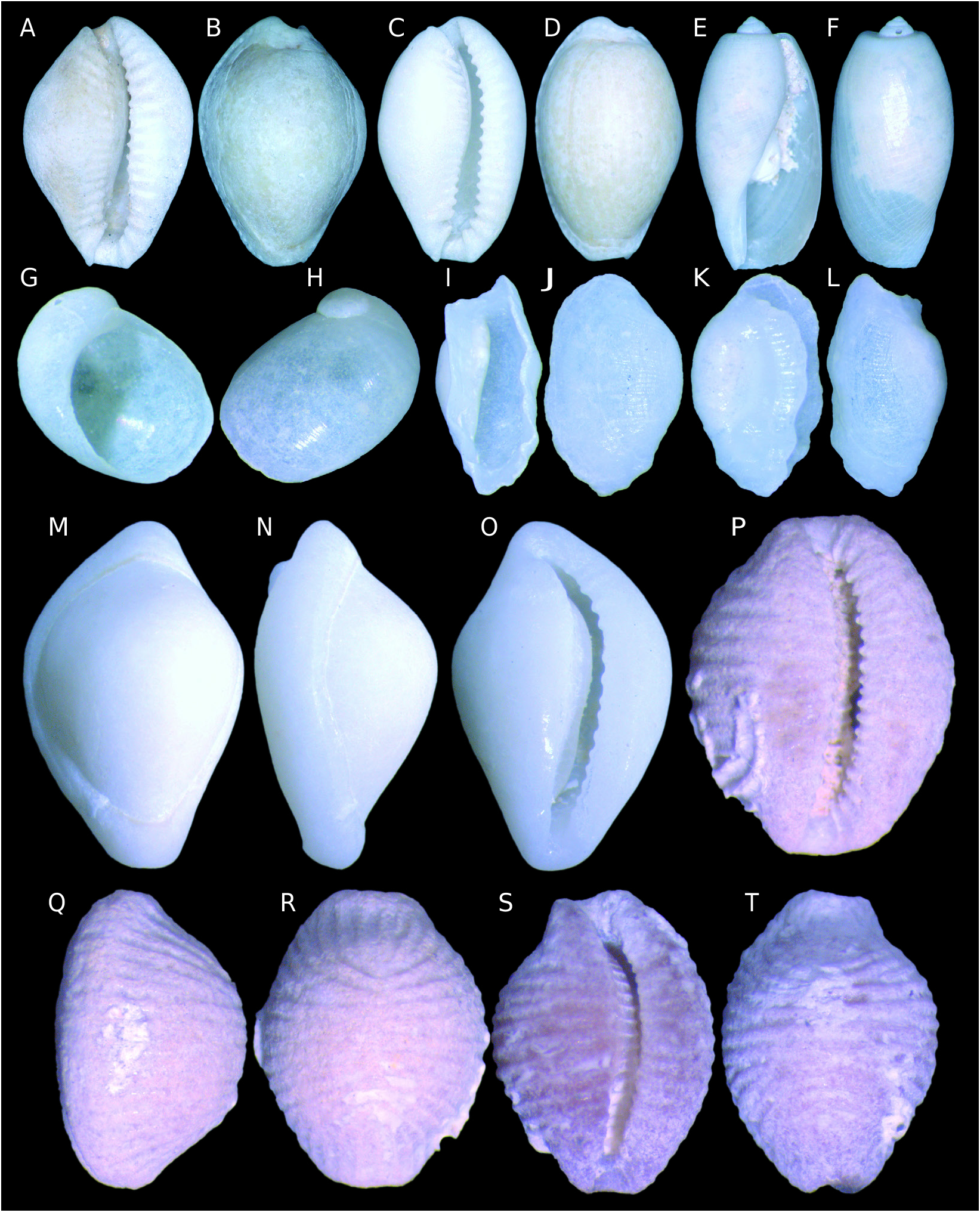