ETYMOLOGY. — The specific epithet is related to the word “aquitan” in the native Tupi language, meaning short, small.

The generic attribution to Onustus aquitanus n. sp. is not straightforward. It has an intriguing mixture of characters in common to Onustus and to Xenophora Fisher, 1807 as defined by Ponder (1983). The relatively wide umbilicus, the irregular riblets in upper surface, the lack of sculpture of inferior surface and the porcellaneous inferior surface indicate Onustus affinity. On the other hand, O. aquitanus n. sp. lacks a wide peripheral flange and has a good quantity of foreign objects attached to its whorls, which approach the species to Xenophora . The generic attribution in favor to Onustus is purely by parsimony.

Beyond the generic features, O. aquitanus n. sp. additionally differs from Xenophora conchyliophora in being taller, by the presence of an umbilicus and in lacking brown pigmentation.

In regard to the protoconch, O. aquitanus n. sp. has an intermediary degree of multispirality. It is not as multispiral as, e.g., the Pacific Stellaria solaris (Linnaeus, 1764) and Onustus exutus (Reeve, 1842) . On the other hand, it is much more coiled than protoconchs of the Pacific Xenophora flindersi (Cotton & Godfrey, 1938) and others ( Ponder 1983: fig. 13). The O. aquitanus n. sp. protoconch, in fact, is somewhat similar to those of X. neozelanica Suter, 1908 .

The shell size is another interesting diagnostic feature. Onustus aquitanus n. sp. looks to be the smallest of the Recent xenophorids. The remaining species, mainly those from western Atlantic, are commonly over 100 mm. The sample studied here are not larger than 20 mm, although the paratype has the last whorl broken, its estimate maximum diameter is shorter than 50 mm. The small size if compared with other xenophorids is an interesting feature, mainly regarding the fossil record, which shows that the oldest species are of small size ( Cottreau 1922; Ponder 1983; Simone 2005a). 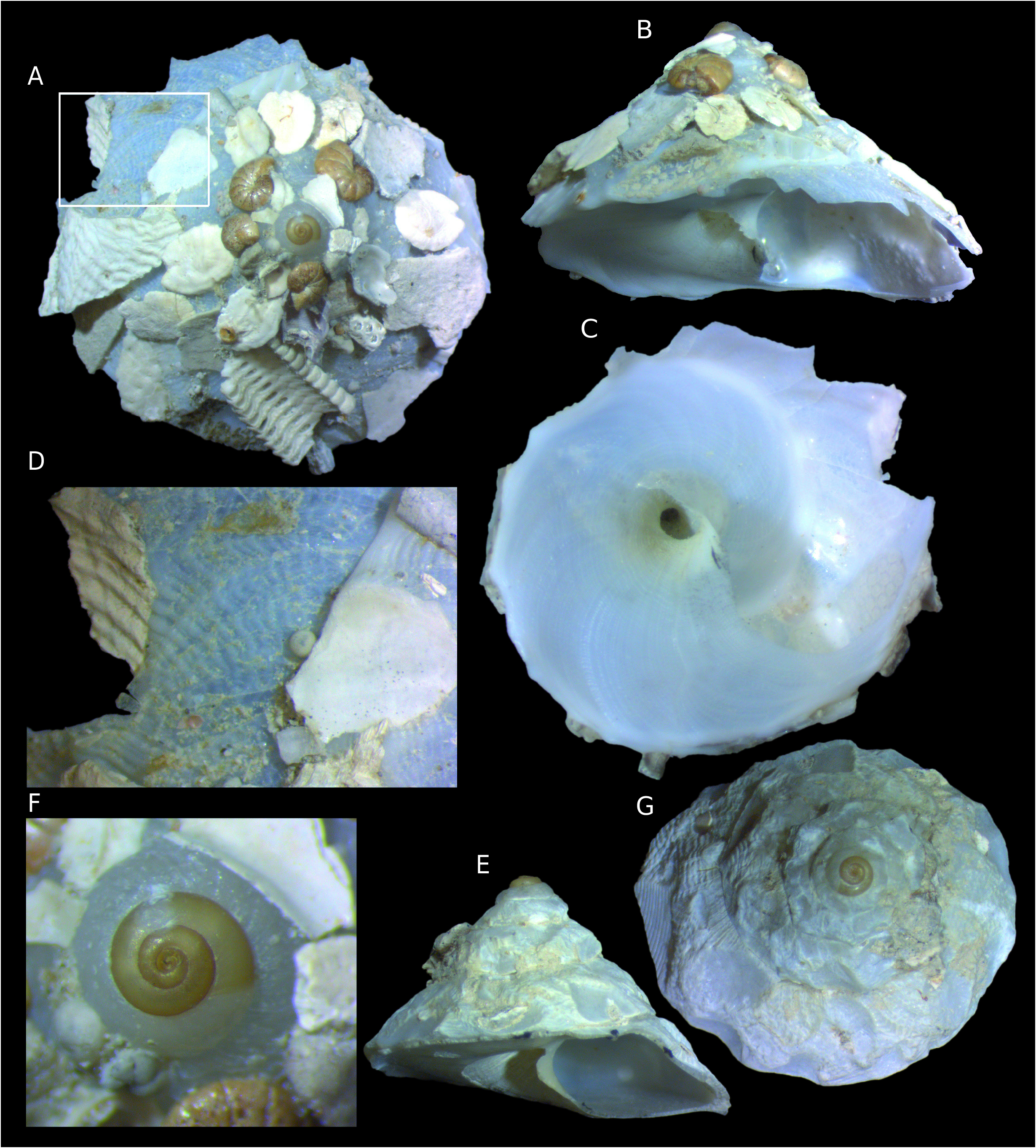