Diagnosis. The male can be differentiated from other species of the genus by the absence of sublateral processes on S 6 and the form of the sublateral processes on S 5 ( Figs. 1 C–F View FIGURES 1 A – K. A – J ). In side view, the latter have a narrow, digitiform apex, which is dorsoventrally flattened ( Fig. 1 E View FIGURES 1 A – K. A – J ). All other species in the genus have rounded (in P. penai angulate) sublateral processes on S 6 and approximately triangular processes on S 5, which are not dorsoventrally flattened, rather they are uniformly obliquely compressed. The female is most easily distinguished by the punctation of the metasomal terga: T 1 –T 4 have large, shallow punctures on the apical half (excepting the apical impressed areas) and T 2 –T 4 have minute, denser punctures bearing minute setae that are restricted to the anterior half of the tergum (slightly more extensive medially) ( Fig. 1 J View FIGURES 1 A – K. A – J ). Other species have the horizontal portion of T 1 impunctate, or almost so, and the minute punctures of T 2 –T 4 more extensive, at least on T 3 approaching the apical impressed areas medially to a distance much less than the length of the impressed area ( Fig. 1 K View FIGURES 1 A – K. A – J ). The male has similar sculpture but is more readily separated by the sternal characters noted above.

Etymology. The species is named after Horacio Larrain, eco-anthropologist and archaeologist of the Universidad Boliviariana in Iquique, northern Chile. The name is appropriate as his wife, Marta, is a sister of the renowned, late Chilean entomologist Luis Peña, after whom the genus and its type species were named. Dr. Larrain collected the first specimens of the species seen by the author and has been involved with numerous research projects on the locus typicus. 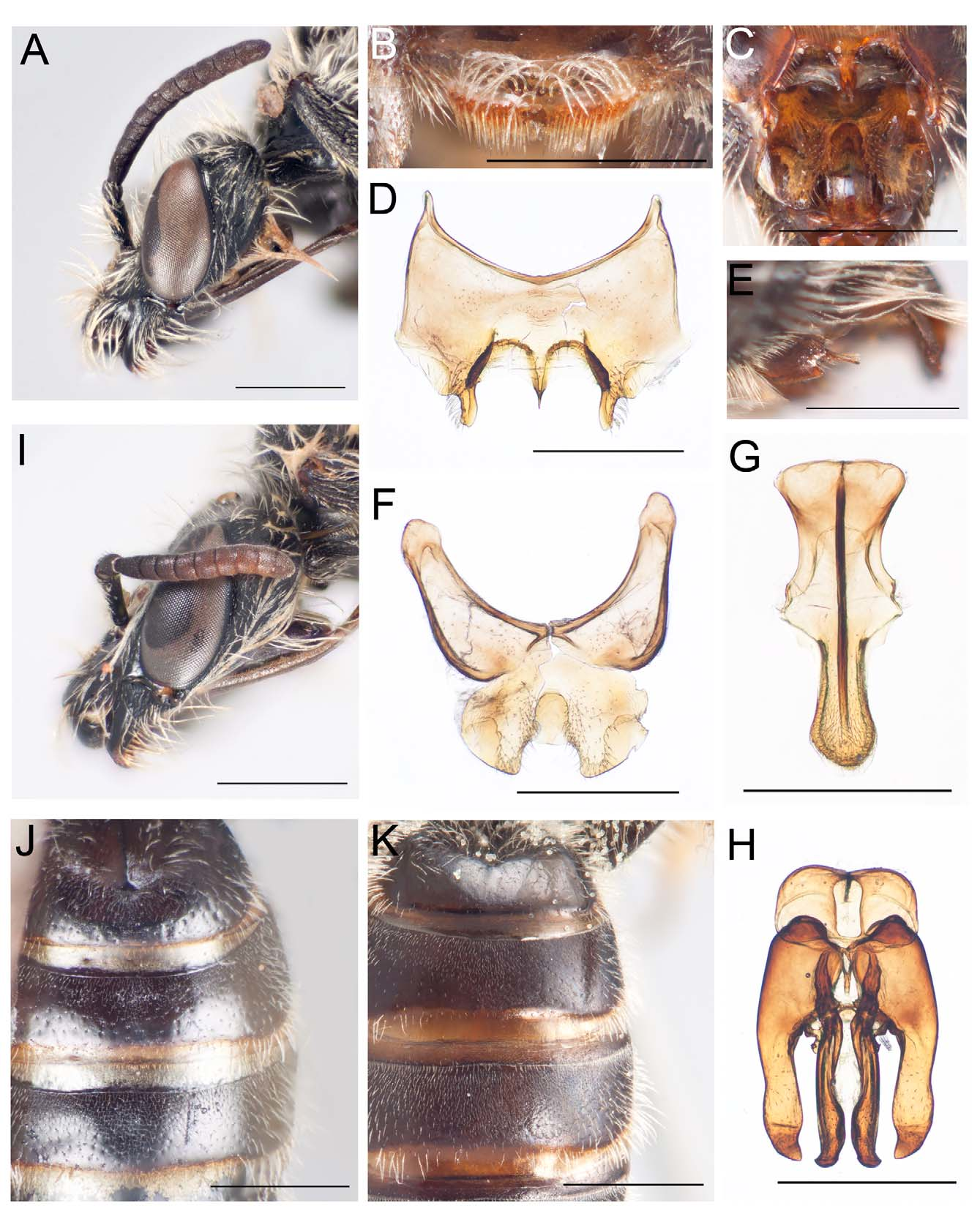