Barker, Dayana, 2019, Ixodes barkeri n. sp. (Acari: Ixodidae) from the short-beaked echidna, Tachyglossus aculeatus, with a revised key to the male Ixodes of Australia, and list of the subgenera and species of Ixodes known to occur in Australia, Zootaxa 4658 (2), pp. 331-342: 332-337

Etymology. It is a great pleasure for me to name this species for my husband, Stephen C. Barker, for his contribution to tick systematics, and for passing his passion for ticks, lice and other ectoparasites to me.

Differential diagnosis. Ixodes barkeri   is unlike all the other 21 species of Australian Ixodes   for which males are known, due to the presence of a large ventral horn-like projection on the ventral surface of palp article 1. Ixodes barkeri   is, however, similar to I. zaglossi   of Papua New Guinea, with which it shares this horn-like projection; however, the horn-like projection on palp article 1 of I. zaglossi   ( Fig. 9 View FIGURES 5-9 ) is much shorter and broader than the long, thin, pointed horn-like projection of I. barkeri   ( Fig. 6, 8 View FIGURES 5-9 ). Ixodes barkeri   can also be distinguished from I. zaglossi   by the presence of armed coxae in I. barkeri   : the coxae of I. zaglossi   are unarmed ( Kohls, 1960). Moreover, I. barkeri   does not have syncoxae whereas I. zaglossi   does. The males of two described species of Ixodes   from Papua New Guinea are not known: Ixodes luxuriosus Schulze, 1932   and Ixodes steini Schulze, 1932   . Ixodes barkeri   cannot be either of these species since I. luxuriosus   and I. steini   have coxae that are not armed and syncoxae whereas I. barkeri   has coxae that are armed but no syncoxae ( Schulze, 1935). The male is unknown for five species of Australian Ixodes   . Ixodes barkeri   is unlikely to be the male of any of these because: (i) Ixodes woyliei Ash et al., 2017   has only been found on the woylie, Bettongia penicillata   , and the southern brown bandicoot, Isoodon obesulus fusciventer   , in south-west Western Australia ( Ash et al., 2017); (ii) Ixodes heathi Kwak et al., 2018   has only been found on the mountain pygmy possum, Burramys parvus   , in the Victorian Alps ( Kwak et al., 2018); (iii) Ixodes hydromyidis Swan, 1931   has only been found on the water rat, Hydromys chrysogaster   , the bush rat, Rattus fuscipes   , and the black rat, Rattus rattus   in south-west Western Australia ( Roberts, 1970); (iv) Ixodes ornithorhynchi Lucas, 1846   has only been found on the platypus, Ornithorhynchus anatinus ( Roberts, 1970)   ; and (v) Ixodes vestitus Neumann, 1908   has only been found on the numbat, Myrmecobius fasciatus   , in south-west WA ( Roberts, 1970), and a snake, recorded as the eastern brown snake Pseudonaja textilis (Nuttall & Warburton, 1911)   but now likely to be considered another species of Pseudonaja   . 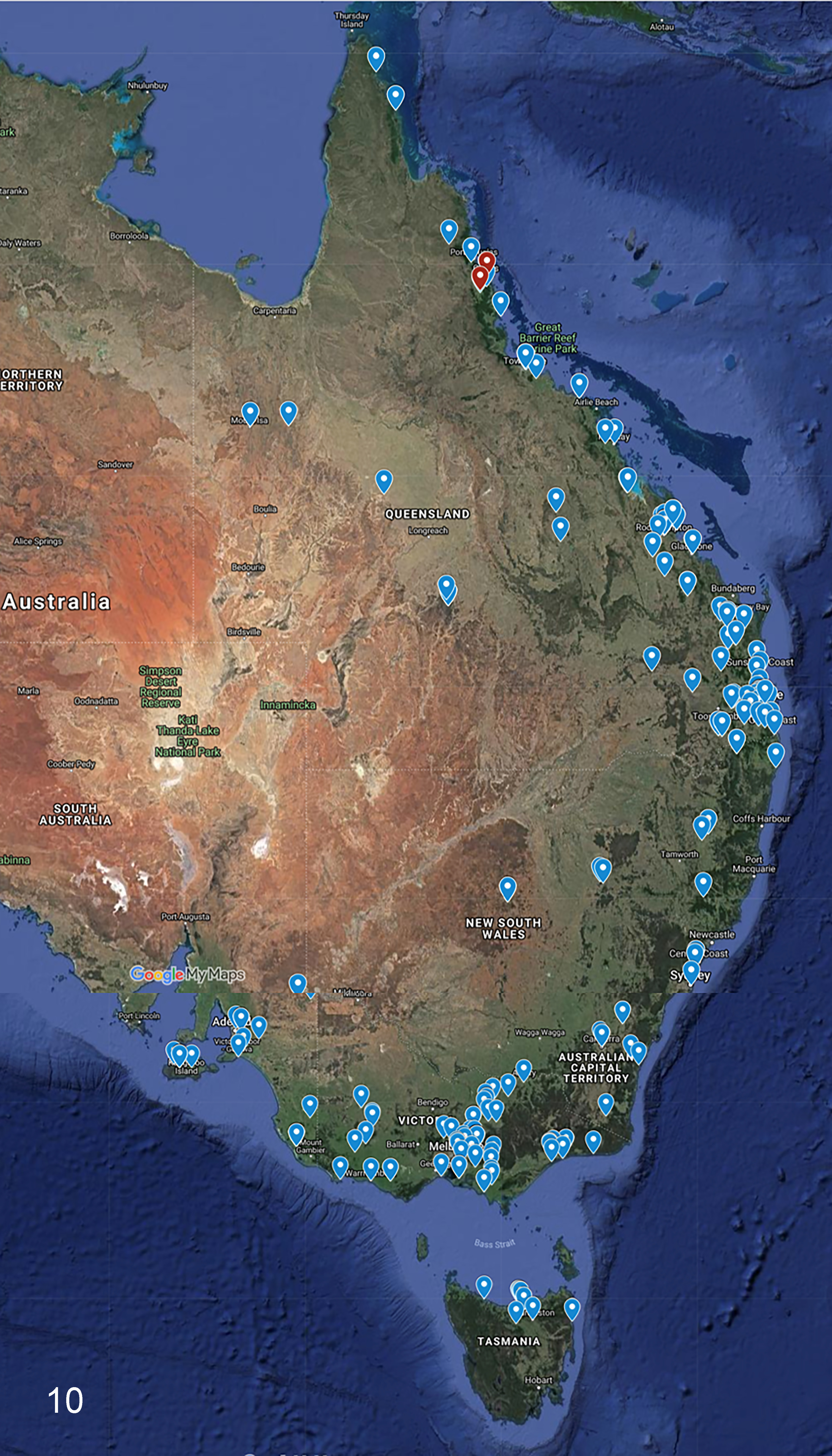 FIGURE 10. Geographic distribution of ticks from short-beaked echidnas, Tachyglossus aculeatus. Records of Ixodes barkeri are in red, other species of ticks (Bothriocroton concolor, B. tachyglossi, Amblyomma australiense, A. echidnae and A. moyi) are in blue. (Google Maps).

FIGURES 1–2. Ixodes barkeri, male, holotype. 1. Ventral habitus; 2. Dorsal habitus. Scale bar 1.0 mm. Two of the legs of this specimen had broken off the body of the tick so images of the legs from the other side of the tick were pasted onto this image. 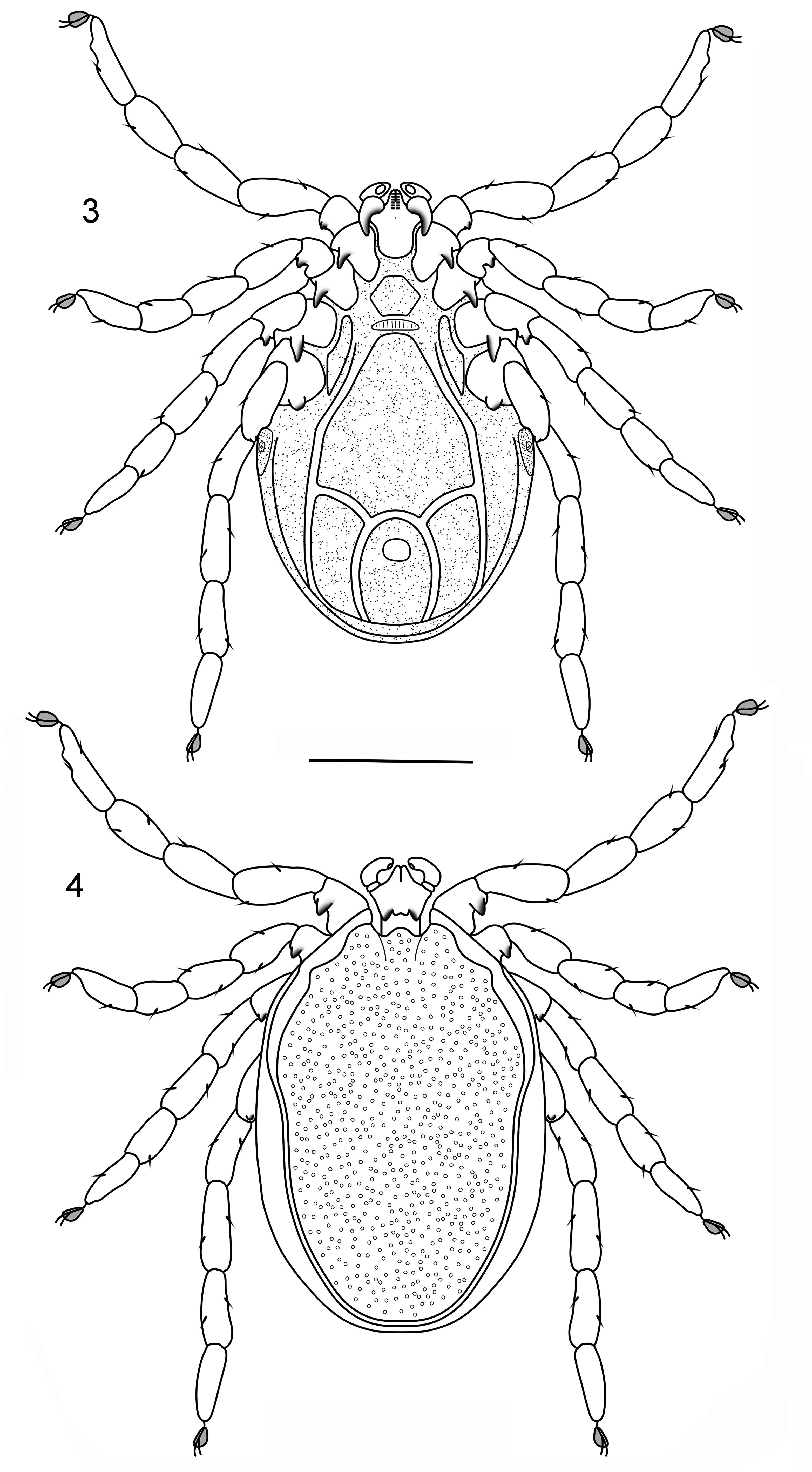 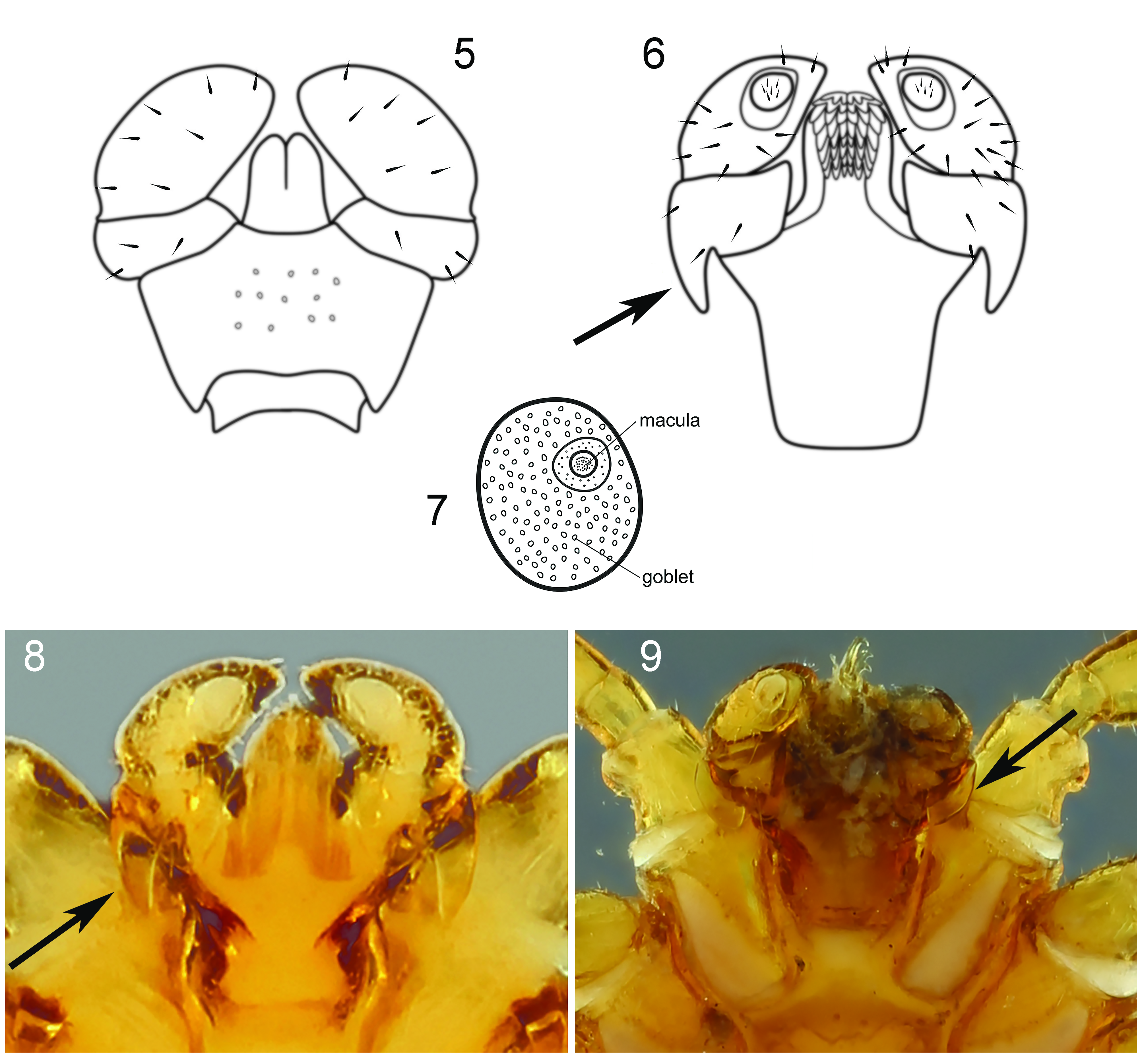 FIGURES 1–2. Ixodes barkeri, male, holotype. 1. Ventral habitus; 2. Dorsal habitus. Scale bar 1.0 mm. Two of the legs of this specimen had broken off the body of the tick so images of the legs from the other side of the tick were pasted onto this image.