Differential Diagnosis. Among known Peruvian species, differentiated from all, except H. astrictus   , by the deep cervical groove behind the eyes. This species is a member of the H. collaris   group (sensu Perkins 2019c); differentiated from the known other species in the group by the more sinuate anterior margin of the pronotum, and the smaller body size (ca. 2.74 mm). However, reliable determinations will require careful examination of the male genitalia ( Fig. 5 View FIGURE 5 ; described below).

Etymology. Named in reference to the bisinuate anterior margin of the pronotum. 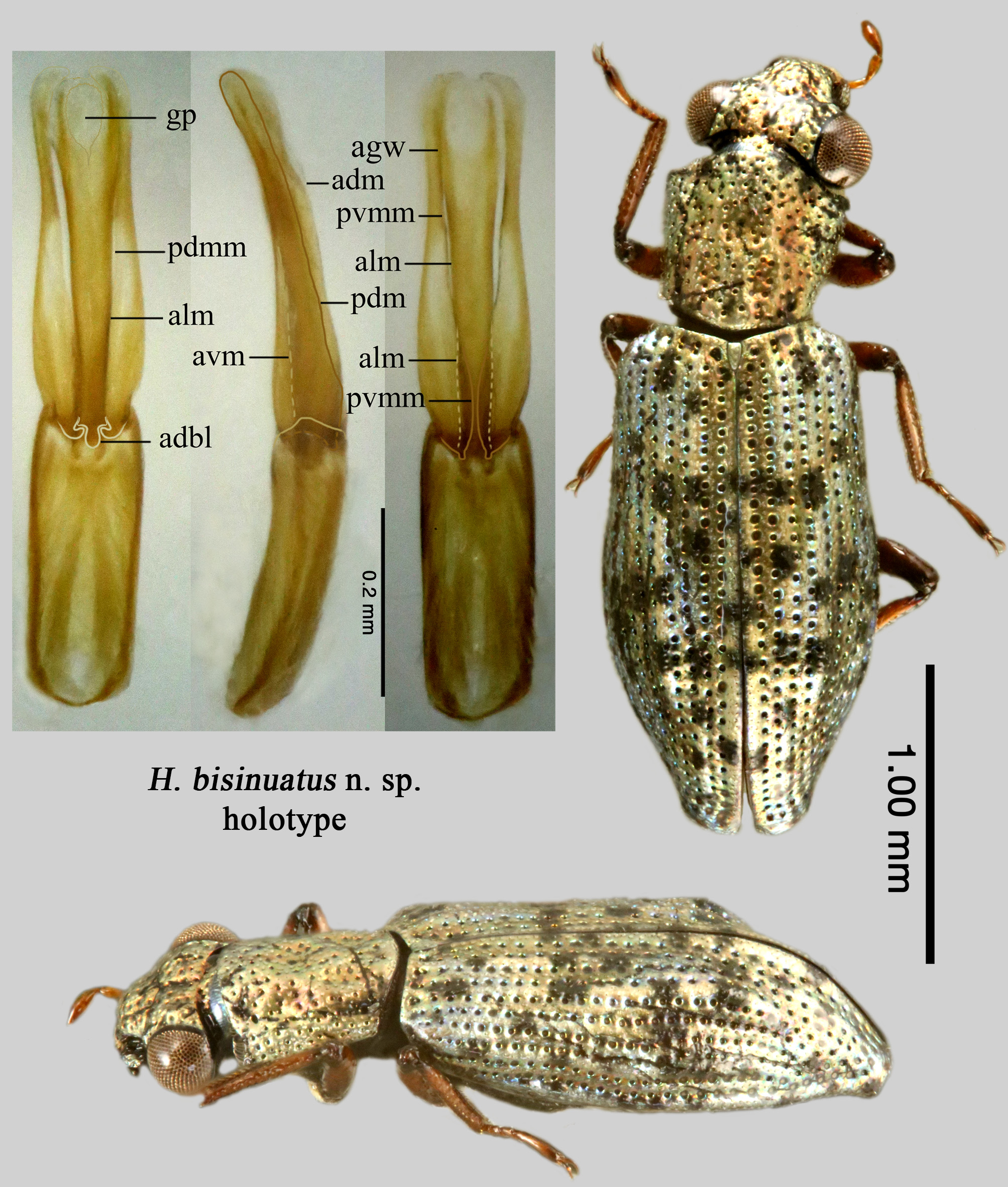