Remarks. Protoariciella oligobranchia was described from British Columbia ( Canada, East Pacific) ( Hobson, 1976). It differs from other species of the genus owing to the starting-point of the branchiae segment (chaetiger 4–5, not 6–8), absence of branchiae from many posterior segments, and chaetal characteristics (bidentate uncini and forked chaetae in each segment). The specimens studied here are similar, with branchiae starting on chaetiger 5 and the presence of bidentate uncini. But based only on the literature. However, they differ owing to having fewer forked chaetae, as there are only 1–2 present in the middle and posterior notopodia and are absent in the anterior notopodia. It was not possible to establish the number of posterior abranchiate segments because of the poor condition of the worms. The specimens studied here likely represent a new species; but due to the few poorly preserved specimens and the limited knowledge of the important taxonomic characters in this genus, it is not described as a new species. 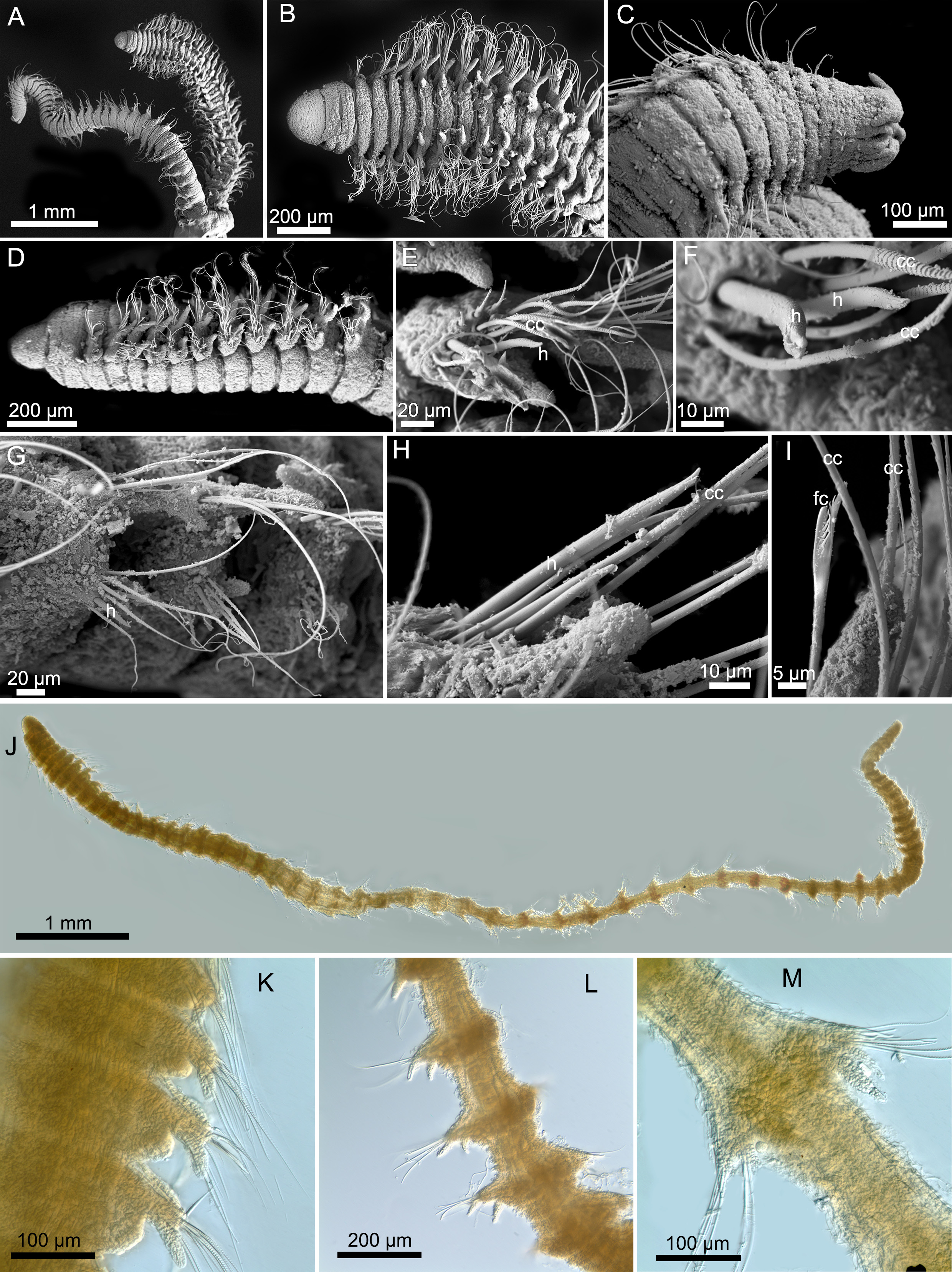