Remarks. Scoloplos simplex was originally described as a part of the genus Haploscoloplos Monro, 1933 ,

although the presence of uncini in the thoracic neuropodia was noted ( Hutchings 1974). Day (1977) transferred this species to the genus Scoloplos , and described a similar species, Scoloplos difficilis Day, 1977 from Queensland. The only difference between these two species was the starting-point of the branchiae segment (9–11 in S. simplex vs 14–15 in S. difficilis ). Hutchings & Rainer (1979) synonymised S. difficilis with S. simplex as the branchiae in the holotype of S. difficilis were found on chaetiger 11. In addition, they noticed the presence of flail chaetae in the abdominal parapodia in larger specimens of both species. The flail chaetae have not been found in the present study because only chaetae of small specimens were investigated. Scoloplos simplex and S. difficilis have overlapping distribution and same habitat, occurring intertidally and subtidally in sheltered estuarine area. A re-investigation of the holotypes of both species showed that in the holotype of S. simplex the branchiae were found on chaetiger 15 ( Fig. 5A, B View FIGURE 5 ), whereas the holotype of S. difficilis was poorly preserved, so the position of the first branchia was difficult to determine, but presumably the branchiae start on chaetiger 10 ( Fig. 5E, F View FIGURE 5 ). Examination of the holotype of S. difficilis reveals that the branchiae occur earlier than in S. simplex , which is the reverse of what Day (1977) states. The present study confirmed the synonymy of these two species as the starting segment of branchiae varies from chaetiger 9 to 16 even within one sample. Therefore, it cannot be used as evidence for species recognition. Moreover, the few first pairs of branchia are so small that they can only be seen in well-preserved species and with the help of staining. 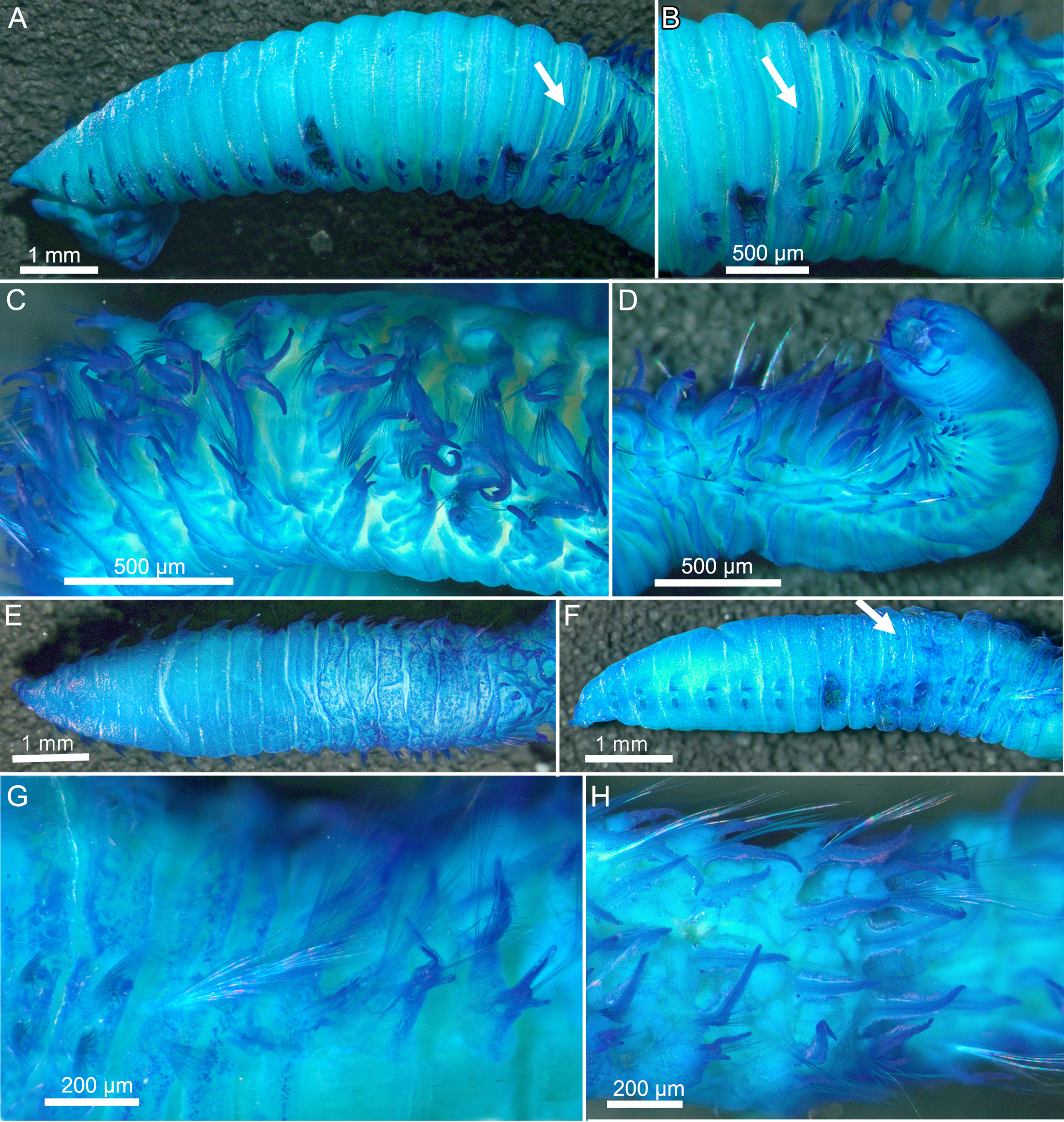 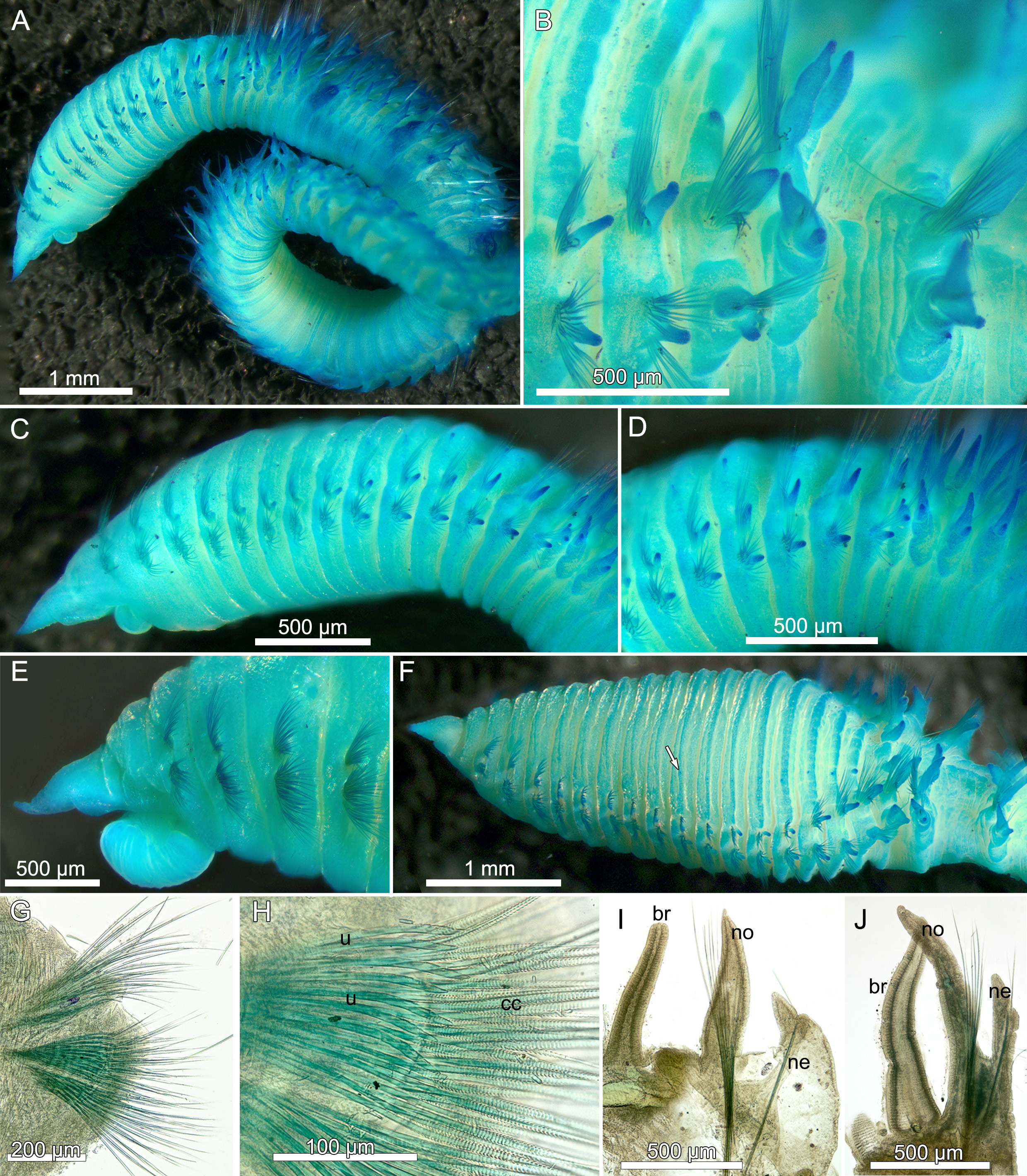