Etymology. The species’ name refers to the color of the abdomen, which is striking blue in live specimens.

Pollanisus hyacinthus   sp. nov. is very similar to P. isolatus   ( Figs 1 View FIGURES 1–8 , 9, 13, 14 View FIGURES 9–16 , 17 View FIGURES 17–21 ), which is known only from a single male collected just east of Melbourne in 1904, and which despite considerable effort has not been observed again. It shows also some similarities to P. cyanota   ( Figs 5, 6 View FIGURES 1–8 , 19, 21 View FIGURES 17–21 ), with which is shares the bluish abdomen and the dark and small anal tuft in females. Finally, based on unpublished analyses of CO1 DNA sequences (Tarmann, personal communication), Pollanisus hyacinthus   sp. nov. is also related to Pollanisus calliceros Turner, 1926   ( Figs 7, 8 View FIGURES 1–8 ). However, this species is readily differentiated by its forewings, which have a rounded apex and are entirely covered by blue or green metallic scales. All these species belong to a group of species characterized by their small size, their antenna with long pectens, their broad frons, small compound eyes and the green to blue upper side of the abdomen.

Biology (D. A. Young). All localities of this species are in coastal heath. The biotope in Seal Bay Conservation Park is localized behind sand dunes on a limestone cliff-system about 300 m from the coast ( Figs 22, 23 View FIGURES 22–27 ). It is a mosaic of low Eucalyptus   and Melaleuca lanceolata Otto   thickets and open patches with low growing, fire prone heath including three Hibbertia   species. P. hyacinthus   sp. nov. was often observed feeding on Melaleuca lanceolata   flowers ( Figs 24 – 26 View FIGURES 22–27 ) or resting on the sedge Gahnia deusta (R. Br.) Benth.   ( Fig. 27 View FIGURES 22–27 ). The second biotope is in a more exposed coastal situation, with low dune and clifftop vegetation. Moths have been observed both on the wing and settled on coastal grasses and on low coastal shrubs. In one instance, several specimens were observed feeding from Melaleuca gibbosa Labill.   flowers. The major flight period extends from early March to at least the middle of April. Specifically, the majority of specimens were collected between 12th of March and 10th of April. Only one specimen was observed in early summer and one female was found on the 6th of May. The species seems to be almost exclusively diurnal; only one male was attracted to a mercury vapor light. The hostplant of P. hyacinthus   sp. nov. remains unknown. It may possibly be a species of Hibbertia   ( Dilleniaceae   ) as in many other Pollanisus   species; however, substantial effort has yielded no evidence for this. Notably, several batches of eggs were obtained from female P. hyacinthus   sp. nov., but the emerging larvae refused all plants offered, including young and old leaves of several Hibbertia   and Melaleuca   species.

Distribution. P. hyacinthus   sp. nov. is currently only known from the southern coast of Kangaroo Island. All specimens were collected in the vicinity of Vivonne Bay and in Seal Bay Conservation Park, which are less than 15 km apart. 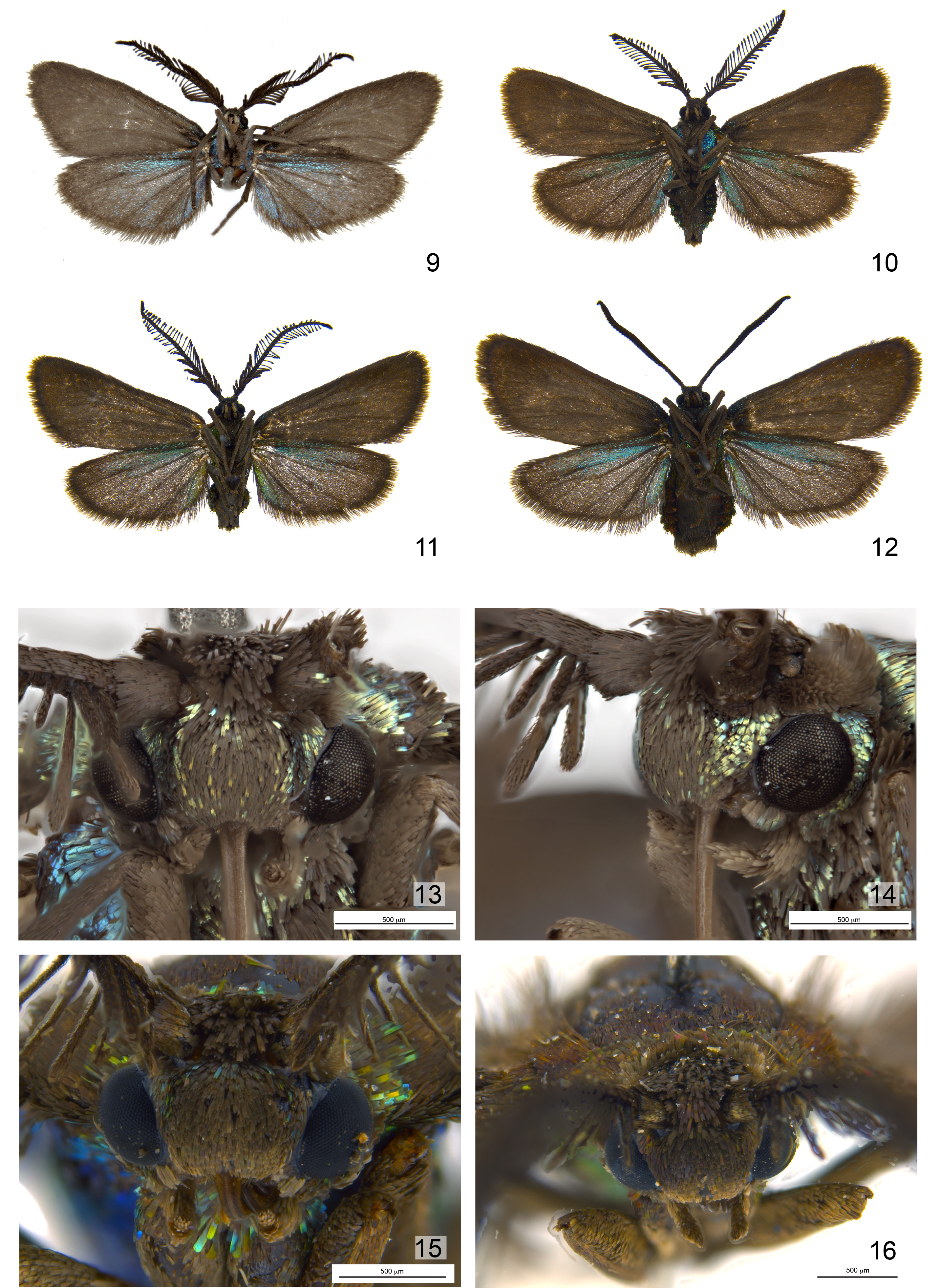 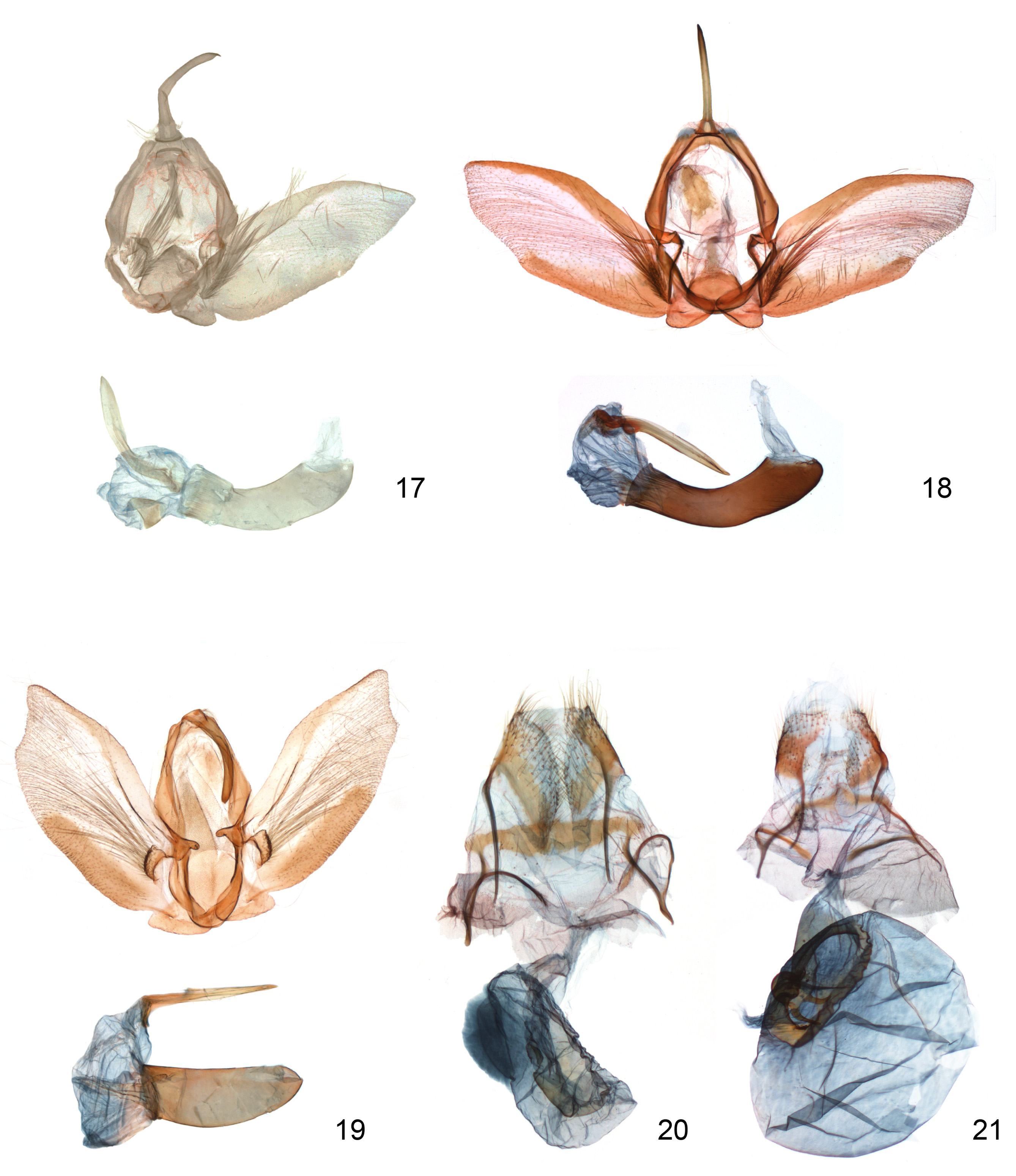 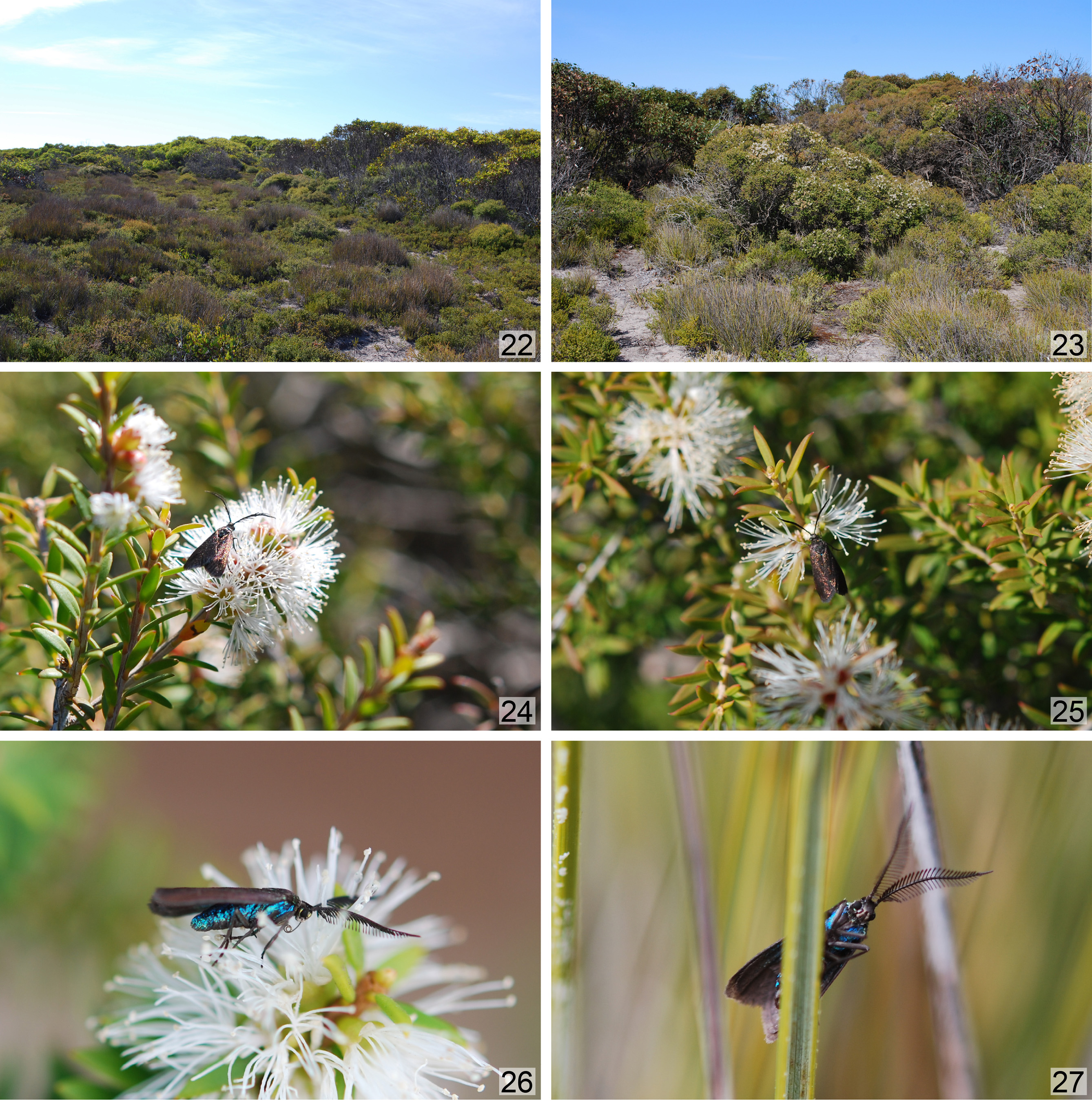