Morphology. Although, O. emmerichi  , O. punctatissima  and O. pyripenis  , are closely related, they can be easily distinguished based on type specimens and original descriptions. In total, more than 1200 specimens were collected from different localities and examined for this study. O. emmerichi  can be separated from the remaining species by having round punctures on pronotum (sometimes merging into very short longitudinal striae at sides), elytral punctures as large as those on pronotum and sparser, metatibiae straight. Meanwhile, variable characteristics were identified in O. punctatissima  and O. pyripenis  . Lateral margins of pronotum not emarginate before base and punctures merging into long longitudinal striae at sides in many of individuals of O. punctatissima  , which are the typical characters of O. pyripenis  ; lateral margins weakly emarginate before base in a paratype of O. pyripenis  , which is exactly the typical characters of O. punctatissima  on the contrary. However, parameres emarginate after apex at sides in O. punctatissima  ( Fig. 19View FIGURES 15–30) whereas parameres almost parallel-sided towards apex (in the original description) in O. pyripenis  . In spite of all, aedeagus of O. pyripenis  much longer (5.0 mm) than O. punctatissima  (ca. 3.0 mm) caused our suspicion, which also doubted by Egorov (2009a). Unfortunately, the aedeagus of holotype of O. pyripenis  has been lost. In this case, a unique male paratype was dissected, and its aedeagus (2.6 mm long and 0.7 mm wide) is most similar to those in O. emmerichi  but differs from the latter in more parallel sides of apex of parameres (0.7 mm long and 0.5 mm wide, Fig. 21View FIGURES 15–30).

In molecular study. Results of species delimitation using two different methods (ABGD and GMYC) and three mitochondrial gene fragments (COI, Cytb and 16s) show that O. punctatissima  and O. emmerichi  are recovered in one clade (C1) with strong support ( Fig. 4View FIGURE 4). However, additional specimens from Henan, which are most similar to O. emmerichi  , are clustered in a separate clade (C2) with very strong support ( Fig. 4View FIGURE 4). 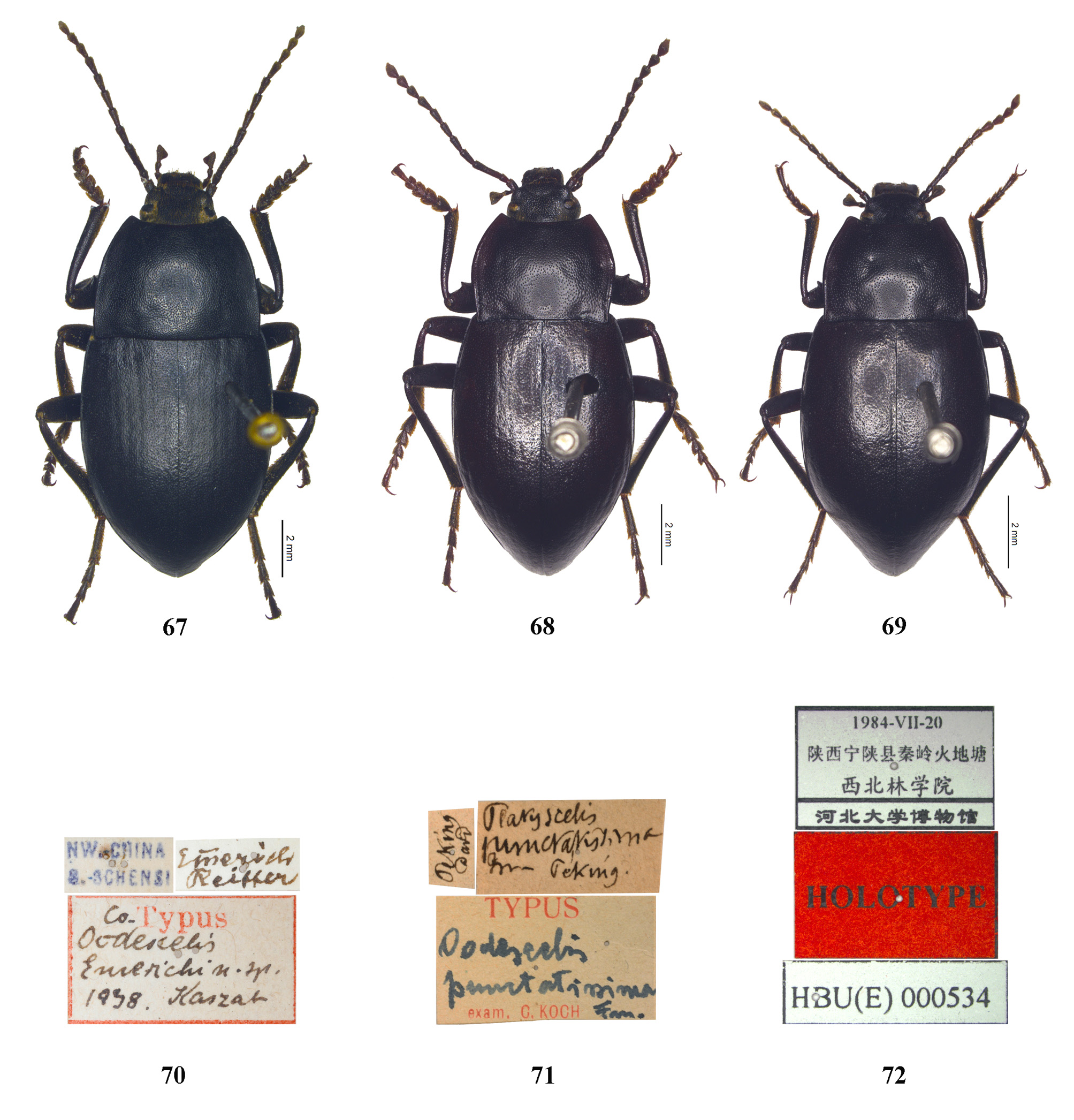