This genus of 120 fungus-feeding species worldwide is one of the largest genera of Phlaeothripinae ( ThripsWiki 2019) . The species frequently exhibit considerable dimorphism associated with sex and also with wing length, and there is often great variation in body size often involving allometry in some structural characters of males. Consequently, it is difficult to identify many of species of this widespread genus, as many are known only from few specimens ( Hoddle et al. 2019, Mound 2017). These thrips are usually found on dead branches, although some are associated with leaf litter. From this genus only one unidentified species ( Fig. 5 View FIGURES 1–12 ) is recorded from Iran, with two females taken in the north of Iran ( Jalali Sendi et al. 2011). 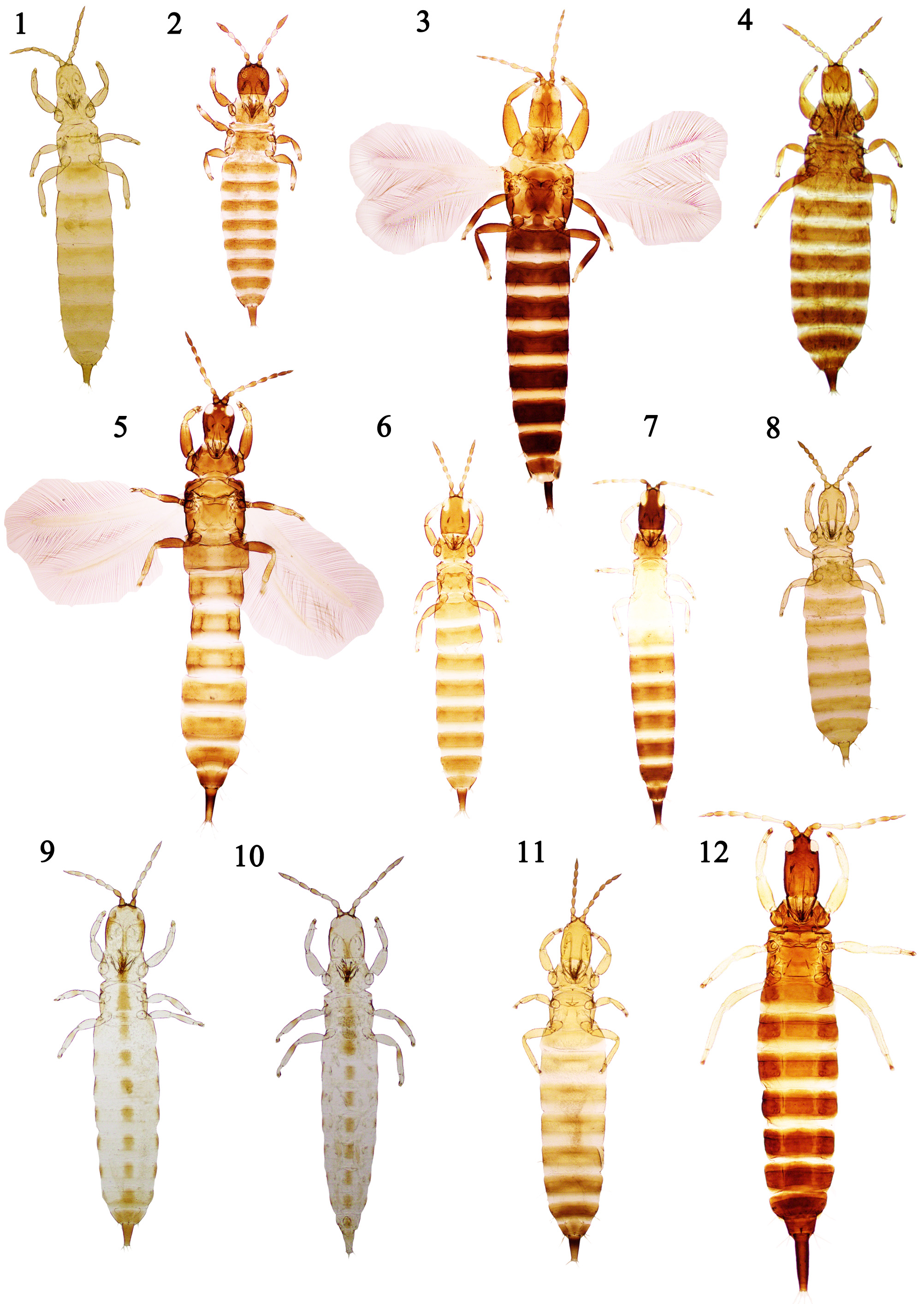