Karyotype: 2n = 64 and FN = 68. Autosomal complement: three small metacentric pairs, and 28 acrocentric pairs. Sex chromosomes: X, a medium submetacentric; Y, a small acrocentric. C-banding metaphases exhibited blocks of constitutive heterochromatin on the pericentromeric region of all autosomes. The X chromosome presented the short arm entirely heterochromatic. The Y chromosome presented the long arm entirely heterochromatic. G-banding was also performed. FISH with 18s rDNA sequences revealed signals of NOR on the short arm of six acrocentric pairs, and one of these chromosomes also had a NOR on the distal region of the long arm. FISH with telomeric sequences revealed signals exclusively at the ends of all chromosome arms and no interstitial signals were observed ( Silva et al. 2015, pp. 4, Fig. 2C View FIGURE 2 ). According to Silva et al. (2015) this karyotype was similar to N. spinosus   reported by Patton et al. (2000) (2n = 64 and FN = 68), except for the morphology of the X chromosome, which was subtelocentric in N. spinosus   and submetacentric in N. dubosti   . Another diploid number of 62 was reported by Voss et al. (2001) for a sample from Amapá, state of Brazil ( Table 6, Fig. 7 View FIGURE 7 ). 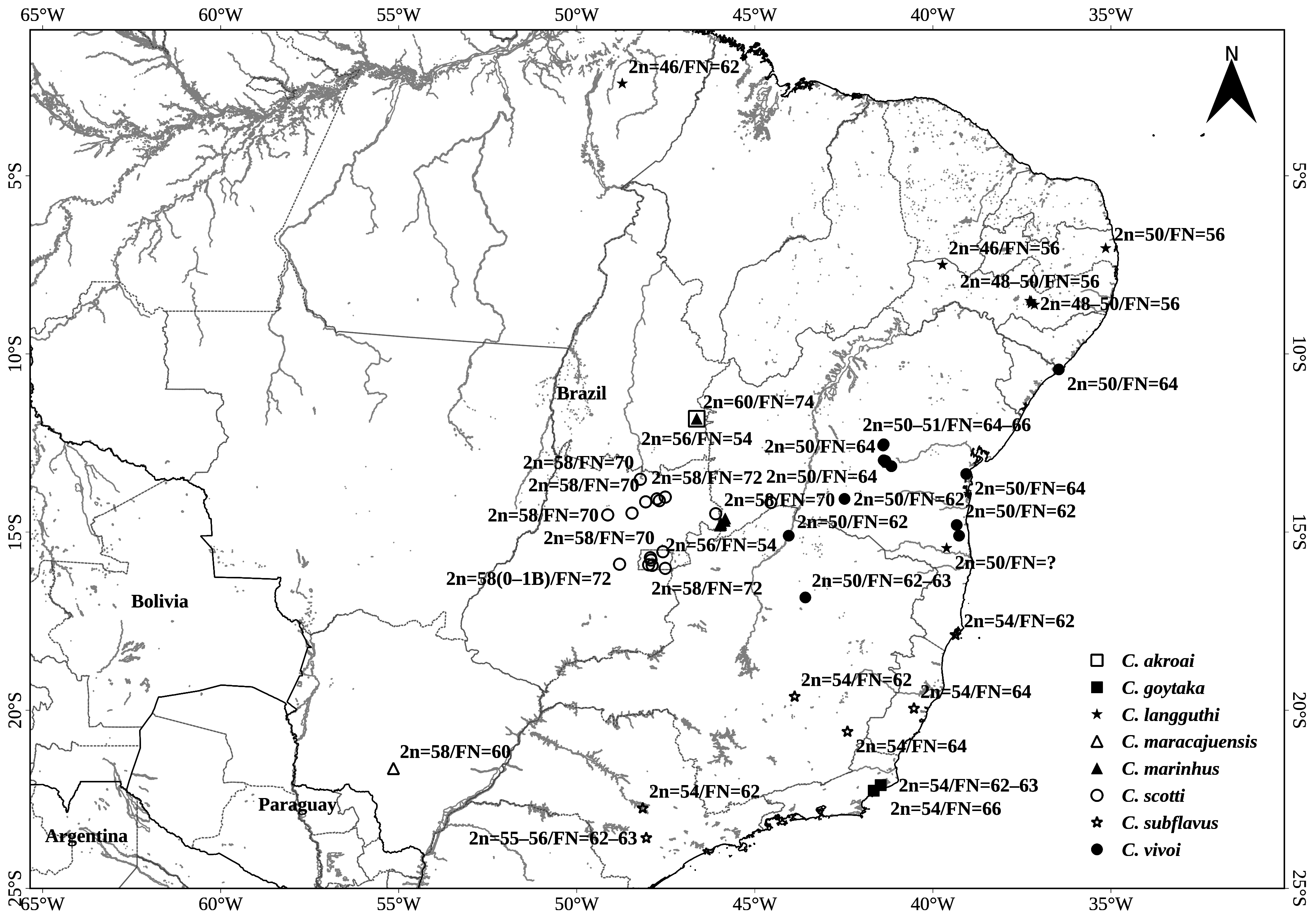 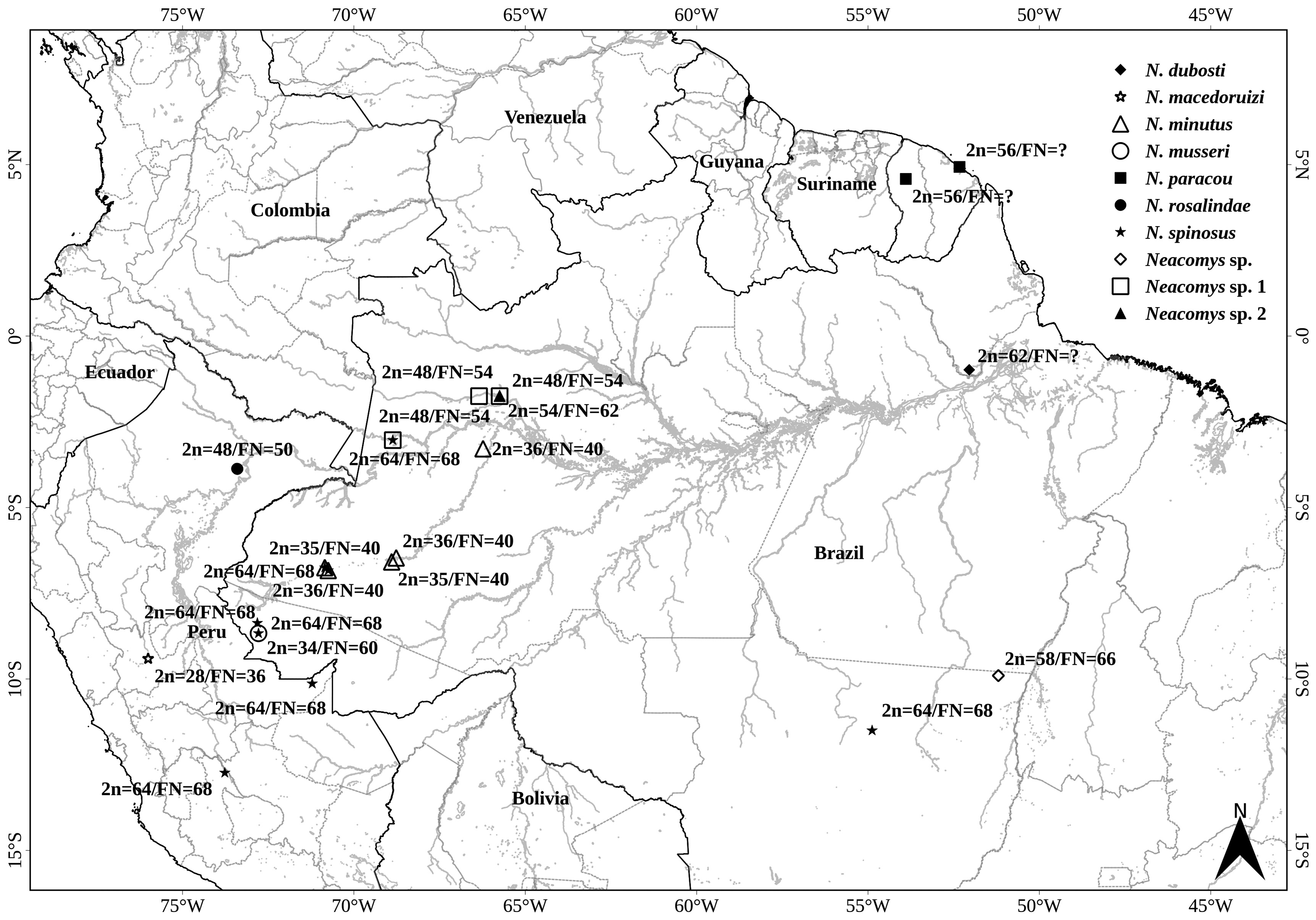