Differential Diagnosis. Among Venezuelan species, differentiated from all, except other members of the collaris   group ( H. collaris   and H. conjunctus   ), by the deep cervical groove behind the eyes. H. purpureus   is slightly larger than the other two species (ca. 3.50 vs. 3.33 and 3.44 mm), and the pronotum has shallower depressions, lower reliefs, and generally more uniformly spaced punctation. Reliable determinations of members of these three species will require dissection of males. Male genitalia of H. purpureus   ( Fig. 30 View FIGURE 30 ) are described below; among differences from the other two species compared, the male genitalia have the aedeagus markedly tapering distally, and the greatest width of the aedeagus is proximal to midlength; the aedeagus always has an internal sclerotization that is slightly arcuate, in dorsal view going from the left side to the right side of the aedeagus. The internal sclerotizations of H. collaris   and H. conjunctus   are midlongitudinal, not arcuate. 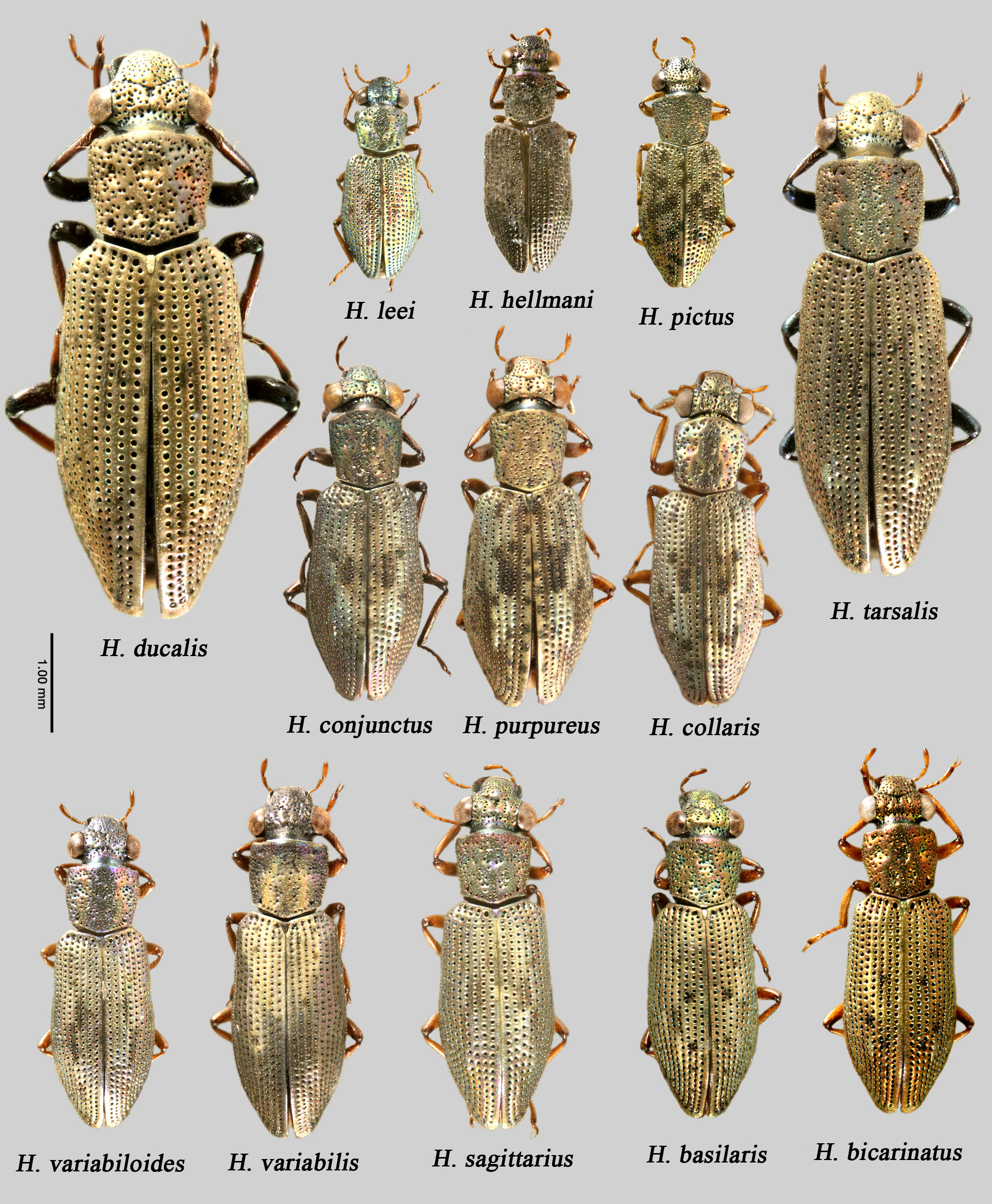