The name tabaniocula is derived from Latin tabanus, meaning ‘horsefly’, and oculus, meaning ‘eye’, and denotes the unusual striped color of the eye cornea, reminiscent of the eye color in horseflies of the family Tabanidae ( Diptera ).

MAXILLIPEDS. Exopod of thoracopods 8–9-segmented ( Fig. 24I View Fig ). Maxilliped 1 without endites; basis, preischium, ischium and merus with medial setae; merus also with 1 long distolateral seta, about as wide as long; carpopropodus and dactylus with medial and lateral setae ( Fig. 24G View Fig ). Maxilliped 2 ( Fig. 24H View Fig ): basis medial margin with one proximal seta and distal bunch of setae; preischium with one medial seta; ischium about as long as wide, with one lateral and numerous medial setae; merus about twice as long as wide and 1.5 times as long as ischium, with distolateral bunch of two long setae and three groups of long and short medial setae; carpopropodus about as long and as wide as merus, with thin lateral, two medial bunches and paradactylary bunch of stronger setae; dactylus 0.25 times as long as carpopropodus, with several simple and strong serrated setae; dactylary unguis long, about 2.5 times as long as dactylus.

The new species is also similar to S. hanseni , differing by (1) the presence of a slight cephalic tubercle and postcervical elevation, (2) a shorter telson (about as long as last abdominal somite in S. hanseni ), (3) the pattern of posterior setation on the telson (graded with terminal posterolateral pair of spiniform setae clearly longer than subterminal pair against graded with three to six apical pairs about equally or nearly equally long in S. hanseni ) and (4) the telson with longer terminal posterolateral pair of spiniform setae (0.08–0.15 times as long as telson in S. hanseni ).

Depth to 10–12 m, in seagrasses. From our material twice recorded as the host of as yet unidentified dajid isopods.

Specimens related to S. hanseni found in association with artificial reefs within Ningaloo Lagoon on the coast of Western Australia were compared with the type material and found to represent another new species within the brevicaudata group. The new species, S. tabaniocula sp. nov., is described herein. An additional specimen of this new species, which was collected from Lodestone Reef in Queensland, Australia, was found in the NTM. 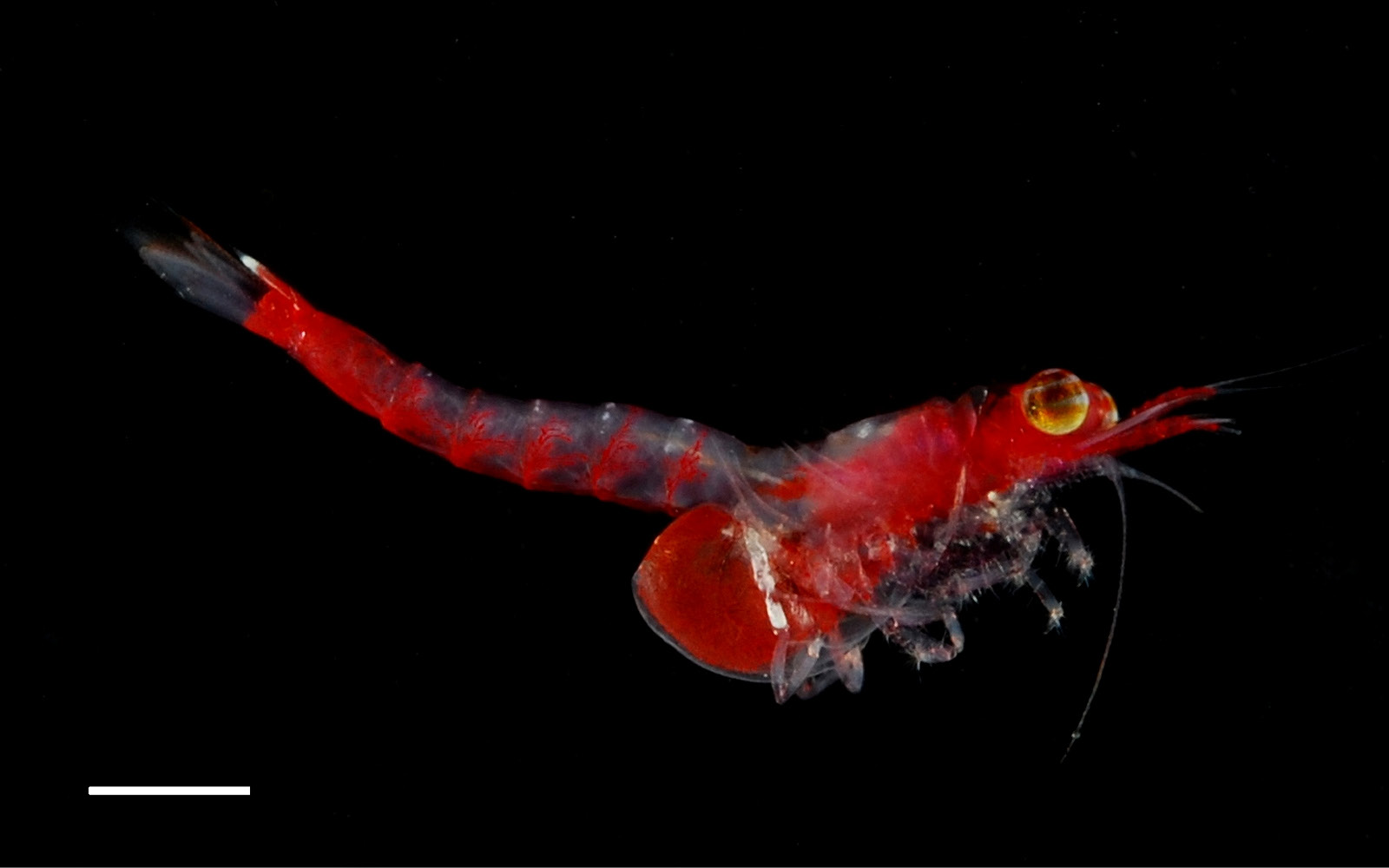 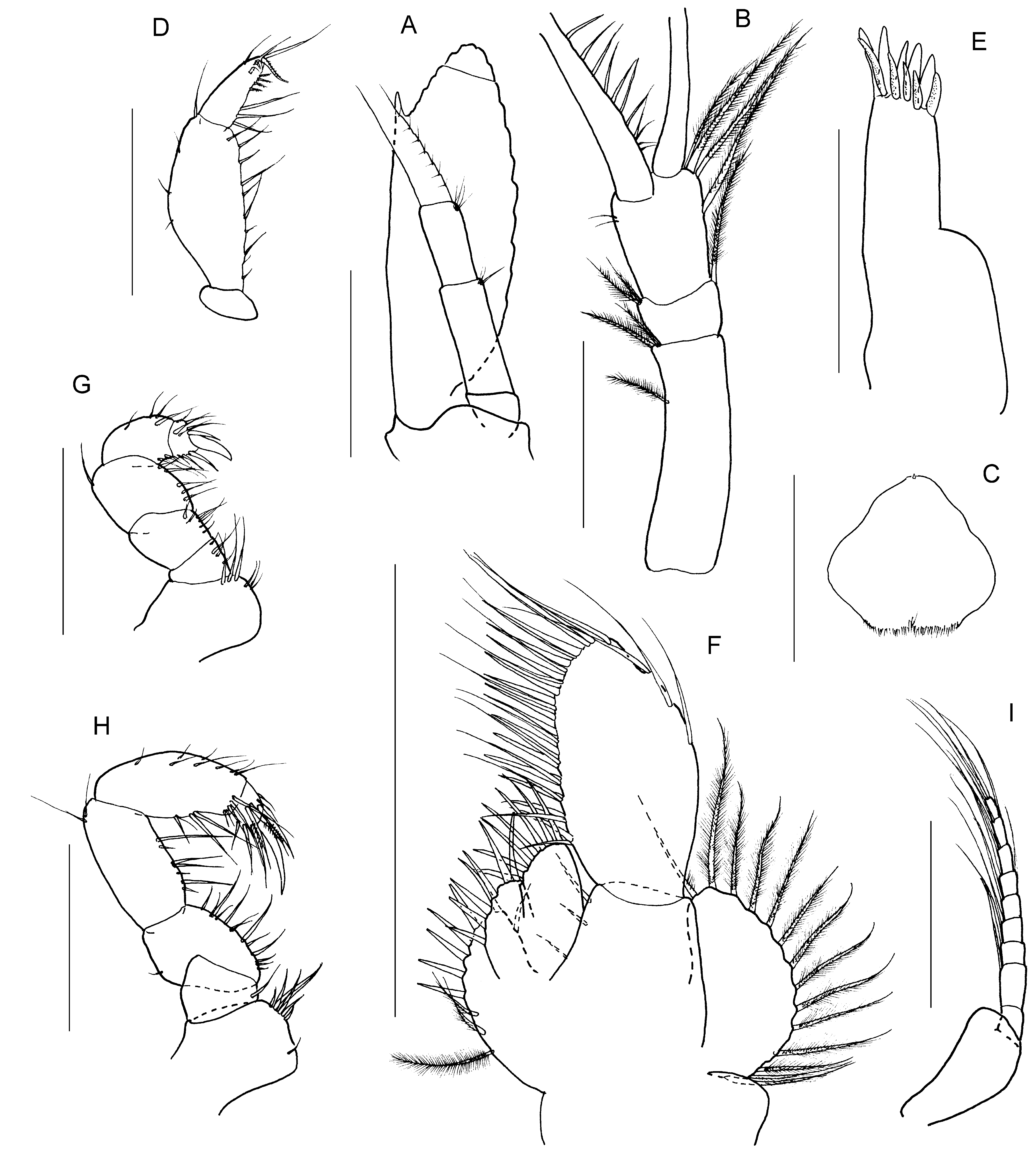 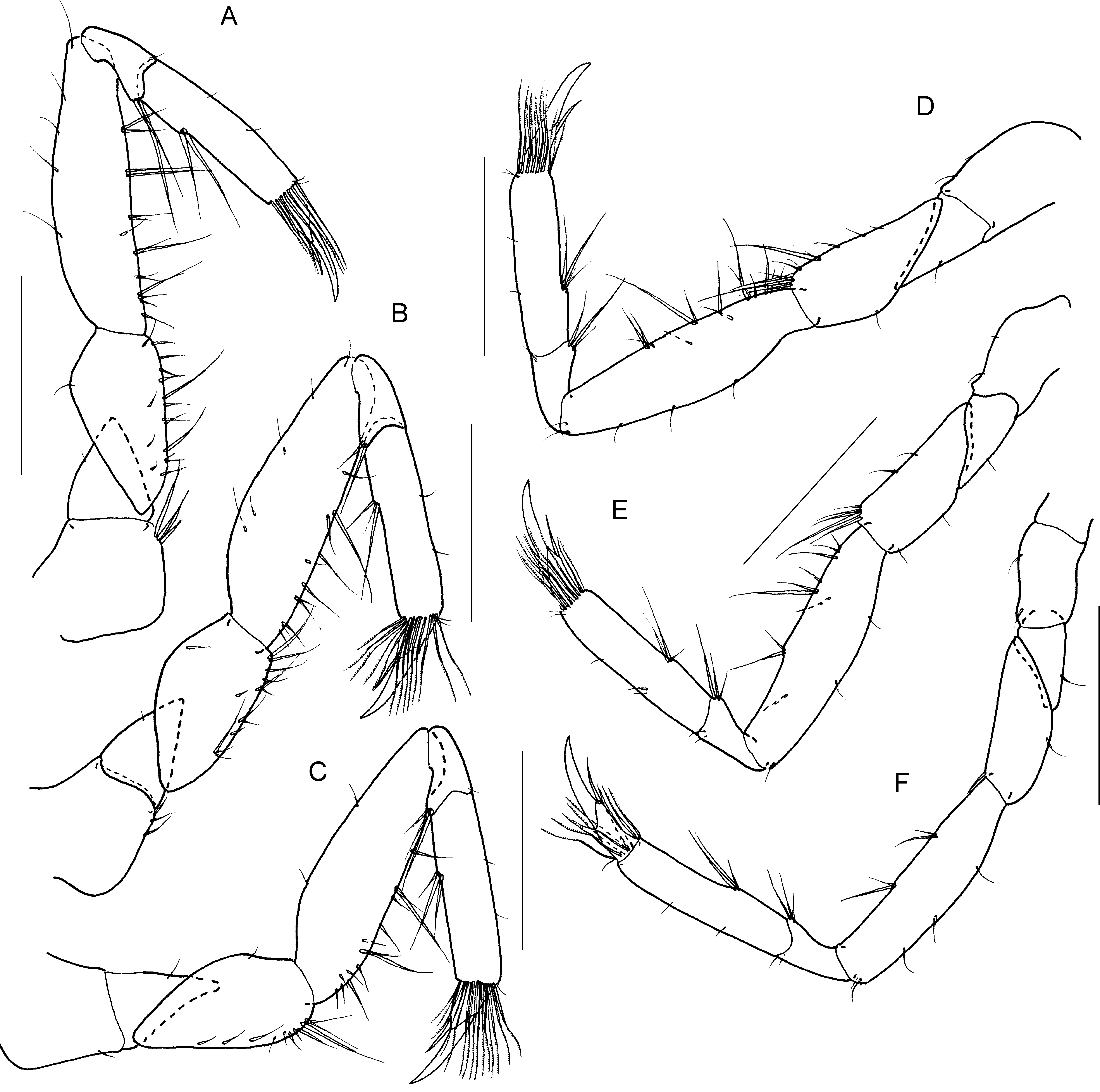