Variation (other than diagnostic)

Except from the type locality in Laccadive Sea, Gulf of Manaar (W. M. Tattersall 1922), the only confirmed record is from the Dampier Archipelago, Western Australia ( Hanamura 2007). Considering the revised status of the species, a record from Channel Island, Beagle Gulf, Northern Australia ( Băcescu 1986), still requires verification, because no information on the specimens was provided ( Fig. 1 View Fig ).

The original description (W. M. Tattersall 1922) was not specifically detailed enough to adequately distinguish this species from the other members of the brevicaudata group. Based on examination of

the type specimens in the Natural History Museum in London, we present a detailed redescription of S. hanseni herein.

Tattersall’s description did not include such structures as the labrum, maxillae, anterior pereopods and others, which later proved to be taxonomically important ( Ii 1964; Murano & Fukuoka 2008; this study). He also failed to notice the joint between the segments of the antennal scale, the carpopropodus of the pereopodal endopods and between the dactylus and dactylary unguis of pereopod 1 (W. M. Tattersall 1922: fig. 1). Hence, Ii (1964), judging from Tattersall’s figures, considered the structure of the antennal scale and pereopods as diagnostic for S. hanseni in comparison with S. lingvura from Japan. The study of more material showed that it is not differentiated from S. lingvura by its telson width and the number of posterior lateral spiniform setae on the telson, as considered previously ( Ii 1964; Murano & Fukuoka 2008). Meanwhile, additional characters are reported here in the diagnosis distinguishing the two species.

A damaged specimen from the Arabian Gulf, partly described and figured by Murano (1998) and also mentioned in Murano & Fukuoka (2008) is distinguished from S. hanseni by the structure of the uropods and telson. In particular, the distal segment of the uropodal exopod is relatively shorter than in S. hanseni , the telson is shorter, and the terminal spiniforom setae of the telson longer (see details in Murano 1998). A similar structure of the uropod and telson can be found in an immature specimen from the Gulf of Kutch, northwest Indian coast of the Arabian Sea, illustrated by Biju (2008). The armature of the telson in both above mentioned cases is more similar to that in S. occulta sp. nov., but the distal segment of the uropodal exopod is 0.31–0.35 times as long as proximal segment (0.25–0.30 in S. occulta sp. nov.), and is, in fact, the shortest in the entire brevicaudata group. In addition, the illustrated specimen from the Gulf of Kutch lacks a subrostral process (not mentioned by Biju), as if it is covered by the carapace, also as in S. occulta sp. nov.

Specimens attributed to S. hanseni from Port Essington and the vicinity of Darwin in the Northern Territory during the late 1980 s were deposited in the Museum and Art Gallery of Northern Territory, Australia (NTM). Based on our comparison of these specimens with the type material of S. hanseni , they are attributed to a new species, Siriella muranoi sp. nov. within the brevicaudata group (described below).

Specimens from the Singapore Strait, identified as S. hanseni by O. S. Tattersall (1960), appear to be an identification error and belong to S. cf. chaitiamvongae Murano & Fukuoka, 2008 of the brevirostris group (see supplementary observations below). Thus, knowledge about S. hanseni is limited to the type locality and recent record from Dampier Archipelago ( Hanamura 2007). 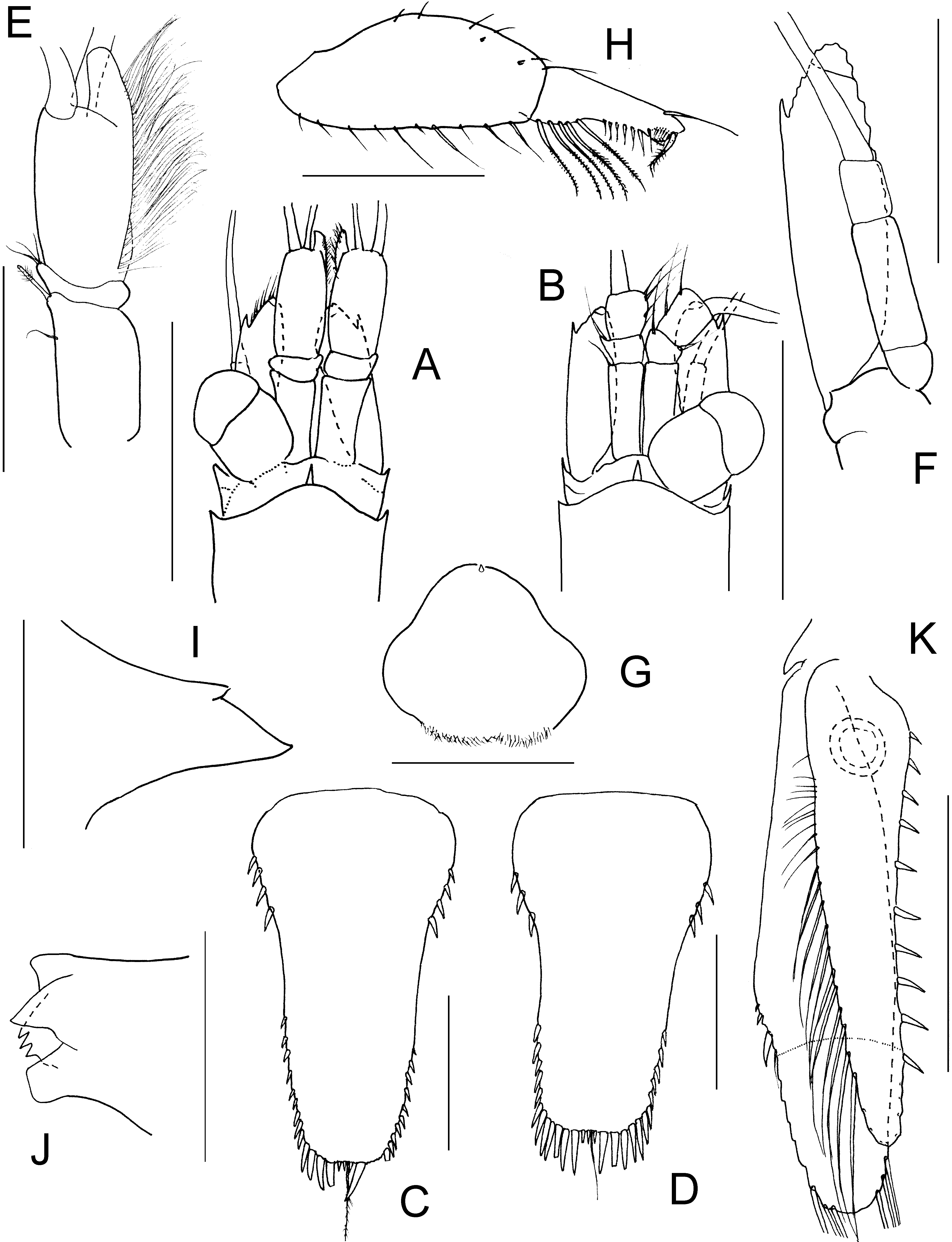 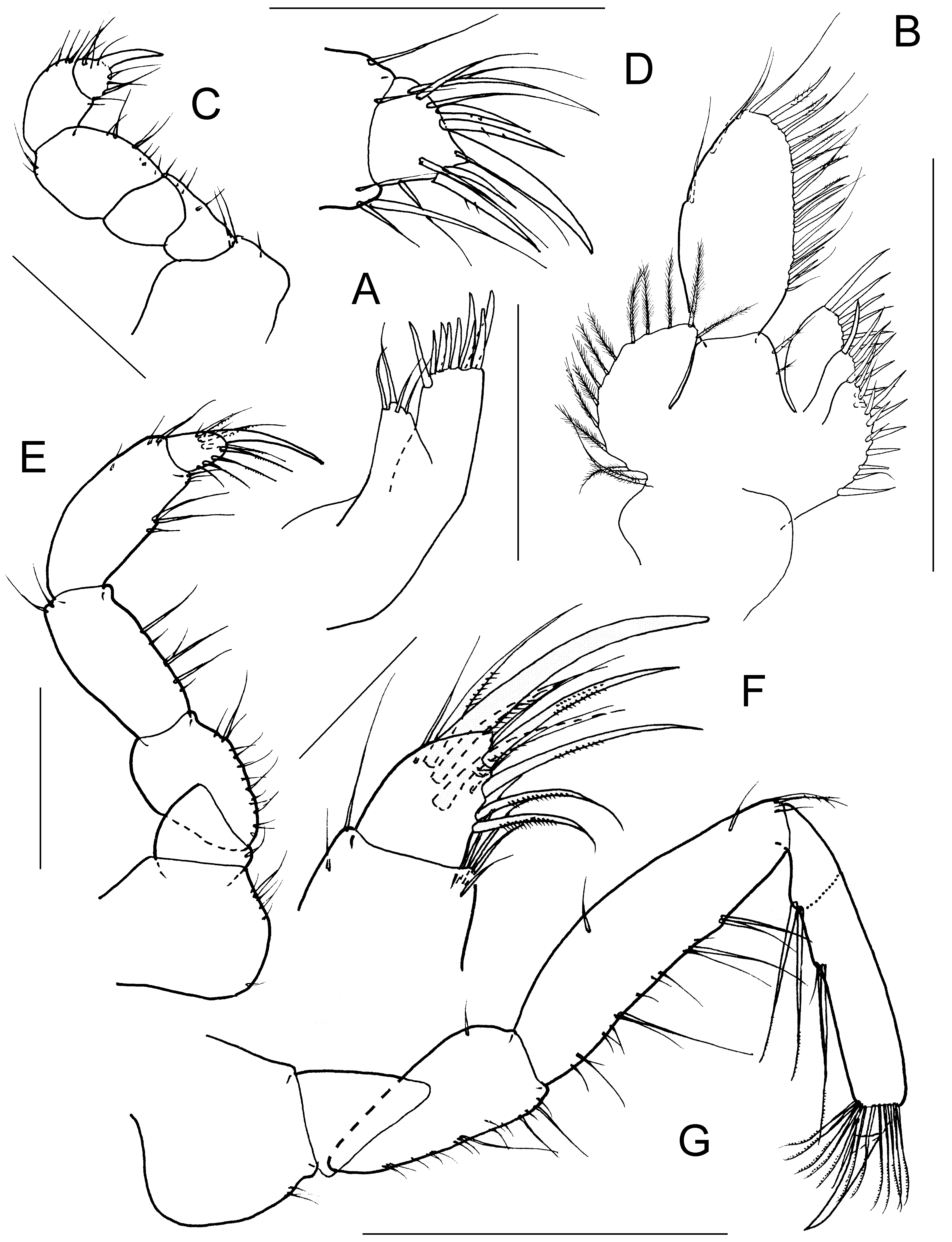 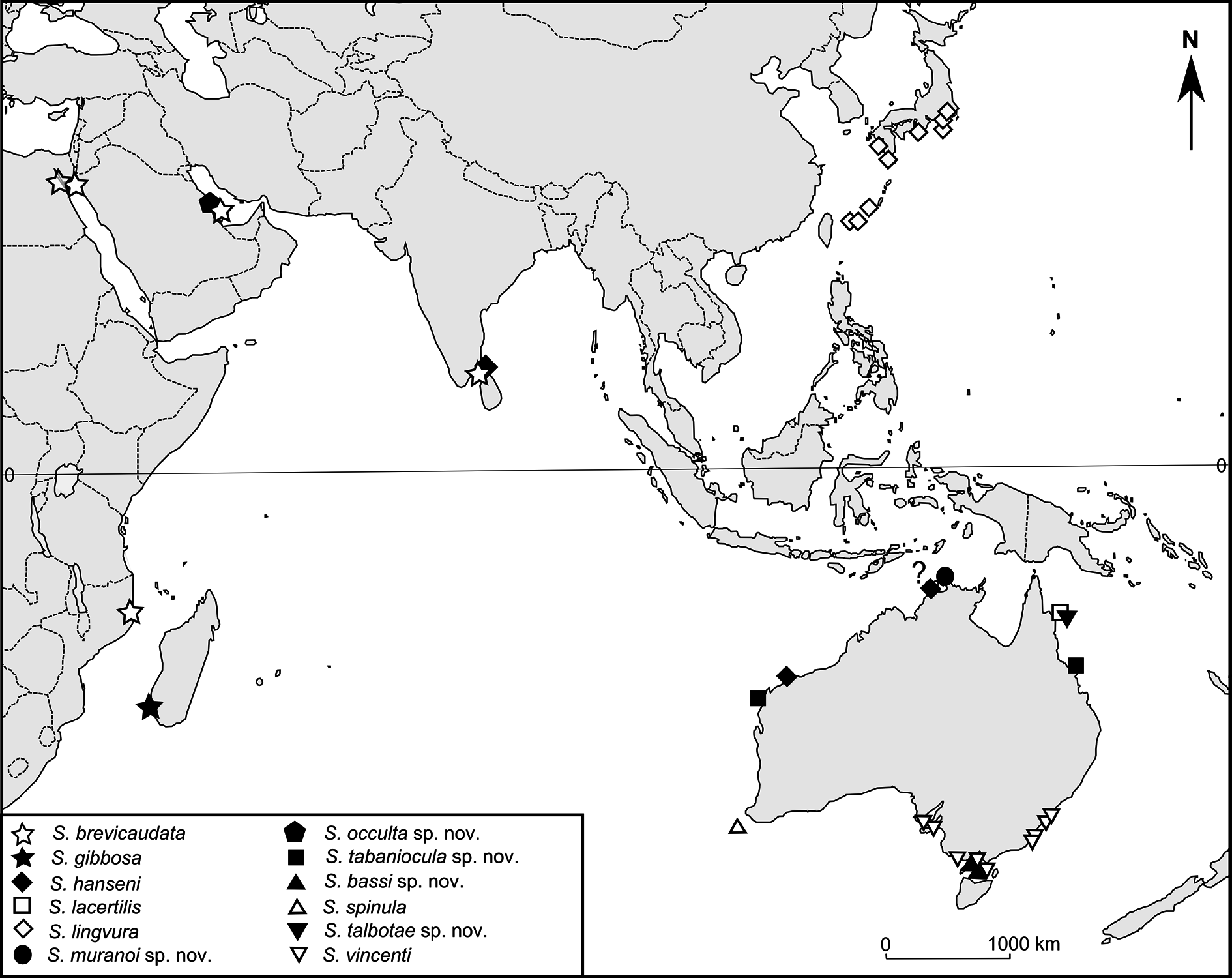