Amorim, Dalton De Souza, 2007, Two new genera of Swammerdamellini (Diptera, Scatopsidae), with a discussion of the position of the species of Rhexoza, Zootaxa 1640, pp. 41-53: 44

Discussion. Akorhexoza  was described by Cook (1978) to include S. dampfi Duda  , placed by him ( Cook, 1956 a) in the group dampfi  , and a species described from Mexico, A. cactivora Cook, 1978  . The genus has some very obvious synapomorphies –shiny thoracic and abdominal sclerites, a large and well sclerotized male terminalia, well developed lateral projections of the aedeagus, on which the parameres articulate etc.–, showing that those species clearly compose a small monophyletic group within the tribe. The genus presents a combination of features that indicates its species do not fit into any of the remaining genera. They have, e.g., the fused cardostipes, well developed spiracular sclerite, aedeagal distal projection, and tergite 9 projected posteriorly and laterally. None of the present species of Rhexoza  fit in Akorhexoza  , and there are some few new Neotropical species to be described in the genus. 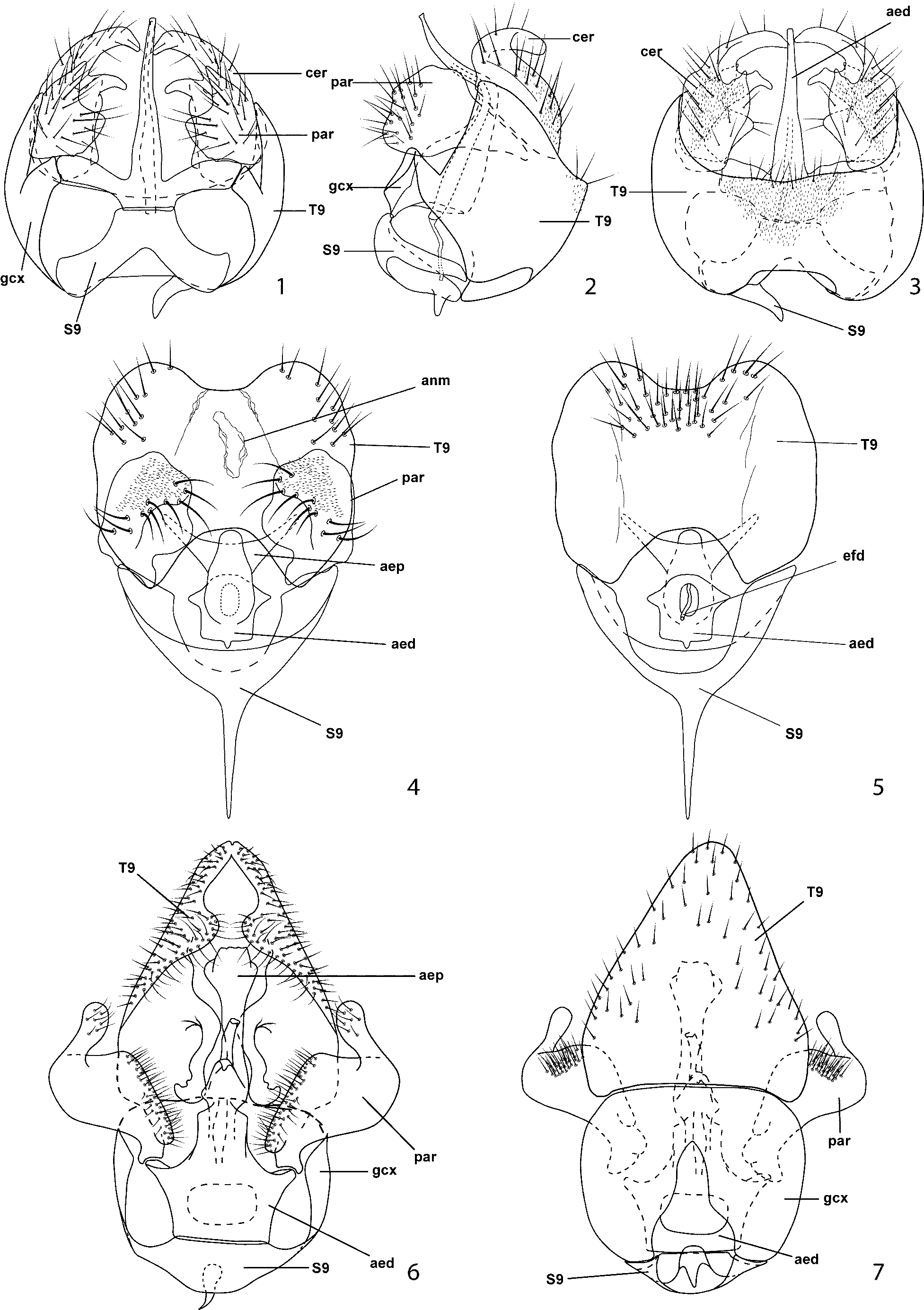