Diagnosis. This species can be identified by the large coarse setiferous punctation of the fore-body and the extremely wide elytra. According to the large prominent eyes, and a head/ pronotum width ratio of 0.94, it resembles M. adisi Irmler, 2007a   and M. paraensis Irmler, 2010   . However, the elytra of M. adisi   are longer than wide and in M. paraensis   they are quadrate, whereas they are distinctly wider than long in M. duckei   sp. nov.

Mesotibia of male with row of spines at apical outer edge; in apical third, inner edge transversely narrowed to apex and with several long and undulate setae.

Etymology. This species is named in honour of the famous Brazilian Naturalist Adolpho Ducke, whose name was adopted as the name of the location (i.e. Reserva Ducke) where this new species was collected. 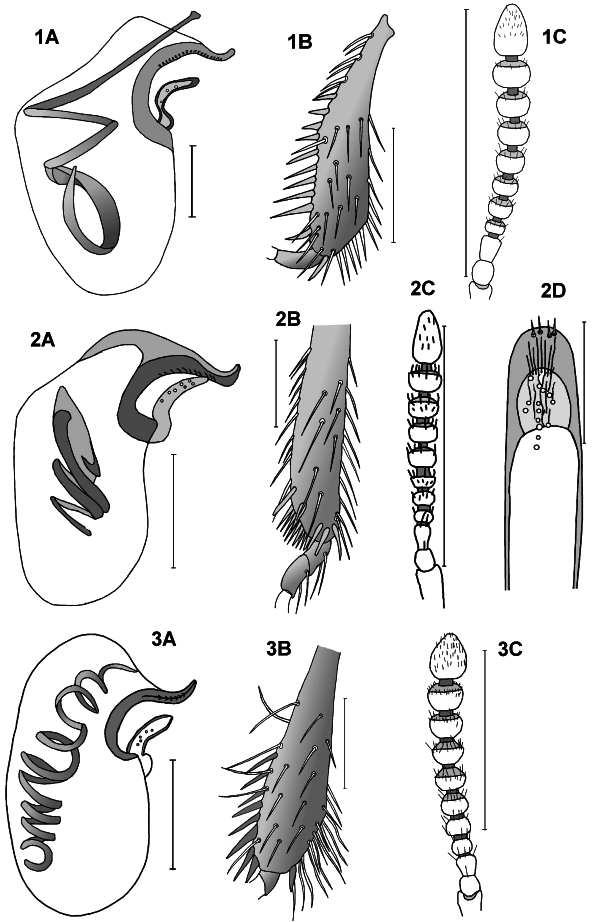 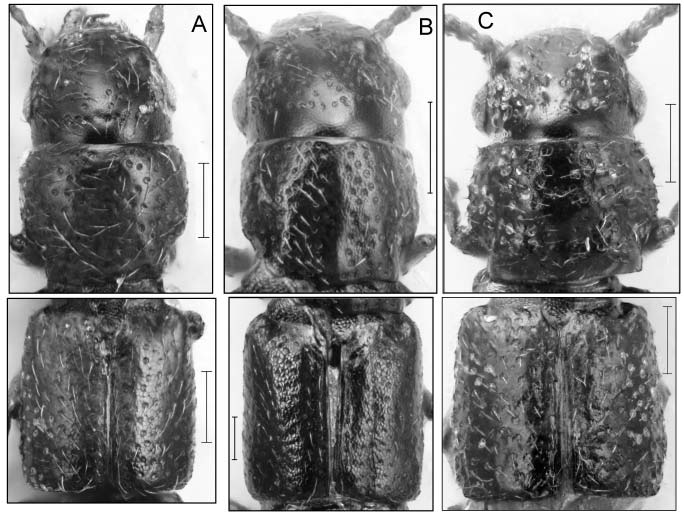