Types are deposited at the AMNH, NYC and labeled as ”Pasadena Cal., Gall 2.7.20.”, ” Q. chrysolepis, Kinsey   coll.”, red ” Andricus spectabilis   , Holotype ”. The holotype and seven female paratypes in the general collection with the same labels as the holotype were examined. Details of adults reared by the authors are given below in “Material examined”.

Diagnosis. Morphological peculiarities of the species are given in the Diagnosis to the genus above.

Description. A detailed description of the species is given in Kinsey (1922a, 1922b), Liljeblad et al. (2008), also see the genus description above.

Gall ( Figs 15–16 View FIGURES 12–16 ). Elongated multilocular stem swelling gall, oval to spindle-shaped, 25 mm broad, up to 55–100 mm long, surface covered by bark with the same colour and texture as the bark of twigs. While growing the gall tissues have the texture of firm cheese and can easily be cut; when mature, the gall is woody and hard internally. Larval chambers are 3 mm in diameter, up to 5 mm long and usually located towards the center of the gall.

Biology. Only the asexual generation is known. The gall was previously known only from Quercus chrysolepis   . We also collected this species from Q. vacciniifolia Kellogg. Galls   develop in late summer/autumn and are mature by October-November. Adults overwinter in the galls and emerge in the following spring.

Comments. Within-species variation in cytb is high, with sequences clustering into two mitochondrial lineages that show limited diversity within lineages (0% and 0.9% among three and four individuals per lineage respectively), but a divergence of 10.4-10.9% between individuals from different lineages. This variation is much higher than that typically seen within cynipid species (e.g. Nicholls et al. 2012; Tang et al. 2016a, 2016b). The two cytb lineages do not correspond to the observed morphological variation in the colour of the metasoma; instead the mitochondrial lineages are spatially structured, with one lineage sampled only from Los Padres National Forest in southern California, and the other from sites in northern California. However, this deep divergence in the mitochondrial data is not reflected in the nuclear ITS2 data, with only limited variation apparent among the seven sequences obtained (3 variable sites out of 606 base pairs, 0.5%), consistent with expected within-species diversity at this locus ( Nicholls et al. 2012). Although limited, the variation in ITS 2 may also possibly reflect spatial structure, with two variable sites separating the sample from Yosemite National Park from the other samples, and one variable site separating the southern Californian samples from the remainder. These genetic results indicate that P. spectabilis   is a single coherent species that nevertheless shows significant population structure, perhaps reflecting refugial structure from Pleistocene climate oscillations. 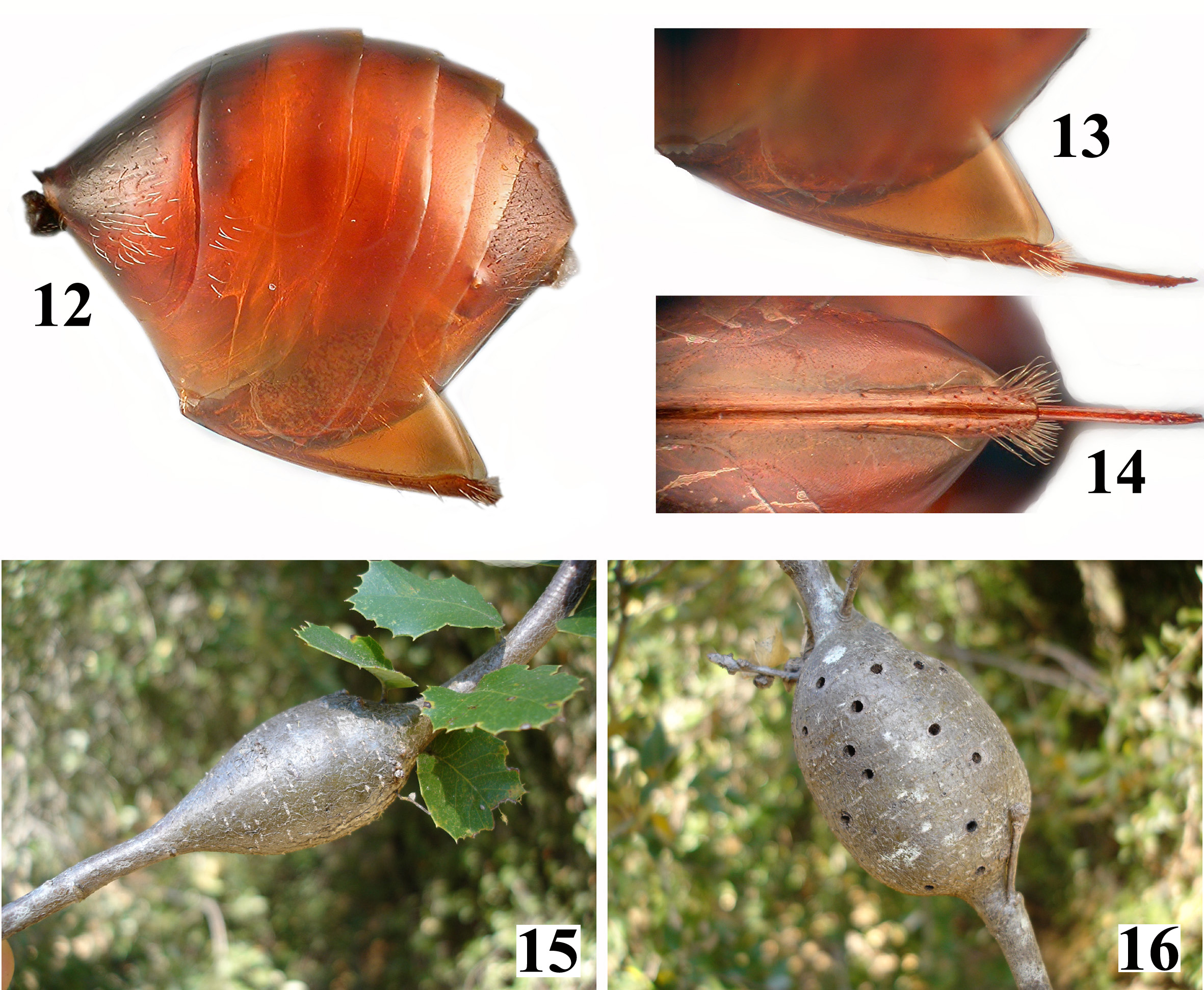