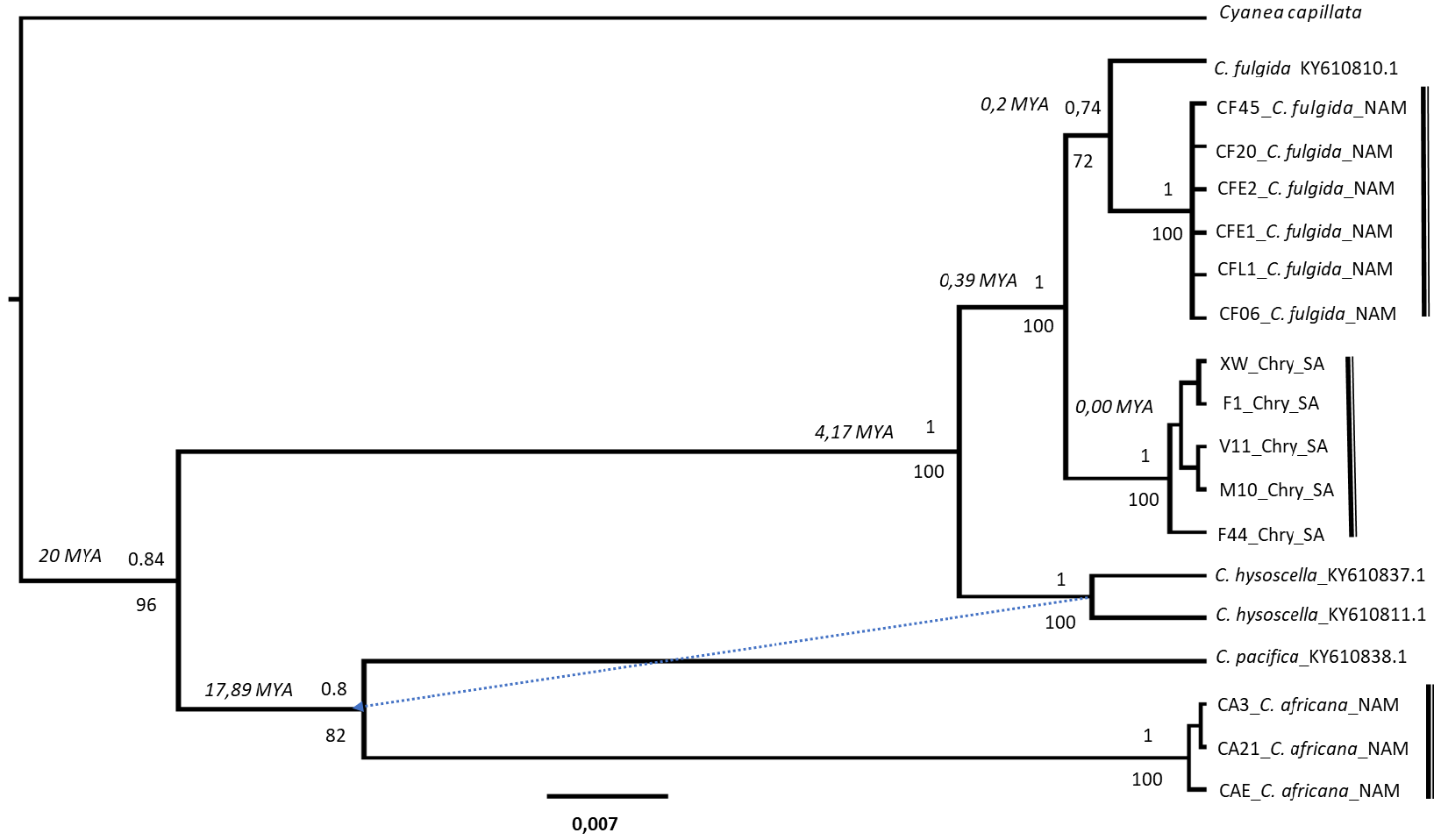 FIGURE 3. Rooted Bayesian species tree for the concatenated nuclear dataset of 18S, ITS1, ITS2 and 5.8S based on the GTR+I+G model of evolution. Posterior probabilities (BY) and bootstrap support values (ML) are given above and below branches respectively. Dotted lines indicate alternative topologies present in Maximum Likelihood analyses. Estimated divergence times, as determined by a time calibrated (RelTime) analysis, are represented on nodes as MYA. 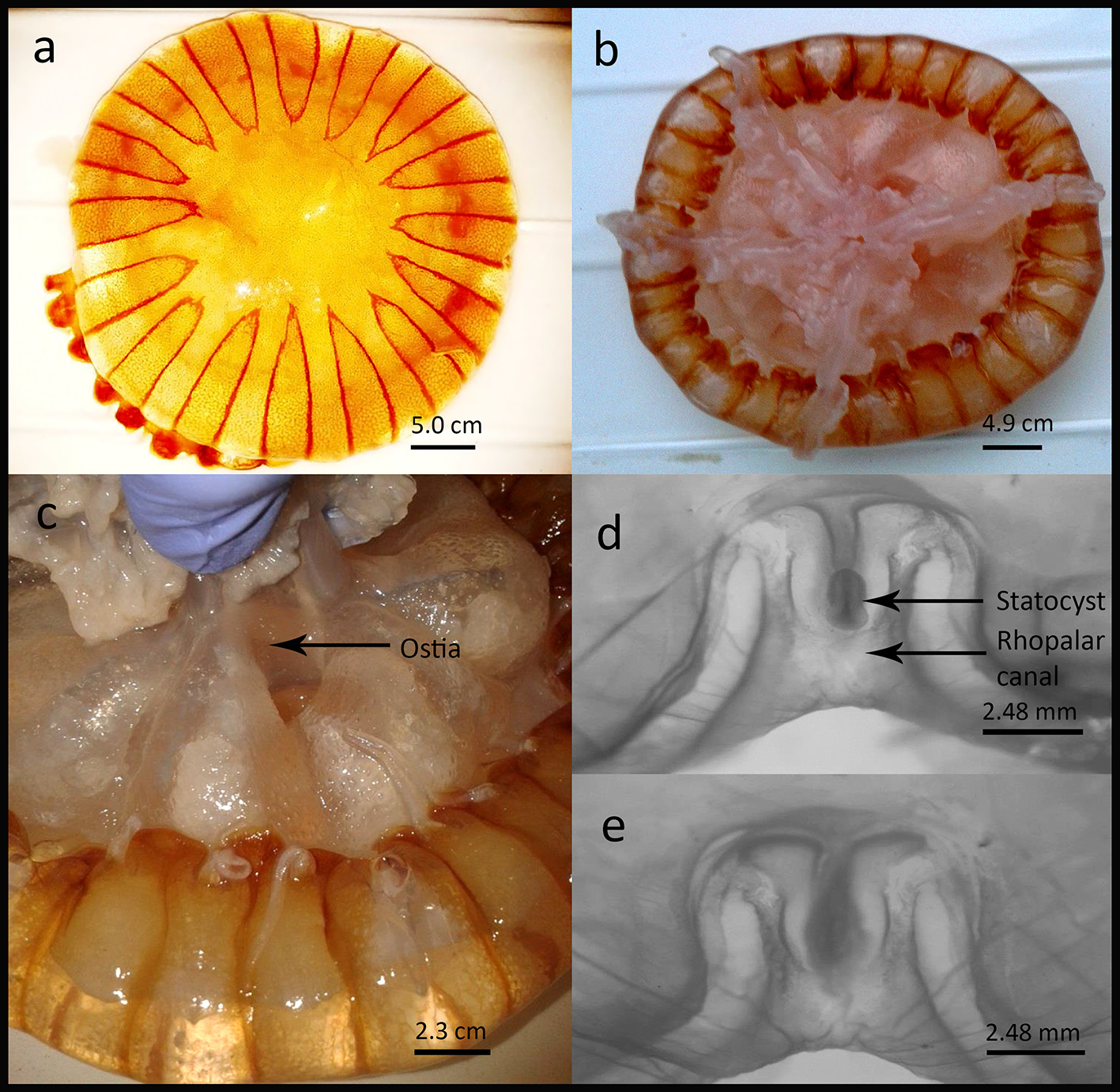 FIGURE 4. Photographs of the Holotype specimen (MB-A088455) of Chrysaora agulhensis sp. nov. submitted to the South African Natural History Museum, collected at False Bay (Fish Hoek), South Africa in June 2014, showing a) the exumbrellar surface with characteristic star-shaped colouration and b) the subumbrellar surface showing colour and length of the oral arms, colour of manubrium as well as the shape of the velar and rhopalial lappets. The shape of the tentacular and rhopalial pouches, showing radial septum fusing at periphery of rhopalial lappets can also be seen in this image. In c) the arrangement of the primary and secondary tentacles (2:1:2) are shown, with the shape and size of the ostia also clearly visible. Enlarged images of the rhopalium which illustrates: d) the ventral view showing the hood and e) the dorsal view showing the statocyst and rhopalal canal.