Remarks. This flightless species is apparently endemic to Cameroon. Representatives of the Mt. Kupé population differ slightly from the holotype, which originated from Mt. Febé (some 300 km eastwards). The differences are mainly in the punctures of the pronotum and elytra, which are larger and sparser in the Mt. Kupé population. While the aedeagus does not show appreciable differences, the lack of additional material from the type locality makes it impossible to draw any conclusion about any possible specific separation of these two populations. The current placement of this taxon within the genus Melanophilharmostes   is uncertain. Melanophilharmostes   and Pseudopterorthochaetes   are similar to each other and there is some confusion in their generic definitions. Paulian (1977), in the key to the African genera of Ceratocanthinae   , distinguished the two genera on the basis of the presence/absence of a lateral carina delimiting the pseudoepipleuron and the development of apical teeth of the protibiae. However these characters were somewhat misinterpreted and/or overemphasized and were not followed consistently as, for example, in M. demirei   . This species clearly shares several key characters with Pseudopterorthochaetes   and strongly differs from the majority of the species currently assigned to Melanophilharmostes   , namely from the group of species comprising the type species of Melanophilharmostes   : M. zicsii (Paulian, 1968)   , which includes at least M. carinatus (Paulian, 1974)   , M. ghanae (Paulian, 1974)   , M. palustris (Petrovitz, 1968)   , M. posthi (Paulian, 1937)   , M. pseudoposthi ( Paulian, 1977)   , M. puncticeps (Paulian, 1946)   , M. vincenti (Paulian, 1968)   , M. zicsii   , and probably also M. bicarinatus (Paulian, 1974)   and M. ocellatus (Paulian, 1968)   . A detailed morphological analysis suggests that other characters could be more reliable in defining the genera than the ones used by Paulian, especially the sexual dimorphism of the mesotibiae and protibiae. The mesotibiae of Melanophilharmostes   are subrectangular and the male mesotibiae have the inner apical spur bent inwards at a right angle, while in Pseudopterorthochaetes   species the male mesotibiae are narrowed slightly apically and lack the inwardly bent inner apical spur. As a result of the adoption of these new characters there are some species (including M. demirei   ) assigned to Melanophilharmostes   , which actually should be transferred to Pseudopterorthochaetes   . A complete redefinition of these two genera and the resulting new combinations will be the topic of a future paper. 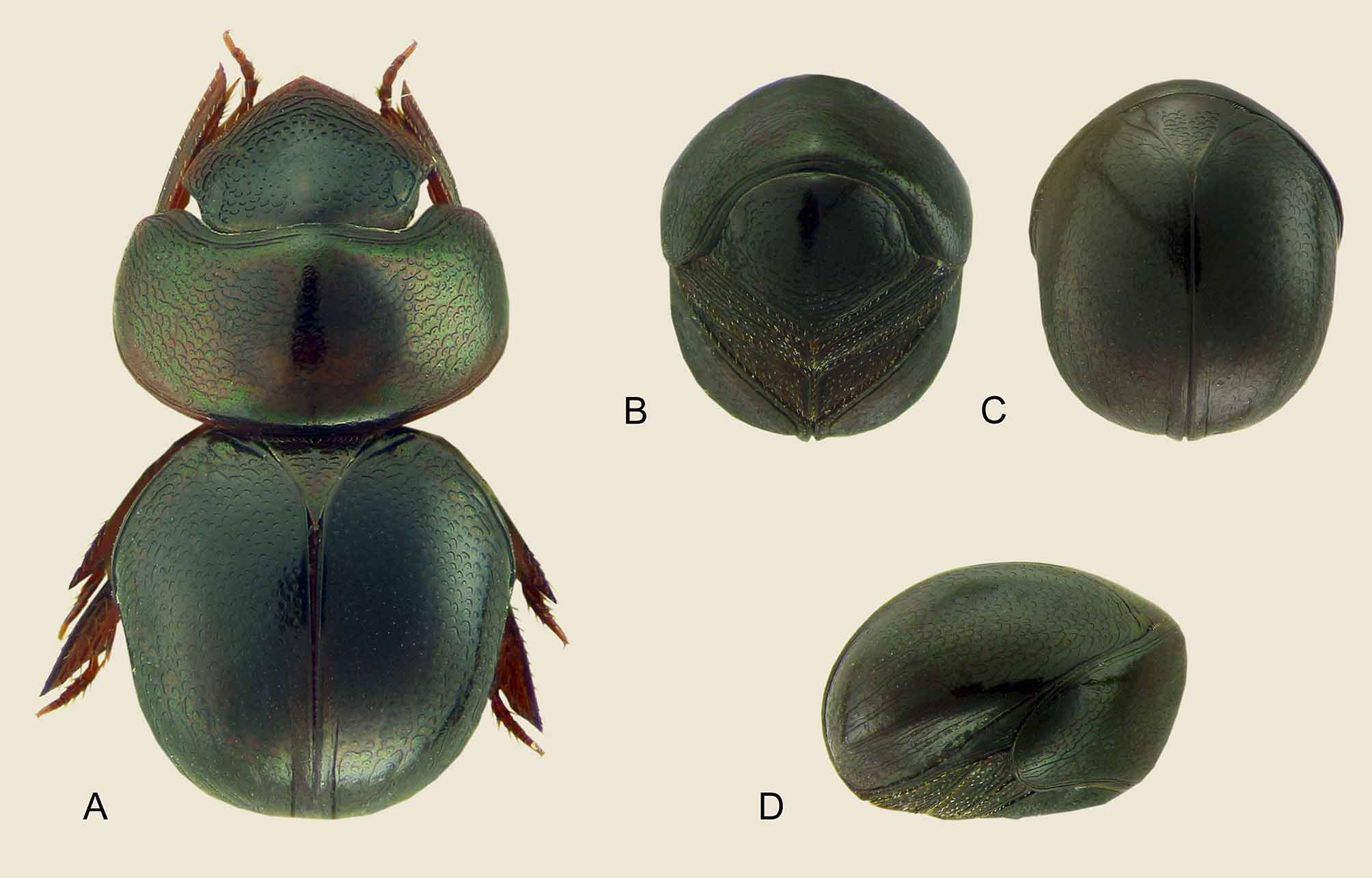